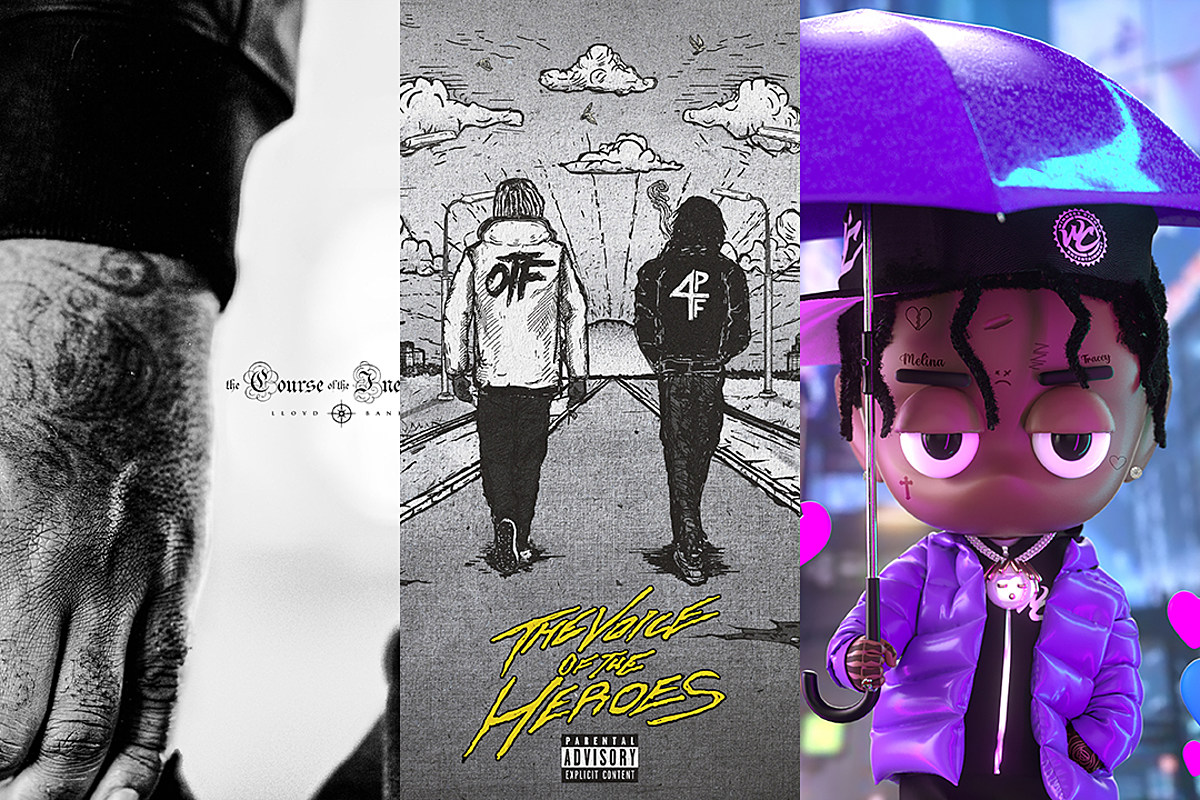 One time for the new releases this week that can serve as the soundtrack for the weekend. Rap heads have been anticipating a project from two of hip-hop’s hottest rappers and it has finally arrived. There are also offerings from a seasoned New York City-bred MC and an up-and-coming drill rapper also from The Big Apple. Take a look below to see what’s hot and fresh on the music scene.

The only thing better than listening to one rap legend in the making is watching two of them collaborate with each other. Lil Baby and Lil Durk join forces to bring their fans The Voice of the Heroes. The 18-track album features Travis Scott, Rod Wave, Young Thug and Meek Mill. The previously leaked song with Meek called “Still Runnin,” in which Durkio appears to be taking jabs at a few rappers is on the record as well. Prior to the LP’s arrival, the rap duo released the album’s first single, “Voice of the Heroes,” on May 31.

Lloyd Banks hasn’t dropped a project since 2016, and fans of his skilled pen game are in for some elite rap veteran bars. On the Queens, N.Y. native’s latest project, The Course of the Inevitable, he keeps some of the guest appearances close to home with lyrical support from Benny The Butcher of Buffalo, N.Y., Harlem’s own Vado and Styles P, who hails from Yonkers, N.Y. Nearly five years ago, Banks dropped his Halloween Havoc 3: Four Days of Fury mixtape and before that was A.O.N. (All Or Nothing) Series Vol. 2: L.I.U. (Live It Up), both arriving in 2016. His last album, H.F.M. 2 (The Hunger for More 2), came out in 2010, and was the second coming to his 2004 G-Unit debut, The Hunger for More.

Sleepy Hallow has a growing buzz on the Brooklyn drill scene, becoming one of the hottest rising rappers out of the borough over the last year. Still Sleep? is the 21-year-old rhymer’s debut album after releasing projects Sleepy Hallow Presents: Sleepy for President last year and Don’t Sleep in 2019. “2 Sauce” and “2055,” two tracks that arrived ahead of the full-length project’s debut on Wednesday (June 2), appear on the LP.