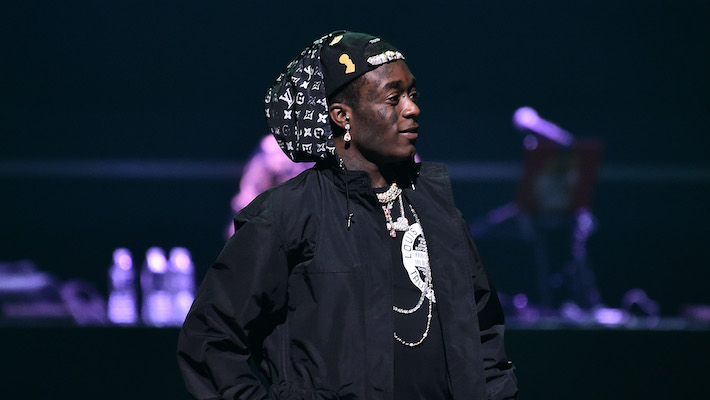 Just ahead of Lil Uzi Vert’s short-lived retirement, the rapper began teasing his long-awaited record Eternal Atake. The LP finally arrived in March after a surprise-drop and received a number of accolades. Along with debuting at No. 1 on the Billboard 200 chart, the record was nominated for an AMA award. While most musicians would be over the moon about the nomination, Uzi isn’t holding his breath for a win.

Uzi’s Eternal Atake is nominated for Favorite Rap/Hip-Hop Album at the upcoming AMAs, which takes place November 22. But because Uzi also shares the category with Lil Baby’s My Turn and Roddy Ricch’s Please Excuse Me For Being Antisocial, he isn’t confident that he’ll be taking home the trophy. Replying to a fan’s question about his reaction the nomination, Uzi succinctly replied: “My thoughts Oh yea I’m not winning that.”

Despite the long wait for Eternal Atake, it didn’t take Uzi long before he released yet another project — this time with Future. Last week, Uzi joined forces with Future for the 16-track effort Pluto X Baby Pluto. The duo had been teasing the project for several months and by the time it was officially released, Uzi had already set his sights on something else. A day following Pluto X Baby Pluto, Uzi teased that he has yet another project coming with Future.

Expansion of voting amongst options proposed at District 40 candidate discussion…