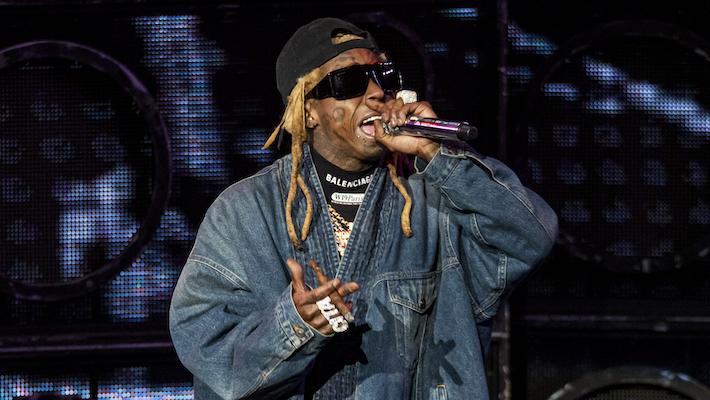 In the days leading up to the election, Lil Wayne posed for a photo with Donald Trump and showed some support for the president, which many in the music community didn’t take well. It appeared his girlfriend, model Denise Bidot, wasn’t the biggest fan either, as there were rumors the two had broken up over it.

They unfollowed each other on Instagram and Bidot de-activated her account after writing, “Sometimes love just isn’t enough…” with some broken heart emojis. Bidot denied the rumors, tweeting, “I did NOT! This is absolutely false.” She later noted that Wayne actually ended things because she supported Joe Biden. Whatever did or did not happen, there is a development in the situation: Wayne has now re-followed Bidot on Instagram, as The Shade Room points out. Bidot is currently the only account Wayne follows on the platform.

After the rumored break-up, Wayne also shared a message in which he wrote, “I live the way I love and love the way I live. I’m a lover not a lighter bekuz they burn out. I am an eternal fire and burning love, either leave with a tan, a 3rd degree burn, or stay and die in love. You’re sweating. Sincerely, the fireman.”