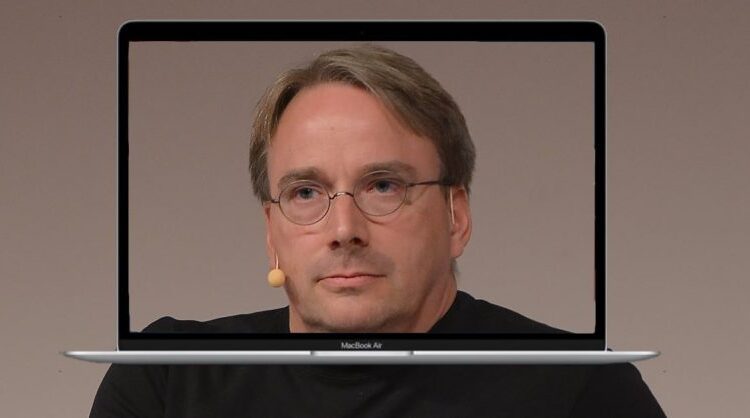 Earlier this month,  Apple revealed its own ARM-based M1 processor, along with new MacBooks and a desktop Mac Mini powered by this chip. Reviewers across the globe have been praising Apple‘s first attempt, giving it high marks for performance and battery life.

All this positive coverage has tempted many to take the plunge and buy one of the new machines — even if some apps are not running natively at the moment. Even Linus Torvalds, the principal developer of the Linux kernel, wants one. However, he wants it to run Linux:

I’d absolutely love to have one, if it just ran Linux.. I have fairly fond memories of the 11″ Macbook Air (I think 4,1) that I used about a decade ago (but moved away from because it took Apple too long to fix the screen – and by the time they did, I’d moved on to better laptops, and Apple had moved on to make Linux less convenient).

Answering to question in the Real World Tech forum, Torvalds said that while Apple runs its servers and cloud services on Linux, its computers don’t run it natively. He said that he’s been wanting an ARM-based Linux laptop for a while, but the but he doesn’t want to have to mess with Apple’s new laptop for it to run Linux:

I’ve been waiting for an ARM laptop that can run Linux for alongtime. The new Air would be almost perfect, except for the OS. And I don’t have the time to tinker with it, or the inclination to fight companies that don’t want to help.

Linux support on MacBooks would’ve made it a more attractive bet for programmers. However, I don’t think any engineers at the Cupertino campus plan to make that happen anytime soon. Sorry, Linus.

Andrew ‘Twiggy’ Forrest is allowed to skip quarantine in notoriously…

An Investigation Into the Underworld of Hip-Hop Song Leaks