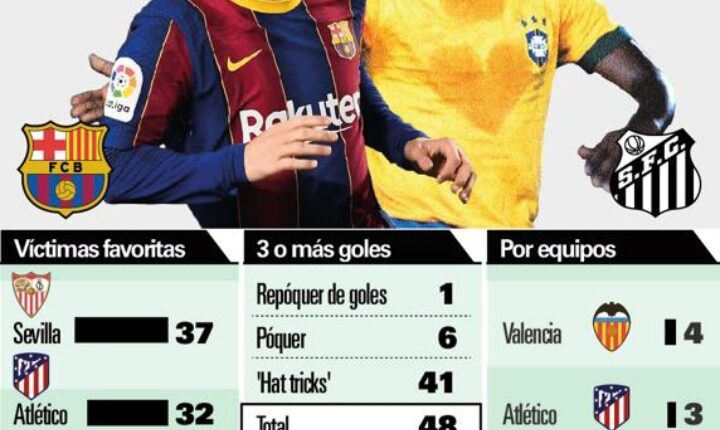 Lionel Messi could be in line to hit yet another record this evening, this time one belonging to one of the greatest footballers of all time, Pele.

Messi has scored 640 goals for Barcelona and is only three short of Pele’s record of 643 for Santos, as Mundo Deportivo point out.

The only thing he’s missing is a hat-trick, so if he can pull it off this evening against Atletico Madrid at the Wanda Metropolitano he’ll have more to celebrate than just three points.

There is a precedent to consider this as a realistic possibility. The Argentine has scored three hat-tricks against Atleti in the past, two in the league at Camp Nou and one in the cup at the Vicente Calderon. In total, he’s scored 48 hat-tricks. Continue reading