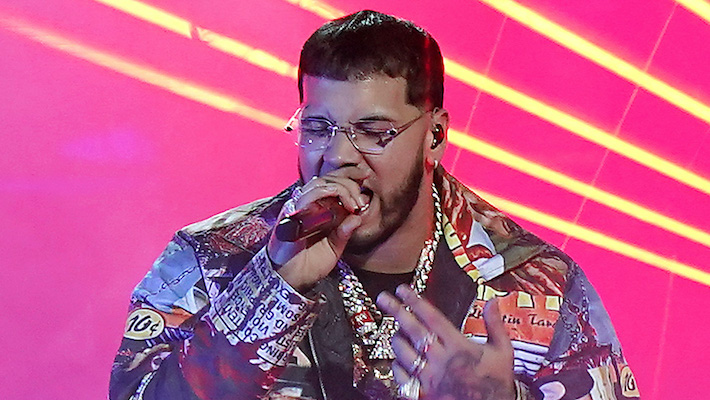 The producer duo Internet Money (Nick Mira and Taz Taylor) broke out in a huge way this year thanks to their debut album B4 The Storm and its lead single, “Lemonade” featuring Don Toliver, Gunna, and Nav. The song, which arrived with a splash in August, climbed to No. 6 on the Hot 100 and subsequently received a remix with the Billboard-dominating Roddy Ricch, extending its popularity. However, Mira and Taylor aren’t done with the track yet; today, they released yet another remix of the song, this time with a Spanish verse from Reggaeton star Anuel AA.

Although Internet Money may be a new-ish-seeming group to the uninitiated, they’ve technically been running the charts for some time. As a collective, they’ve been responsible for hits from the likes of Drake, Gunna, Juice WRLD, Lil Baby, Lil Tecca, Lil Uzi Vert, Trippie Redd, and more. Basically, if it’s been on the radio or Rap Caviar-style playlist in the last two years, there’s a strong chance either Nick or Taz had a hand in it. B4 The Storm, which released August 28 through TenThousand Projects, featured many of their go-to collaborators as well as rising stars like 24kGoldn, Iann Dior, Lil Mosey, Lil Skies, StaySolidRocky, and The Kid Laroi.

Listen to the “Lemonade” remix above.