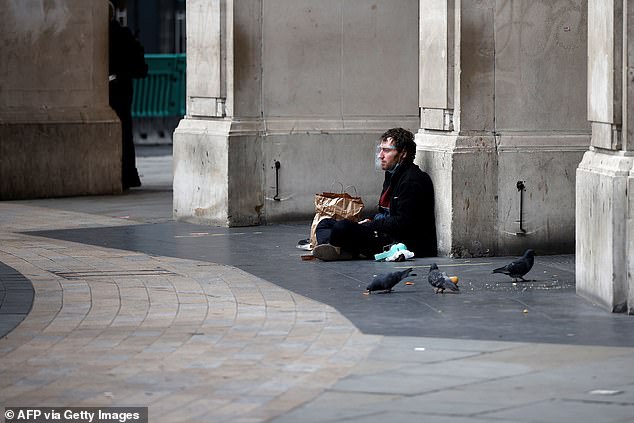 By Jemma Carr For Mailonline

London‘s homeless will be offered a two-week stay in a hotel over Christmas – with three meals a day and virtual appearances from celebrities.

Homelessness charity Crisis is unable to use large-scale dormitories to house rough sleepers over the festive period due to the Covid-19 transmission risk.

Instead – in a break with nearly 50 years of tradition – the charity has paid for 517 hotel rooms at four London hotels which were provided by London Hotel Group for cheaper rates.

London’s homeless will be offered a two-week stay in a hotel over Christmas – with three meals a day and virtual appearances from celebrities. Pictured: A homeless person in London in November 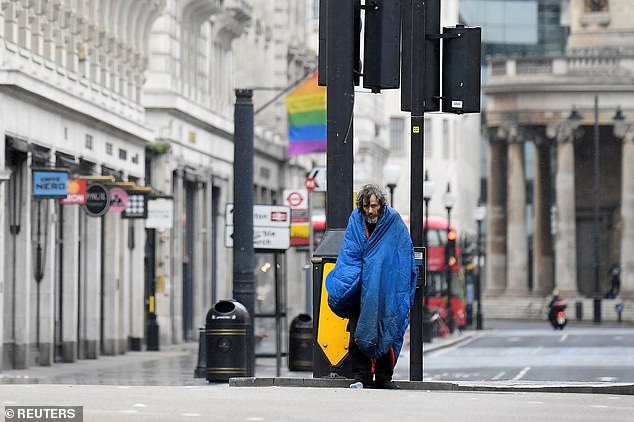 Homelessness charities have said several households were ‘badly affected’ by the coronavirus crisis – even before the Covid peak hit. Pictured: A homeless person in London in April

Crisis Christmas boss Ian Richards told The Sunday Times: ‘Normally, we would be running 10 centres with 4,000 guests and 12,000 volunteers.

‘Then this came along, and we just really had to stop and reinvent the wheel from scratch.

‘We didn’t want to do anything less. Our first objective was to offer as much as we always have done in a different way.’

A special app created by a volunteer will allow residents to stream entertainment from a phone. It will also let them know when health services – including a podiatrist – can be used in the hotel.

Actors Imelda Staunton and Jonathan Pryce and pop star Ellie Goulding are set to virtually appear for a streamed Christmas quiz on December 25.

Homelessness charities have said several households were ‘badly affected’ by the coronavirus crisis – even before the peak hit.

Job losses, a short-lived eviction and a lack of Government-funded hotel stays in the second lockdown are feared to have not been enough to help those desperately in need. 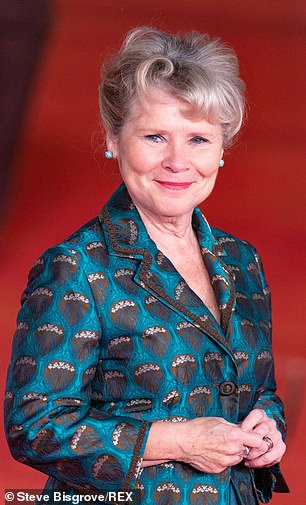 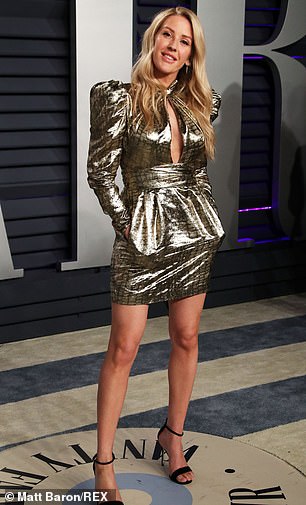 Some 36,690 households were classified as being homeless between January and March this year, according to statistics from the Ministry of Housing, Communities and Local Government (MHCLG).

A further 38,450 households were assessed as being threatened with homelessness within 56 days over the same period.

More recent reports on homelessness figures have not yet been released, but the number of people on the streets is understood to have increased in the Autumn.

In the first lockdown, 15,000 fully-funded hotel stays were offered to Britain’s homeless.

This scheme was not repeated in the second round nation-wide restrictions. Increased funding for organisations and councils was offered instead.