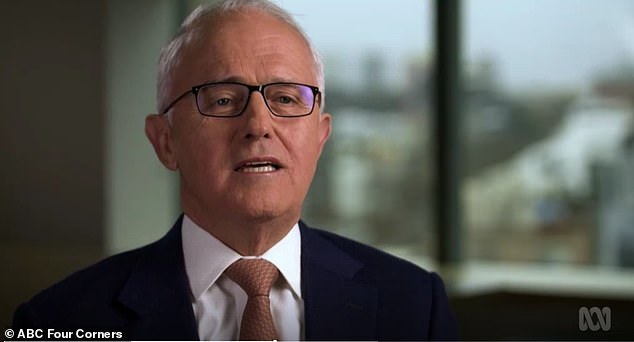 The two ministers caught up in Four Corners’ expose of alleged inappropriate behaviour in Canberra were both the subject of cryptic passages in Malcolm Turnbull‘s memoir.

The ABC TV program on Monday revealed married Immigration Minister Alan Tudge had an affair with his media adviser, Rachelle Miller, in 2017.

His colleague, Attorney-General Christian Porter, has also been forced to categorically reject claims that he was seen ‘getting close’ with a ‘young woman’ at Canberra’s Public Bar that year.

Former PM Turnbull sat down with the last night’s ABC program to criticise the ‘culture’ in Federal Parliament’s corridors of power, and later appeared on the broadcaster’s Q&A discussion panel.

A fresh reading of Mr Turnbull’s memoir released this year, A Bigger Picture, shows Mr Tudge was the subject of a veiled passage about an ‘awkward’ situation he had allegedly found himself in. 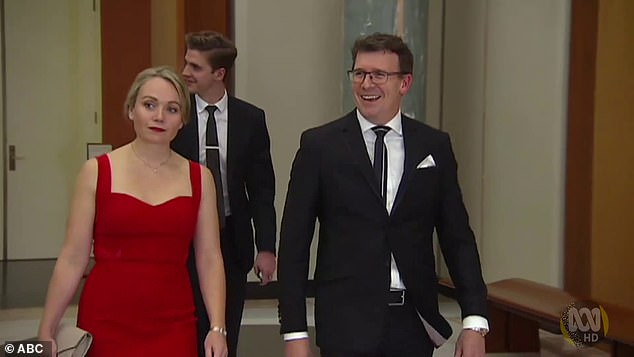 ‘Alan Tudge had a mix of complaints about policy and people,’ Mr Turnbull wrote.

‘He claimed, without any particulars, that (senior Turnbull aide, his principal private secretary) Sally Cray had ‘briefed against him’.

‘I reminded him of how Sally had helpfully and discreetly managed a rather awkward situation he had got himself into.

”If she’d wanted to brief against you, wouldn’t that have found its way into the public domain, Alan?’ I asked.

‘He went a little pale but conceded the point.’

Daily Mail Australia has sought comment from Mr Turnbull via his publisher about whether that was an oblique reference to Mr Tudge’s affair with Ms Miller.

Ms Miller last night told the ABC that rumours about her relationship with Mr Tudge abounded in the federal press gallery.

‘Alan put a lot of pressure on me and quote-unquote, asked me to ‘war-game’ the lines that I was going to give the journalists,’ she said.

‘And so when I’d call, it’d be all like, ‘Make sure you don’t talk, make sure you get your lines straight.’

Ms Miller eventually left Mr Tudge’s office for another minister, but was demoted in a restructure, the ABC reported. She later quit politics.

‘I knew I was leaving a job that I really loved, but I didn’t see that there was any other way out,’ she said.

‘And look the culture is very much like that. It’s very much, ‘you sacrifice yourself for the good of the party’.

Mr Tudge admitted the affair in a statement last night. ‘Tonight, matters that occurred in my personal life in 2017 were aired on the ABC’s Four Corners program.

‘I regret my actions immensely and the hurt it caused my family. I also regret the hurt that Ms Miller has experienced,’ he said.

Attorney-General Porter has rejected claims aired on the program that he was seen ‘getting close’ with a woman at a bar.

‘Depictions of interactions in the bar are categorically rejected,’ the nation’s chief law officer responded.

‘The other party subjected to these baseless claims directly rebutted the allegation to Four Corners, yet the program failed to report that.’

Mr Porter, too, was the subject of targeted remarks in Mr Turbull’s autobiography. 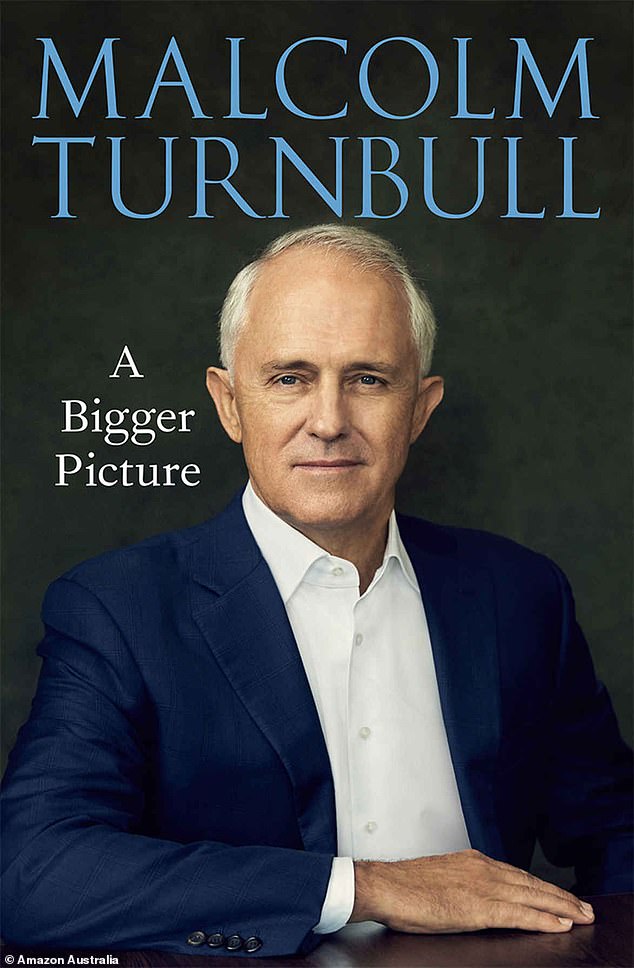 The comments allegedly occurred in a meeting where the two at odds over whether Peter Dutton was eligible to succeed Mr Turnbull as prime minister in 2018.

Mr Turnbull recalled: ‘Porter started to tear up at the other side of my desk as he bemoaned the narrow, 2 per cent, margin by which he held his seat and how he was now inevitably going to lose it.

‘I didn’t come here to do this I came here to sit in your chair, and now I’m going to lose it all,’ he moaned.

The former Liberal leader continued: ‘I did my best to console him. ‘Christian, it’s not all about you remember.

‘And if you do lose your seat, you won’t have to come to Canberra and you can spend more time with your family.’

Last night’s Four Corners program stated that Mr Turnbull spoke to Mr Porter in December 2017 – days before promoting him to Attorney-General – about reports about him being out in public with young women and drinking too much.

Mr Turnbull told Q&A he had given Mr Porter ‘sensible advice’ and claimed there was a ‘lot of stuff’ aired in the program he hadn’t known about him.

‘Frankly, I didn’t know until tonight.’

In a statement last night, Mr Porter said: ‘Malcolm Turnbull as Prime Minister often summoned ministers in frustration about the amount of detail leaking from his Cabinet.

‘I had one such meeting in early December 2017, where Malcolm put to me a rumour that I had leaked to journalist Sharri Markson about the Banking Royal Commission and towards the end of that meeting he queried whether there was any accuracy to what he described as another story he had heard, the answer was no to both of these things.’

He said the only problem he and Mr Turnbull had was at the end of his prime ministership about Mr Dutton’s citizenship issue.

‘In my time as AG I never had any complaint or any suggestion of any problem from Malcolm regarding the conduct of my duties as AG until the last week of his Prime Ministership when we had a significant disagreement over the Peter Dutton citizenship issue.’

The Attorney-General said he is looking at legal options over the Four Corners program, claiming it was defamatory.