Anthony Nealy, 31, from North Carolina, has been charged with sexual servitude with a child victim, child abuse including a sexual act, rape of a child and statutory sex offense with child

A North Carolina man has been arrested for allegedly keeping a young girl as a sex slave at his home since 2015.

According to arrest warrants, Nealy, of Kings Mountain, began molesting the victim, identified only as a girl under the age of 12, in January 2015, and the abuse continued until last month.

A neighbor said Nealy was arrested after the child confided in a school counselor about the alleged abuse, sparking an investigation, reported Fox46.

Nealy is suspected of keeping the girl as a sex slave, taking her to various locations and raping her.

Other neighbors said they would see Nealy walking the child to and from school every day, but they were never seen playing outdoors together. 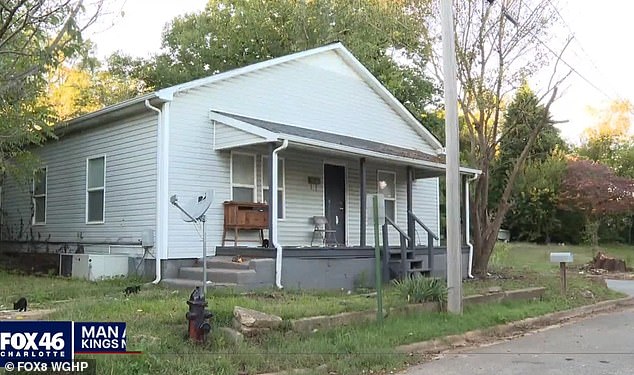 Those who knew Nealy described him as seemingly easy-going and friendly, even helping a neighbor with yard work.

‘It’s crazy, I mean, you can’t trust anybody nowadays, nobody,’ one woman said. ‘You don’t even know who your neighbors are.’

Nealy made his initial court appearance on Monday and attempted to ask the presiding judge to reduce his $500,000 bond, but she interrupted him, refusing to lower the amount, reported The Shelby Star.

Nealy remained in the Cleveland County jail on Thursday. His next court appearance is scheduled for October 29.