This is the bizarre moment a man dramatically falls out of a moving van on a busy roundabout in London.

The astonishing incident was filmed on the Jolly Waggoners Roundabout in Hounslow, West London .

In the footage – which was filmed on a dashcam in a following car – a man suddenly tumbles right out of a moving van after the front passenger door abruptly flings open.

The is the bizarre moment a man falls out of the passenger seat of a van going around the Jolly Waggoners Roundabout in Hounslow, west London 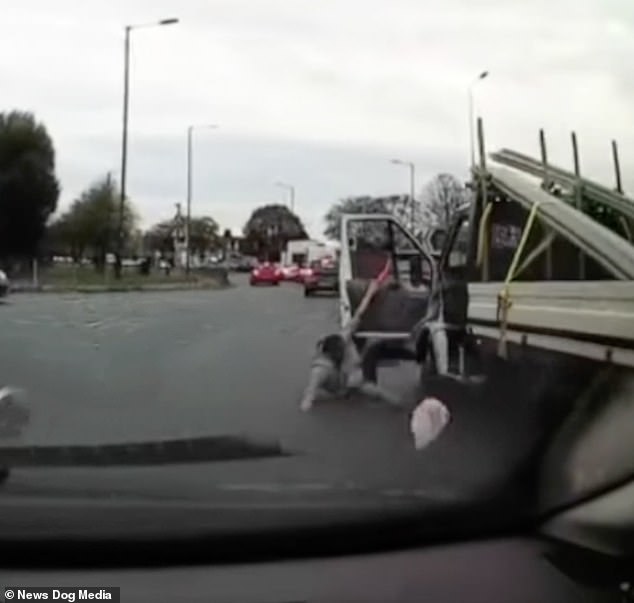 Luckily for the passenger, the following driver stands on the brakes and avoids running into him 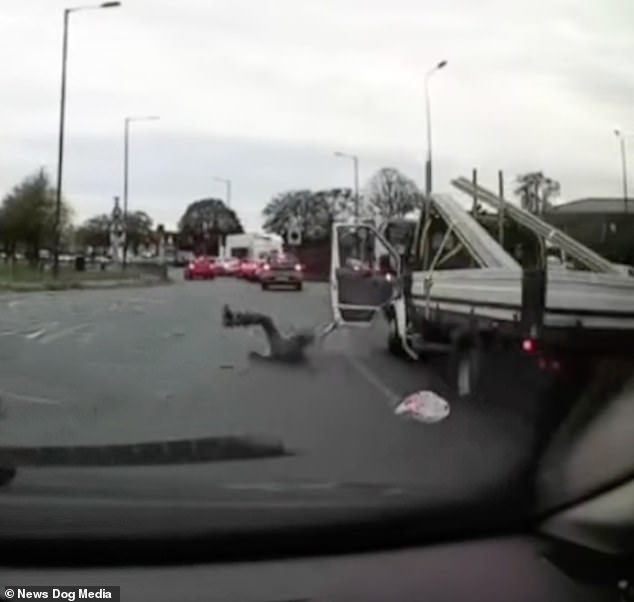 The passenger desperately tries to hold on to the handle of the front passenger door of the scaffolding van. However he is unable to cling on for his life and abruptly falls into middle of the busy roundabout.

Astonishingly despite his dramatic fall into the roundabout, the visibly stunned man manages to get back onto his feet as the clip ends.

It is unknown who filmed the footage or how the man fell out of the van however the clip has been circulating online on social media since yesterday.

Online users could not believe the scenes in the clip and how the man was able to get back up on his feet after the shocking fall.

One individual meanwhile commented: ‘Oh my goodness he’s so lucky he walked away!’

Whilst another said: ‘How did he just get up like nothing happened!’

Others humorously compared the incident to a scene on Grand Theft Auto. One wrote: ‘When you press triangle while driving in GTA’. 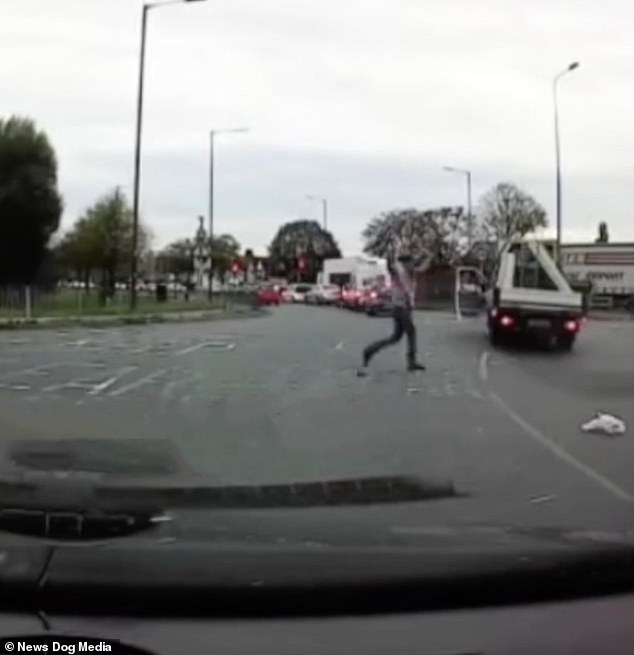 Eventually, the man gets back on his feet and makes his way sheepishly back to the van

6 things you should know before choosing a web hosting company

Little Mix Return From ‘Holiday’ To Host The 2020 MTV EMA