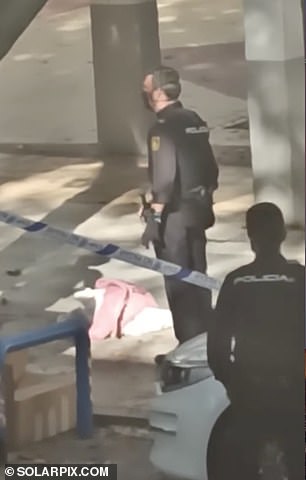 By Natalia Penza For Mailonline

Police in Spain have arrested a man spotted dumping a human head by a recycling bin after discovering the body it belonged to in a nearby flat.

The alarm was raised after the suspect was seen carrying the head poking out of the bag before discarding it and running away.

Witnesses at first mistook the incident in the city of for a sick Halloween joke, with local reports saying the man had even shown the head to some passers-by including children.

Police in the south-west city of Huelva near Spain’s border with Portugal were alerted around 3pm yesterday after members of the public realised the head was real. 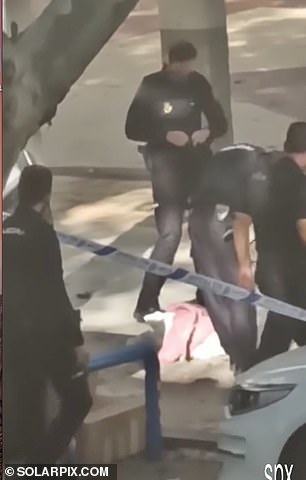 The arrest was made in a nearby flat just after 9pm where officers also discovered the body of the dead man, described as a friend of the detainee who was aged around 50.

Neither man has been named.

Footage emerged today of the police examining the bag containing the head after the area had been cordoned off.

Other officers were filmed interviewing witnesses a few feet down the road.

The recycling bin where it was left is in a central avenue of Huelva called Avenida de Pio XII.

There has been no official comment so far from the police to the macabre find.

A court in Huelva has ordered officials not to make any comment in the early stages of its judicial investigation.

Big Zulu Has A Question For People Who Drink Lean