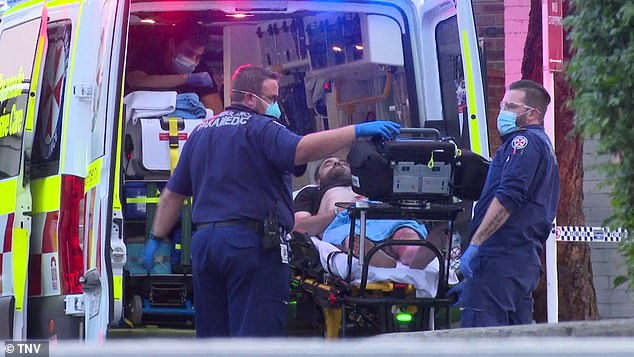 A man has been charged with attempted murder after he allegedly threatened two police officers with a knife in front of shocked bystanders at a shopping centre in Sydney’s south-west.

It is alleged the officers were forced to open fire and shoot the man in the leg for their own safety during the terrifying confrontation in the car park of Bankstown Central shortly after 7pm on Saturday night.

Police said two officers attached to Police Transport Command were sitting in their parked vehicle in the car park when they were allegedly approached by a man wielding a knife. 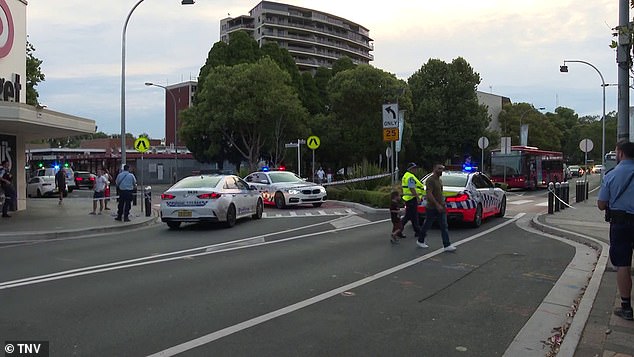 ‘Police will allege the man produced a knife and ran towards them, threatening the officers,’ a NSW Police statement read.

The man, 40, was taken to Liverpool Hospital to undergo surgery, where he remained in a serious but stable condition under police guard on Sunday afternoon. 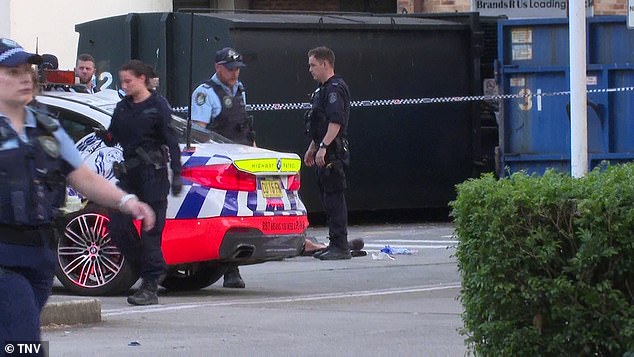 A critical incident team is investigating the circumstances surrounding the incident, where police shot at a man who allegedly charged towards them armed with a knife. Pictured are officers at the scene afterwards 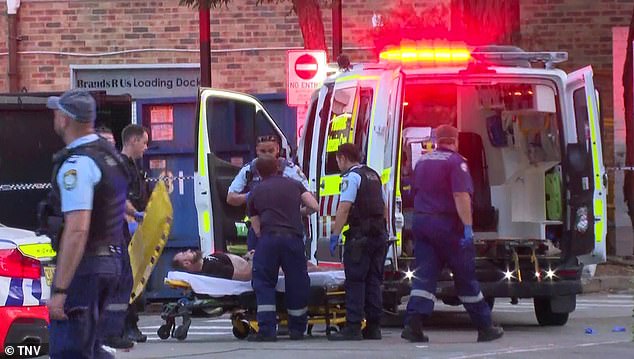 The matter will be heard in Parramatta Bail Court on Sunday.

Swarms of police rushed to the scene on and nearby streets surrounding the shopping centre were cordoned off as police investigated the incident on Saturday night.

A critical incident team is investigating the circumstances surrounding the incident, which will also be subject to a independent review. 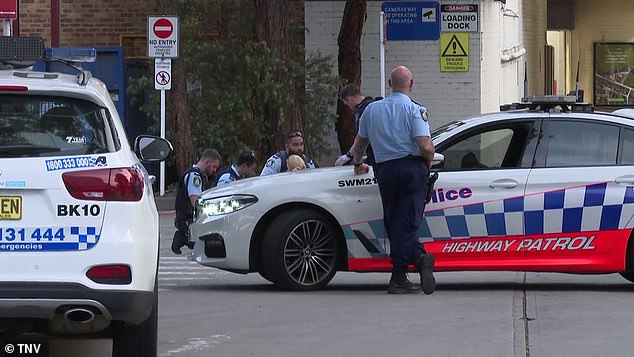 Police were sitting in their vehicle in the shopping centre when they were allegedly confronted by a man wielding a knife. Pictured are officers at the scene