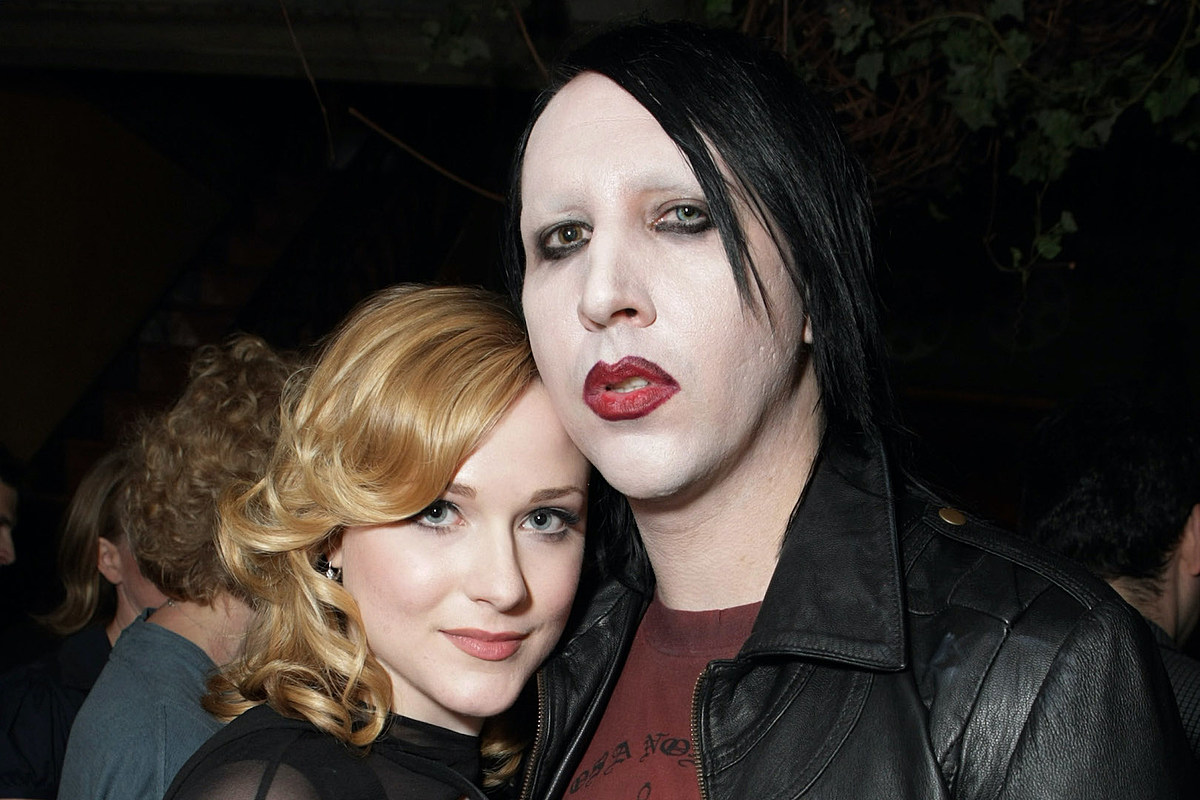 Marilyn Manson was finally asked about former girlfriend Evan Rachel Wood and her compelling abuse testimony before congress in 2018. Manson ended an interview with Metal Hammer after Evan Rachel Wood’s name was brought up, dismissing allegations against him as “rumors.”

Though Wood didn’t name Manson while speaking to Congress, the timeline of her experience and the description of her alleged abuser has caused some to believe she was referring to Marilyn Manson, who the actress began dating when she was 18 years old. In 2010, the pair became engaged, but broke up before the year was over.

“Even though these experiences happened a decade ago, I still struggle with the aftermath; my relationships suffer, my partners suffer, my mental and physical health suffers,” Wood said in her statement to United States House Judiciary Subcommittee on Crime, Terrorism, Homeland Security and Investigations. “Seven years after my rapes—plural—I was diagnosed with long-term PTSD, which I had been living with all that time without knowledge about my condition. I simply thought I was going crazy, which is also how we commonly refer to a woman’s distress: lunacy.”

In 2019, Evan Rachel Wood posted photos to Instagram, detailing an abusive relationship she experienced. “The day of this photoshoot, I was so weakened by an abusive relationship. I was emaciated, severely depressed, and could barely stand. I fell into a pool of tears and was sent home for the day,” she wrote.

The photos from the shoot were released in 2010, while Wood was reportedly still dating Manson.

However, Evan Rachel Wood also claimed in 2015 that she regretted nothing from her relationship with the musician. “I wouldn’t trade any of [our relationship],” Wood told Net-A-Porter. “I appreciate everything he taught me. I just don’t think we were right for each other.”

Adding to fans’ speculation that Manson was abusive to Wood, Game of Thrones actress Esme Bianco also testified about an abusive relationship with an unnamed individual while advocating for the Phoenix Act in 2019.

“Fueled by drugs and alcohol he would stay awake for days at a time and I was expected to also,” Bianco shared. “I was often violently shaken awake should I go to sleep without permission … I was bitten until my body was covered in bruises, on another occasion cut with a knife during sex, inflicting wounds up and down my torso. He took photos of my naked, mutilated body and posted them online without my knowledge. I still have this photo, along with photos of my body covered in welts inflicted with a whip … It took me 7 years to get to the stage where I could see these acts for what they were — domestic violence.”

When pressed by Metal Hammer, Manson answered, “Like I said, I won’t qualify it with an answer,” before hanging up the phone.

“It’s important we clarify that we’re not accusing Marilyn Manson of anything,” Metal Hammer write. “We just wanted to have a conversation about it. He refused.”

The magazine published an online article explaining why they felt it was necessary to ask Manson about Wood, which you can find here.

In April 2020, Loudwire reached out to Manson’s representatives when speculation of an abusive relationship with Evan Rachel Wood began circulating online. Our message was received, but Loudwire didn’t receive a statement from Manson. Our subsequent efforts to make contact were unsuccessful.

Lil Loaded Turns Himself in for Murder

‘Modern Witches’ GFRIEND And The Magic Of Collaboration