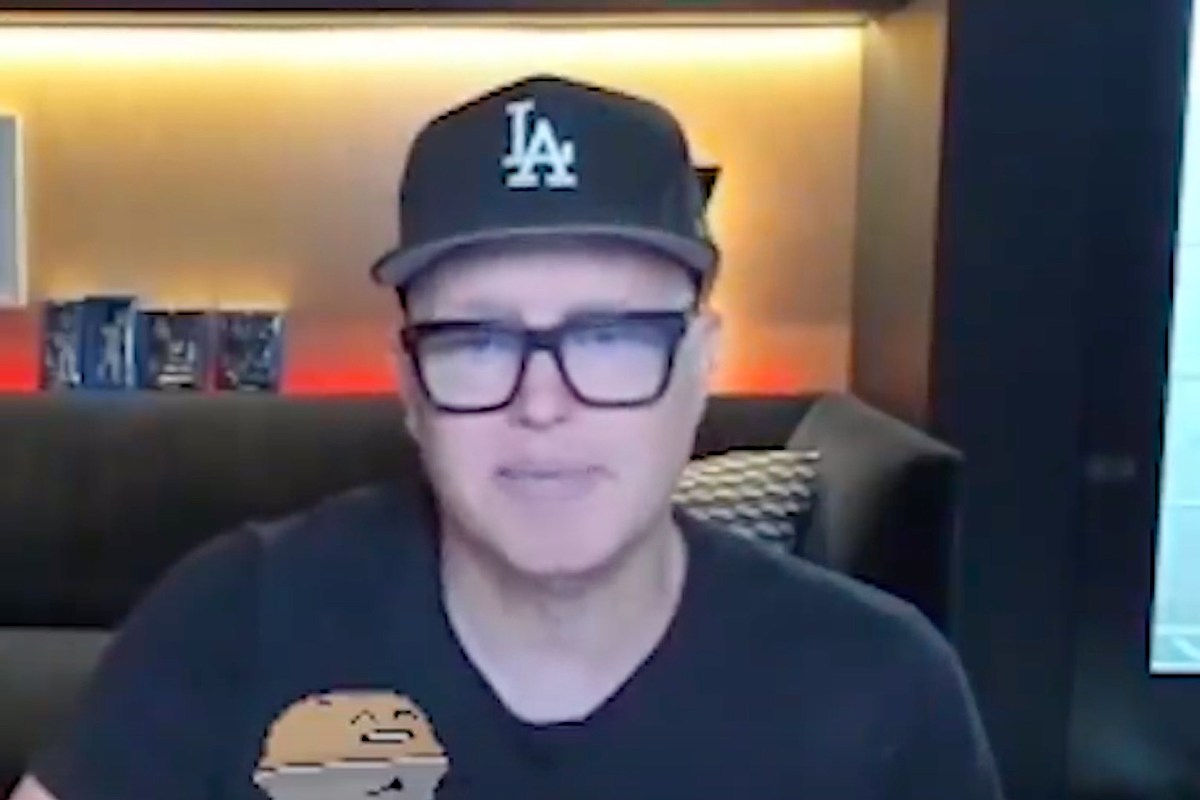 During a new Twitch session, Blink-182‘s Mark Hoppus has shared more details about his recent cancer diagnosis, including what type and stage he is battling.

The musician revealed during the Q+A, which took place on July 13, that he had officially been diagnosed in late April with stage 4-A Diffuse large B-cell lymphoma, which is a type of cancer that his mother had previously battled and beat.

According to the Lymphoma Research Foundation, Diffuse large B-cell lymphoma is the most common type of non-Hodgkin lymphoma worldwide, and more than 18,000 people are diagnosed with the disease every year. It attacks white blood cells, which are imperative to help the body ward off infections.

“It’s entered enough parts of my body that I’m stage 4, which is, I think the highest that it goes,” he said, later adding that he is remaining positive about his prognosis.

Earlier during the discussion, he described his experiences with chemotherapy, comparing the sensation during the first round to that of being a zombie who was electrocuted by a fence or a taser. The second time around, he felt weak, and as if he had a bad case of the flu. His third time receiving chemotherapy is when he started experiencing nausea and sickness.

“Let me tell you something that is real, and it absolutely sucks — a side effect of the chemotherapy is you get something called ‘chemo brain.’ And for me, I forget things that I just should have on call like people’s names, song titles, anything,” he explained.

Earlier this week, the rocker tweeted about a test he was going to be taking July 14, which would potentially determine whether or not he is going to beat the disease. During the Twitch, he went into further detail about the test.

“The test is to find out if my chemotherapy is working at all. And if it is, then I go back for at least three more rounds. Ideally, I go in tomorrow and they say, ‘Congratulations! Your chemotherapy has worked and you are all done, and you’ll never have to think about this cancer again for the rest of your life.’ I hope.”

Even if the chemotherapy did, in fact, work, he said he’ll still be given three more rounds just to make sure it’s completely eradicated from his body.

“If I go in tomorrow and they’re like, ‘It’s kinda working, we think it’s working,’ we’ll see. Then I’ll still do three more rounds, I think. And if they say, ‘Well it’s really not working like we’d hoped,’ then I have to go and talk about other options. Which I guess means a bone marrow transplant.”

“We’re beating this cancer,” he affirmed. “It’s just a matter of time.”

We’re rooting for you, Mr. Hoppus. Watch the full Twitch stream below.

The Most Performed Songs by 50 Rock Acts

Three party girls, 21, APOLOGISE to Wayne Rooney after posing next to him as he slept…