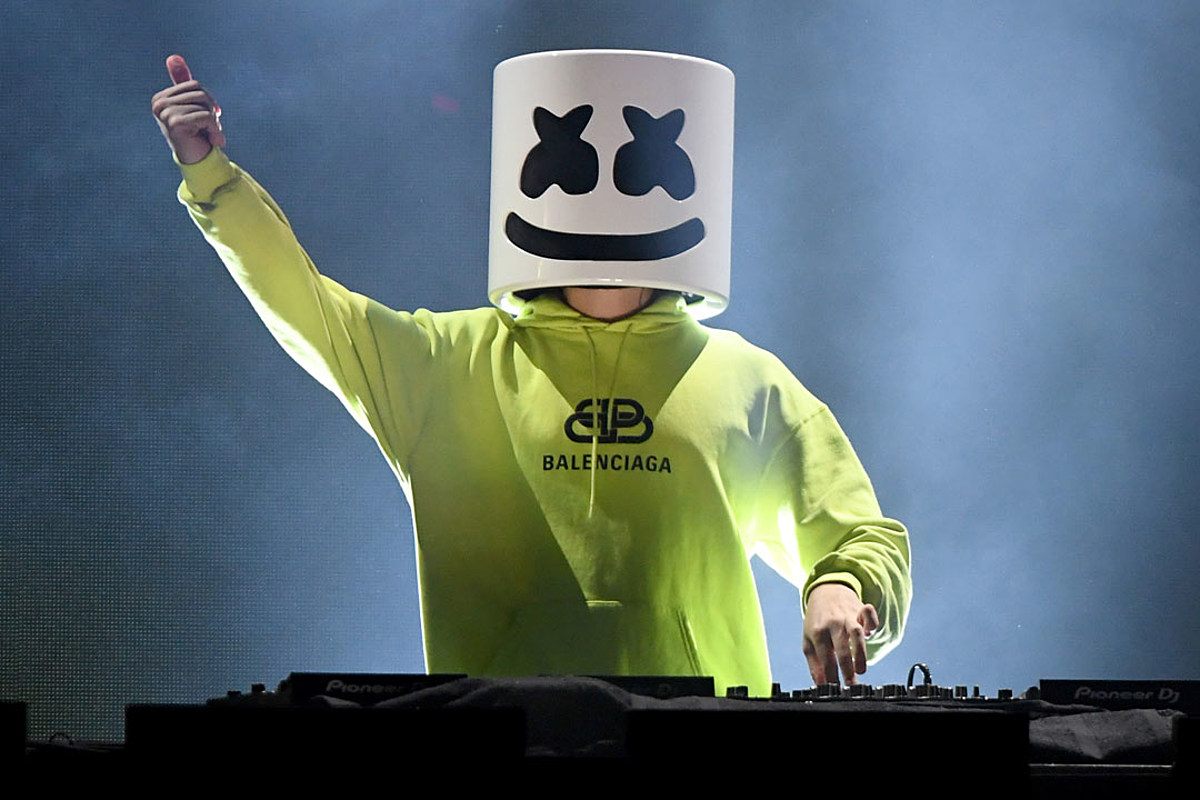 The worldwide famous EDM producer/DJ Marshmello has been an avid hip-hop fan since as far back as he can remember. When the Philadelphia native wasn’t playing music with his rock band growing up, he was enjoying the records of rap group Three 6 Mafia. Eventually, he became a heavy hip-hop collaborator working with artists such as Lil Peep, Logic, Roddy Ricch, Tyga and 42 Dugg. This year, the 28-year-old music star produced Juice Wrld’s “Hate The Other Side” featuring Polo G and The Kid Laroi, which peaked at No. 10 on the Billboard Hot 100 chart. Here, XXL chops it up with Marshmello about who he listens to, which rappers he’d like to work with and what new artists he’s up on.

XXL: Did you listen to hip-hop growing up?

Did you have any favorite rappers?

I played in a rock band growing up and I found that Three 6 Mafia always gave me the same feeling that I had with my own music. So, I gravitated towards them, heavily.

What was it about Three 6 Mafia that pulled you towards them?

The energy that they delivered on every record was crazy and the production was always next level. The samples and beats they made were ahead of their time.

In your opinion, what’s the best thing about hip-hop?

I may be biased, because I’m a producer myself, but I really love the production side of hip-hop. The contrast that is created between the beat, lyrics and melodies can contrast in special ways. That’s what I love most about it.

I’d have to say Polo G is one of my favorite rappers right now. Spending a lot of time with him in the studio, his melodies and lyrics always impress me.

Who do you listen to now?

Do you like any of the newer crop of rappers?

Definitely. I really like this new artist Morray a lot. I’ve been working with him in the studio and he’s impressive. 42 Dugg, Rylo Rodriguez, Flo Milli, 2kBaby are all some of my favorites as well.

Is there a rapper you haven’t worked with yet that you’d like to?

There are too many artists I want to work with to put them all down. But, I definitely would love to work with Uzi, Future, 21 Savage, for sure.

What hip-hop songs are you feeling at moment?

Right now, some of my favorite songs are “Stripes Like Burberry” off the Uzi and Future album. “Quicksand” by Morray, “Whoopty” by CJ, “Martin & Gina” by Polo G, just to name a few.

Check out more from XXL’s Winter 2020 issue including our DaBaby cover story, an introduction to DaBaby’s Billion Dollar Baby Entertainment label roster, an interview with South Coast Music Group founder Arnold Taylor, who discovered and signed DaBaby, one of King Von’s last interviews, The Kid Laroi’s move from rookie rapper to streaming success, how the coronavirus changed hip-hop, our interview with actress, writer and producer Issa Rae about her label Raedio and more.