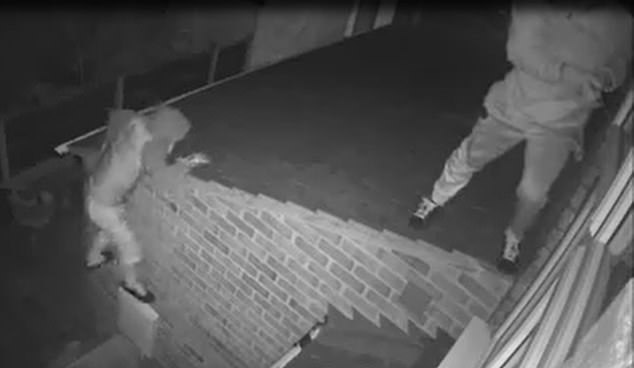 This is the shocking moment a gang of masked burglars break into a four-year-old girl’s bedroom, leaving her too terrified to sleep in her own bed.

CCTV captures a youth climbing onto the roof of the property in Basford, North Staffordshire, before using a tool to jimmy open the window.

At one point, his accomplice attempts to join him before falling down and trying again.

A third man – possibly a lookout – can be seen pacing on the ground below.

The alarming footage ends when one of them lashes out at the camera as they squeeze through the opening at around 6.30pm last Thursday.

In all, it took them 11 minutes to get inside before spending 10 minutes ransacking the three upstairs bedrooms.

This is the shocking moment a gang of masked burglars break into a four-year-old girl’s bedroom, leaving her too terrified to sleep in her own bed 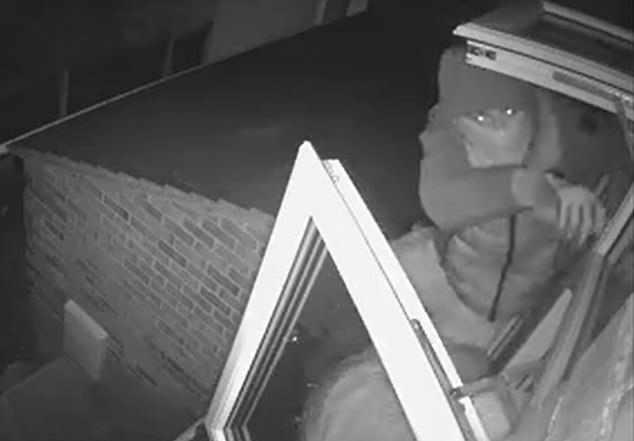 CCTV captures a youth climbing onto the roof of the property in Basford, North Staffordshire, before using a tool to jimmy open the window

Now householder Adrian Thompson, 52, has told how his little daughter Harriet – who has only just started school at May Bank Infants – has been left too scared to sleep in her own bed following the terrifying raid.

Among the items taken included jewellery and some loose change in Harriet’s money box.

Adrian, who also lives with his 39-year-old wife Camille Thompson, said: ‘Nobody was in at the time more by luck than anything else.

‘My wife had returned to work in the office for the first time in five weeks that day. My parents had picked up the little one from school and I stayed for a brew which I don’t normally do.

‘When I got home I didn’t realise anything was wrong and I sent Harriet up to get changed out of her uniform.

‘My wife called to say she’d picked up some potatoes and sausages so I went to put the water on.

‘Harriet then came down with a packet of sweets and she seemed really sheepish and I sent her back upstairs again.

‘It was at that point that Cam came home and she noticed how cold it was.

‘We went upstairs and we saw the mess and all the windows were wide open.

‘We think they must have been inside for about 10 minutes.

‘They had gone through all the drawers. They took some diamond earrings I had bought for my wife on our wedding day and a watch from our honeymoon.

‘They were of huge sentimental value to us. They also handled Harriet’s money box.

‘Our best guess is that we missed them by six minutes as we got back at 7.01pm but it may be that they had a lookout at the front who saw us arriving home.’

Adrian revealed Harriet is now having to share her parents’ bed after being traumatised by the ‘naughty men’ who left her room ‘messy’. 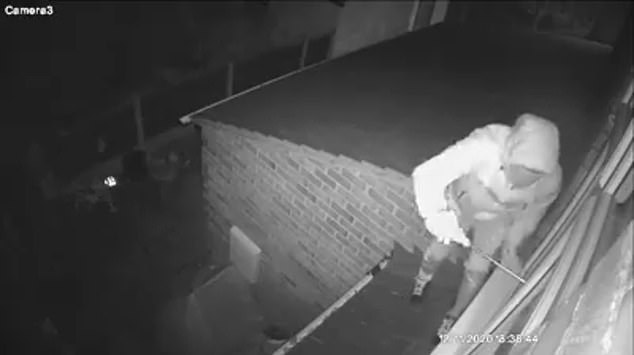 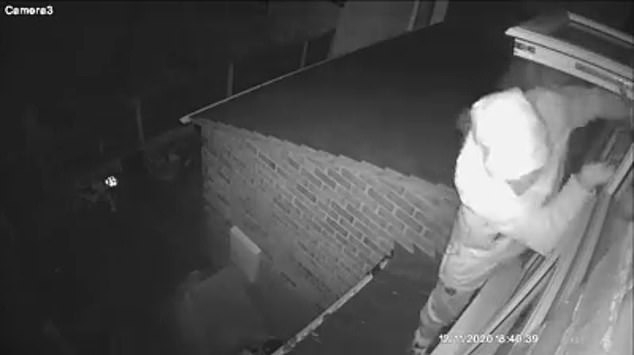 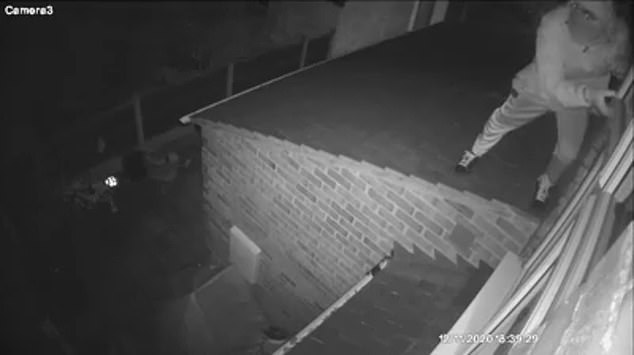 In all, it took them 11 minutes to get inside before spending 10 minutes ransacking the three upstairs bedrooms

He added: ‘Harriet was the first to see the mess. She’s a clever little tyke and it’s definitely upsetting her. We’ve been trying to play it down but it’s bothering her.

‘She’s more clingy and perhaps a bit naughtier which isn’t usually like her at all.

‘We just need to get her to the point where she’s comfortable in her own room again.

‘She has a cabin bed with a cover but she doesn’t want that there anymore so she can check if anything is under the bed.

‘At the moment she’s staying with us and we’re going to redecorate her room to try to wipe away all memory of what happened.

‘The police were really nice and gave her a police teddy to make her feel safe. She really has taken to it.’

He added: ‘I was broken into two-and-a-half years ago but apart from a window nothing was damaged or taken. That’s the reason we had the CCTV put in.

‘It’s a lovely neighbourhood and it’s upset everyone around here too.

‘I’ve been staggered by the response the post got on Facebook. Everyone has been so kind and generous. It’s restored our faith in humanity.

‘The police are struggling to identify them as they were wearing masks and gloves but I’ve had messages saying people saw three youths acting suspiciously so hopefully they will be caught.’

A police spokesman said: ‘We were called to reports of a burglary at a property on Basford Park Road shortly after 8.40pm on Thursday, November 12. Inquiries – including the assessment of local CCTV – are underway.’

Anyone with information is asked to call Staffordshire Police in 101 quoting incident 717 of November 12.