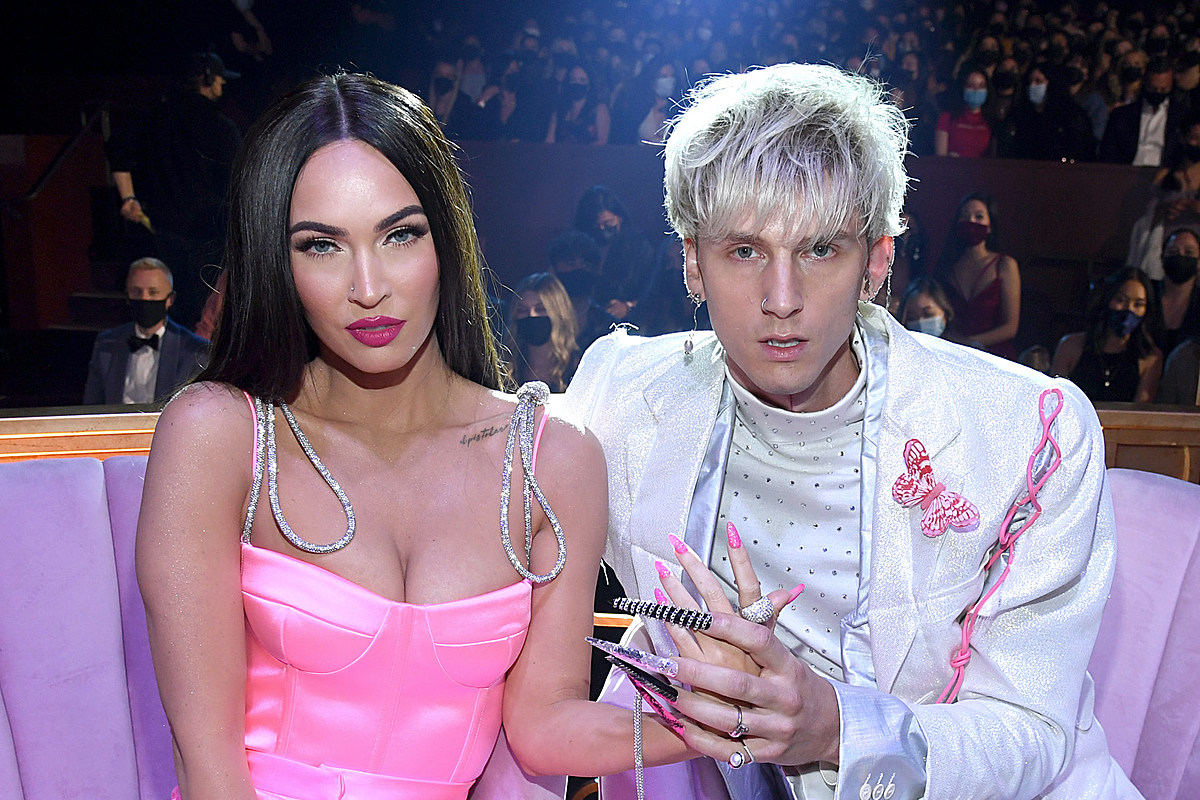 Actress Megan Fox recently shared how she psychologically “went to hell for eternity” during a planned drug experience in Costa Rica with her romantic partner, musician Machine Gun Kelly.

The Midnight in the Switchgrass star dished on the adventure to guest host Arsenio Hall during an appearance on Monday night’s (July 12) Jimmy Kimmel Live. Amid the interview, Fox shared just how hard she tripped on ayahuasca, a South American psychoactive brew, alongside the Tickets to My Downfall rocker.

Watch the video down toward the bottom of this post.

“We went to Costa Rica to do ayahuasca in a proper setting with indigenous people,” Fox explains of the trip, “and we were in the middle of the jungle.”

The actress adds that she initially thought the environs would be more accommodating, “like ‘glamping’ or something like that,” she says, “still going to be a five-star experience when you get there. [But] you are in the middle of the jungle, and you don’t get to eat after 1PM. You have to walk a very far distance to get your water. … Nothing glamorous about it.”

Before actually taking the ayahuasca, however, Fox and Kelly — the rapper-turned-rocker whose real name is Colson Baker — took part in ritual ceremony that forces its participants to throw up.

“We were with 20 other strangers,” the actress recalls, “and you all line up at the edge of the rainforest over this weird fence … and you drink lemongrass tea until you, by not your own volition, just vomit everything out of your body.”

Finally, both Fox and her beau imbibed on the psychedelic ayahuasca — and, judging by the actress’ recap of subsequent events, the drug trip was unlike anything she’d experienced before.

“We did [ayahuasca] for three nights,” Fox continues. “It was incredibly intense. Everybody’s journey is different — the second night, I went to hell for eternity. And just knowing eternity is torture in itself because there was no beginning, middle or end, so you had a real ego death. … It’s your own psychological hell, basically.”

After all, that’s “the point of the medicine, right?” the actress asks.

“It surpasses anything you could do with talk therapy or hypnotherapy or anything of those things,” she surmises. “It just goes straight into your soul, and it takes you to the psychological prison that you hold yourself in. So it’s your own version of hell, and I was definitely there.”

‘Woke’ RNLI ‘is turning down calls from stricken boaters because it…