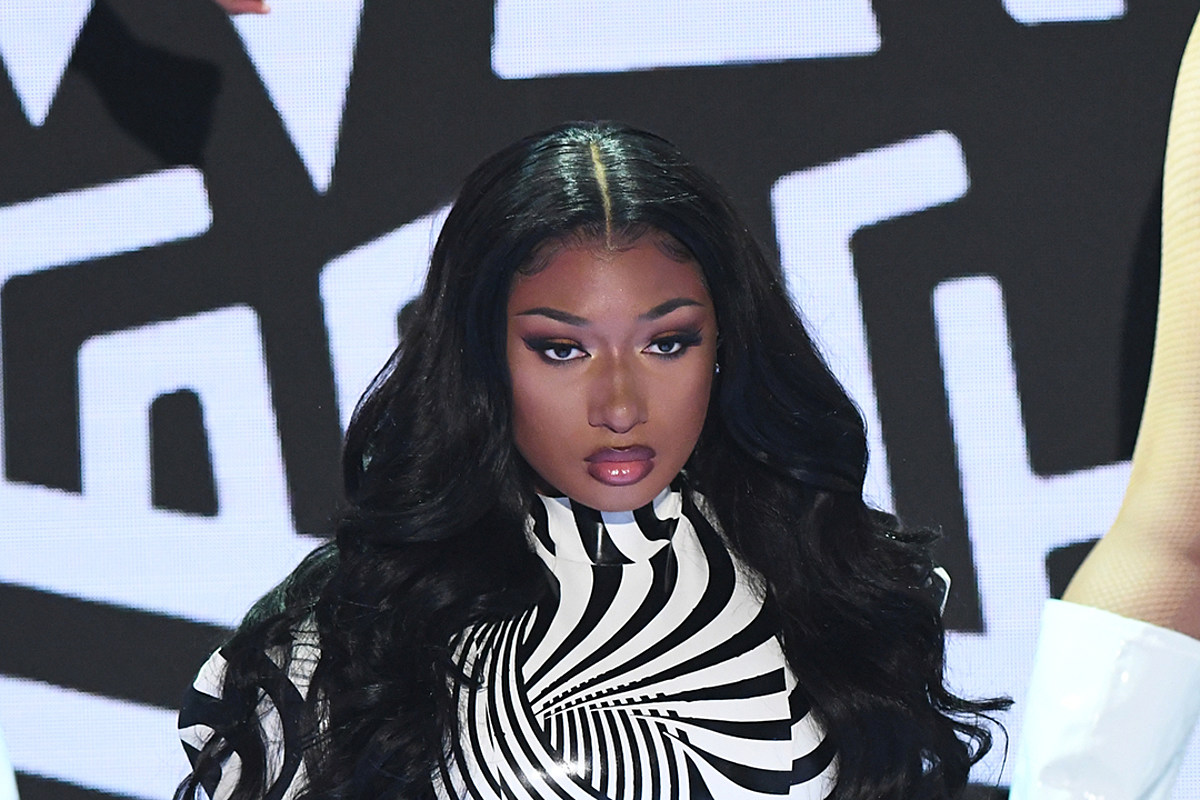 Four months after the shooting incident involving Megan Thee Stallion and Tory Lanez, the Houston rapper is offering details that the public likely hasn’t heard before.

In GQ magazine’s Rapper of the Year issue, which features Hot Girl Megan on the cover and was published on Monday (Nov. 16), she divulged a bit more about the shooting that took place in the Hollywood Hills section of Los Angeles back in July. She says that Tory offered herself and her friend, presumed to be Kelsey, money not to say anything about the shooting.

Megan previously said that an argument had taken place in the SUV that they all were riding in at the time. In this latest interview, the “Wap” rapper shares that she initially thought to find another way home, but because her phone was dead, it was late at night and she was wearing a bikini because they had left a pool party, she was encouraged to get back in the car. Megan later tried to get out of the car again and walk away, but she claims Tory started shooting at her feet.

Afterwards is when the supposed bribe for Megan and her friend to keep things between themselves took place. “[At this point] I’m really scared because this is like right in the middle of all the protesting,” she says. “Police are just killing everybody for no reason, and I’m thinking, ‘I can’t believe you even think I want to take some money. Like, you just shot me.'”

Megan did not disclose any details regarding what led to the incident, but she did say that Black people often being victimized by police is why she was not honest about her injury when officers arrived at the scene. Reports that surfaced online around the time of the shooting said that Meg’s foot had been cut by glass.

It was reported back in July that after the verbal dispute between Tory and Megan, shots were fired into the air in a Hollywood Hills neighborhood. After leaving the scene, they were pulled over by police and detained. The Toronto native was later arrested and charged with carrying a concealed weapon in a vehicle.

Last month, the Los Angeles District Attorney’s Office charged Tory Lanez with one felony count of assault with a semiautomatic firearm—personal use of a firearm—and carrying a loaded, unregistered firearm in a vehicle. Tory, who wasn’t present at his first court appearance on Oct. 13 and called in by phone, had a continuance requested on his behalf by his attorney, Shawn Holly. The judge presiding over the case ordered that he stay 100 yards away from Megan. His bail was also set for $190,000, which was likely paid that day as a bail bondsman was in the courtroom at the time of the hearing.

Tory Lanez is due back in court on Wednesday (Nov. 18).

XXL has reached out to Tory Lanez’s and Megan Thee Stallion’s attorneys for a comment.