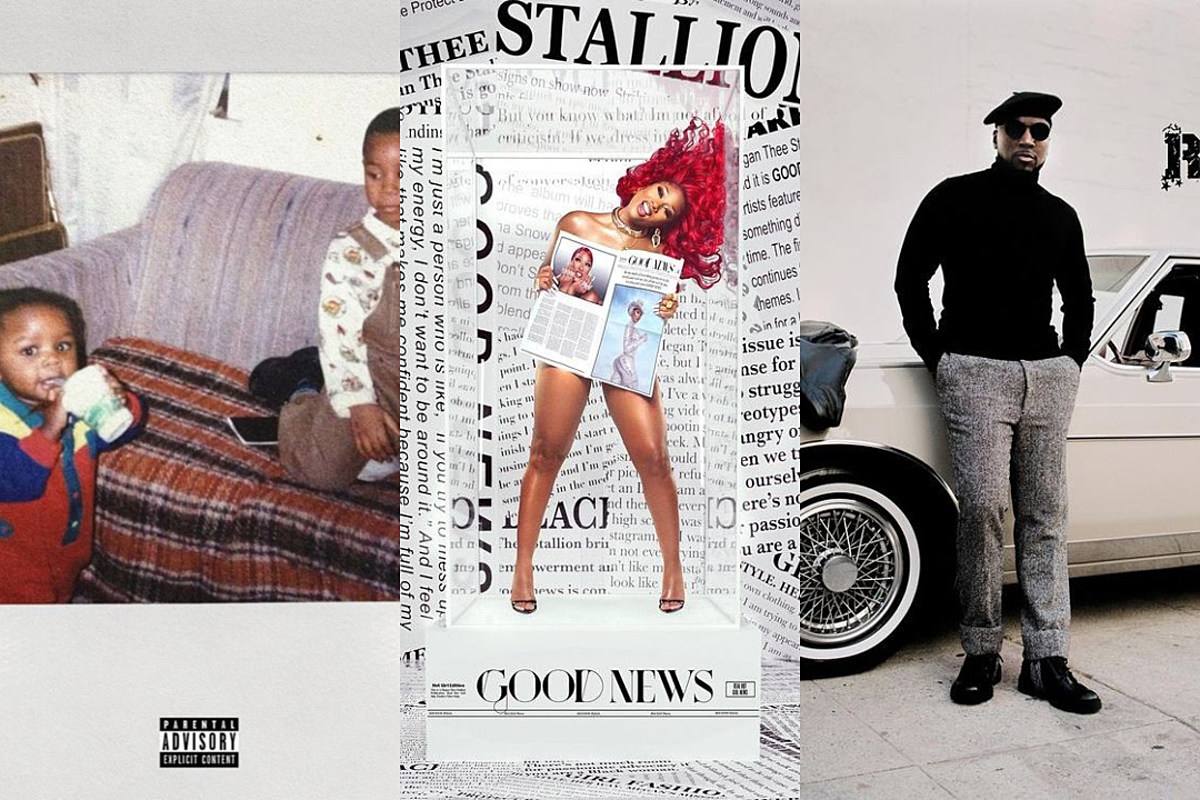 This week, the music is coming full force. A seasoned Georgia rapper drops his second offering this year, a hot girl from the South delivers her debut and a wavy rhymer from New York City has a new mixtape. Scroll down to find out about the new releases this week.

Megan Thee Stallion has had quite a year despite allegedly being shot by Tory Lanez. The Houston native earned two No. 1 songs on the Billboard Hot 100 chart with “Savage (Remix)” featuring Beyoncé in May and “Wap” with Cardi B in August, she performed on Saturday Night Live in October, penned an opinion piece for The New York Times on the importance of protecting Black women, also in October. With all the events that have transpired, the former 2019 XXL Freshman has still managed to deliver her debut album, Good News, an LP with a title that has optimistic take on things. The offering has 17 tracks including the Young Thug-assisted “Don’t Stop” that dropped last month, “Girls in the Hood,” her collab with Queen Bey and a song called “Shots Fired,” which kicks off the album. There are also guest appearances from fellow 2019 XXL Freshman DaBaby, City Girls, SZA, Lil Durk, Big Sean and more. Hot Girl Meg is known to spit venom on the mic and fans are expecting her to do just that.

DaBaby surprises fans with the new release, My Brother’s Keeper (Long Live G). An homage to his late brother, Glen Johnson, who died earlier this month after reportedly committing suicide, the short offering features seven songs and guest appearances from Meek Mill, Polo G, NoCap and Toosi. DaBaby only let fans officially know about the project just over an hour before it was release, sharing the cover art on Instagram, along with the caption, “LONG LIVE MY BIG BROTHER🖤🕊#MyBrothersKeeper (LongLiveG)-From Baby Bruh to you. Midnight.” My Brother’s Keeper (Long Live G) is the newest project from DaBaby since his Blame It on Baby album, which came out in April and debuted at No. 1 on the Billboard 200 chart.

Back in March, Jeezy dropped off a new EP, Twenty/20 Pyrex Vision. About eight months later, the Snowman is back with the follow-up to his 2008 album, The Recession, called The Recession 2. The full-length effort contains 15 joints, as well as features from activist and Until Freedom founder Tamika D. Mallory, Yo Gotti, Rick Ross, E-40, Ne-Yo and more. Prior to the album’s arrival, Jeezy released the introspective track “Therapy for My Soul,” which finds him name-dropping former Corporate Thug Entertainment (CTE) World artist Freddie Gibbs and 50 Cent. Jeezy and Gibbs were at odds for some time and Fif attempted to call out the Georgia rapper following Black Mafia Family (BMF) co-founder Terry “Southwest T” Flenory being released from prison for his role in his organization’s massive drug ring. The veteran rapper’s LP also comes after his hit-for-hit Verzuz battle against longtime nemesis Gucci Mane.