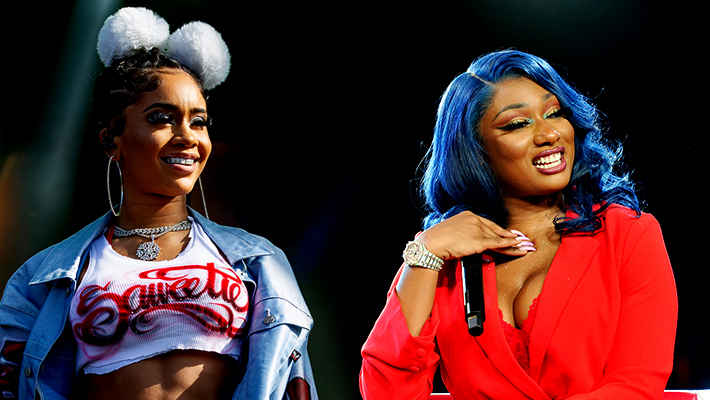 His departure has left a void, however — a void that must be filled, due to both the laws of nature and the hunger hip-hop fans have for new writing about the latest and the greatest content the culture has to offer. To that end, this new column will sort of combine both the old columns into a “best of both worlds” situation, only without the creepy R. Kelly connection. Basically, I’ll be a one-man Watch The Throne — or Super Slimey, if you’re a little younger/more Southern — delivering commentary on all the best releases in hip-hop each week, from albums to songs to videos and even the occasional Verzuz battle. It’s a work in progress, so bear with us as we get this thing off the ground.

Detroit newcomer Courtney Bell brings streetwise raps and progressive thinking to his debut tape, which features a verse from TDE’s Reason. Riding the line between backpacker’s density and mainstream accessibility, Bell counts Nipsey Hussle as one of his primary influences.

Smartly pairing the release of his latest album to the hotly anticipated Verzuz battle between himself and former rival Gucci Mane, Jeezy gave a preview of what to expect from the sequel to his fan-favorite 2008 album with the single “Therapy To My Soul.”

LVRN — Home For The Holidays

Hip-hop could always use more Christmas albums. 6lack, Boogie, Summer Walker, and the gang are more than happy to oblige.

Over the course of the last few years, Berkeley’s Rexx Life Raj has carved himself a lane as a provider of mellow, thoughtful tunes that weave breezily between soothing R&B singing and tongue-twisting, eyebrow-raising rap. The sequel to his popular 2018 EP delivers more of the same, from the motivational “Tesla In A Pandemic” to the boastful “Look At This.”

Refocusing fans’ attention on his raps instead of his antics, Russ hangs right in there with rap luminaries like Black Thought and Busta Rhymes, even though he ultimately becomes an afterthought on most of his own EP.

Ohio rapper YSN Flow has been building his buzz over the past year and a half, paying off their patience with this mixtape produced by Iceberg Beatz.

In what could very well have been the best Verzuz matchup yet, two of Atlanta trap rap’s founding fathers met up for the first time in fifteen years to dispel all the bad blood between them — of which there is plenty. Of course, it wasn’t all water under the bridge; Gucci Mane brought some serious aggression to Atlanta’s fabled Magic City, where the battle took place, dredging up quarrelsome mixtape classics like the taunting “Truth.” In the end, as always, the real winner was the culture, as the two united to perform their only collaboration (and the song that kicked off their feud in the first place), “So Icy.” The battle ended with the sense the pair would never be friends but would at least keep the violence to a minimum — for the kids.

Ab-Soul goes bonkers on this one, Kembe X does his thing, and newcomer IceColdBishop brings uncommon energy.

A heartbroken anthem of betrayal and survival, Lucci is at his caterwauling best.

Bringing the same sort of raucous, estrogen-powered energy as Flo Milli did earlier this year, the Atlanta rapper introduces her next phase.

Saweetie feat. Jhene Aiko — “Back To The Streets”

The long-awaited video references everything from the beauty shop to Steven Spielberg.

NNPC, only Nigerian company to cut losses by N800 billion in one financial year – GMD

The Spurcycle bike bell is so nice, it might just be worth paying $49 for