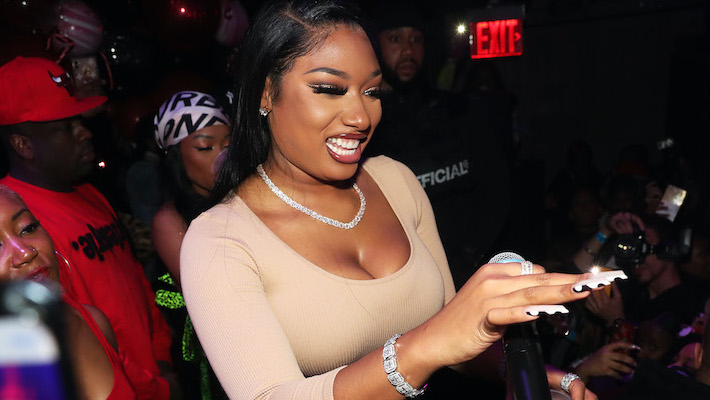 Megan Thee Stallion began the year with her EP Suga and went through a variety of both ups and downs in 2020, but she’s ending the year with a little Good News. That’s the title of her debut album, which she announced on Instagram would be dropping on November 20. She’s making the album available for pre-order tonight after spending the last 24 hours teasing her fans with Instagram hints, writing in the announcement, “Through this rough ass year we’ve all been having I felt like we could all use a lil bit of good news.”

Megan certainly saw her fair share of both kinds of news and is no stranger to making headlines after breaking out last year with the song “Big Ole Freak” from her 2018 Tina Snow EP. She started 2020 riding high off the success of her “Hot Girl Summer” with Nicki Minaj and Ty Dolla Sign, but was nearly derailed by a label dispute with 1501 Certified Entertainment. After she was cleared to release Suga, it seemed things were looking up until a global pandemic put a stop to all touring.

She recovered thanks to TikTok and the dance challenge revolving around “Savage,” which led to the single receiving a remix featuring Megan’s fellow Houstonian Beyonce and Meg’s first No. 1 on the Hot 100. While she should have been able to enjoy that peak for a while, her next set of headlines revolved instead around the September incident that started with Tory Lanez allegedly shooting her. She bounced back again with her appearance on Cardi B’s “WAP” but spent much of the last two months fending off a smear campaign from Tory that tried to paint her as a clout-seeking liar.

However, it looks like she’ll be ending the year on a high note and giving her Hotties something to ride out the end of an atrocious 2020. That is some good news, indeed.

More than 220,000 nursing home residents at risk of COVID-19 because of ‘horrifying shortage’ of PPE

“Music is not about awards…”