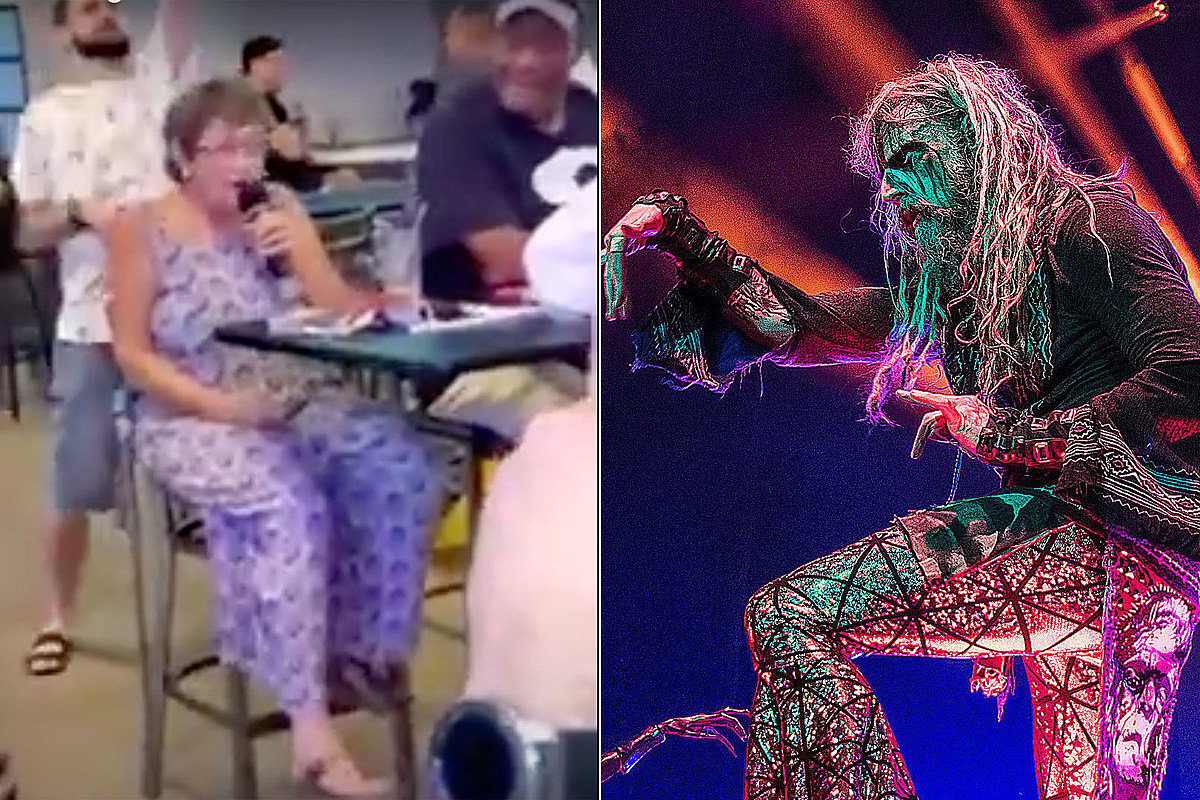 You’re never too old to rock! It’s been proven time and time again, but there’s just something special that happens when you see a generation that didn’t grow up on hard rock and metal finding the love in that music like the rest of us. That’s what we’ve got here as an elderly woman has the time of her life singing along to Rob Zombie‘s “Dragula” at karaoke, much to the delight of the surrounding crowd.

As she sits at a table singing, she’s joined by several younger onlookers who join in with the requisite headbanging. And it appears as though this is not the first time she’s been introduced to the song as she hits some of Rob’s inflections perfectly along the way.

Though released in 1998 as the lead single from Rob Zombie’s solo debut album Hellbilly Deluxe, the song appears to be quite popular with the elder set. A look at this video uncovered another elderly woman taking on the track via karaoke and also reminded us of the amazing run that former Navy pilot and retired program manager for the Hubble telescope John Hetlinger had on America’s Got Talent back in 2016.

Hetlinger became everyone’s favorite heavy metal grandpa rising to fame by performing Drowning Pool’s “Bodies” to the surprise of many on the show and later joining the group at a pair of festival dates. But for his return to the AGT stage in the competition, he took on Zombie’s “Dragula” before the judges decided not to advance him further.

It’s safe to say that Zombie has quite the multi-generational fan base at this point.