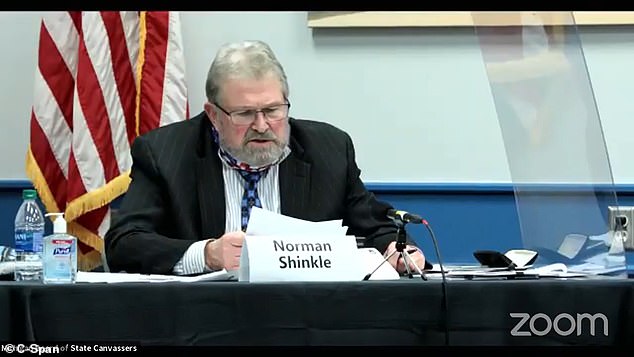 The vote is yet another blow to Donald Trump’s pressure campaign to overturn the presidential election, which includes mounting several lawsuits in battleground states like Michigan.

The Michigan Board of State Canvassers Vice Chairman Norman Shinkle, a Republican, expressed his objections to certifying Biden’s victory due to irregularities and errors in the voting and tabulation process – and he voted to abstain on Monday.

After hearing from clerks and volunteers who worked at and observed ballot tabulation, the four members voted to certify the election.

Shinkle’s fellow Republican panel member Aaron Van Langevelde voted to certify the election, but maintained a post-election audit needs to be conducted. He also said any complaints of election fraud need to be investigated and, if found, prosecuted.

Ahead of the vote, there were concerns that the split panel members could find themselves in a deadlock, which would result in a delay of certification as President Donald Trump’s continued pressure for swing state Republicans to back his claims of widespread voter fraud.

Senator Lamar Alexander of Tennessee also joined the ranks of Republicans Monday calling for Trump to concede and accept that he has lost reelection.

‘The presidential election is rapidly coming to a formal end,’ Alexander released in a statement shortly after the Michigan certification. ‘Recounts are being completed. Courts are resolving disputes. Most states will certify their votes by December 8.’

The Michigan Board of State Canvassers voted 3-1 Monday to certify Joe Biden’s victory in the state with Republican member Norman Shinkle, 70, abstaining over concerns with mail-in voting and transparency 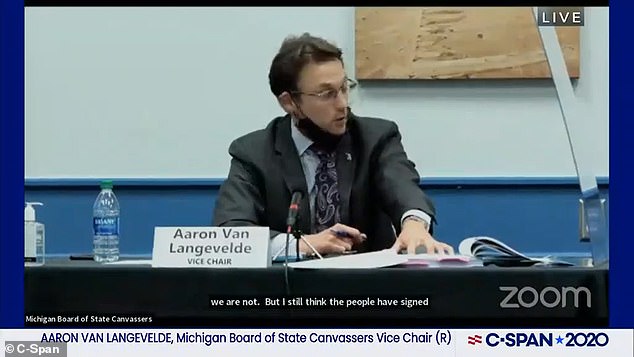 Fellow Republican member Aaron Van Langevelde voted to certify the election, shutting down concerns a deadlock would be reached on the four-person split panel 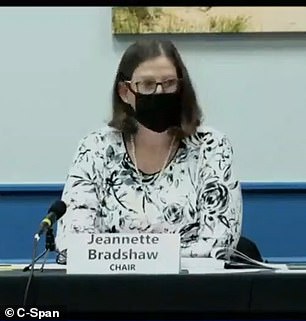 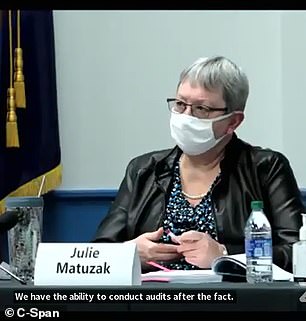 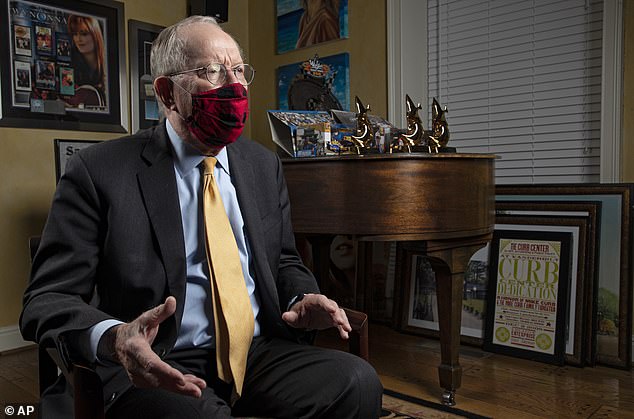 ‘Since it seems apparent that Joe Biden will be the president-elect, my hope is that President Trump will take pride in his considerable accomplishments, put the country first and have a prompt and orderly transition to help the new administration succeed,’ he wrote in a statement posted to his Twitter.

‘When you are in public life, people remember the last thing you do,’ Alexander concluded.

Shinkle, 70, said ahead of the vote – and throughout statements made during the proceedings Monday – that he has concerns regarding the integrity of the election and suggested he was considering forcing a delay of certification of Biden’s win.

He shared that he has questions regarding electronic equipment used in the Michigan election, the absentee and mail-in voting process and transparency issues.

Shinkle’s opposition for a potential block of certification would only be possible if Van Langevelde joined him in not signing off on Biden’s win, which would create a deadlock with the two Democrat members – Julie Matuzak and Chairwoman Jeannette Bradshaw.

Van Langevelde, 40, an attorney and former assistant prosecutor living with his wife Adrianne in Charlotte, Michigan, has not said how he plans to vote.

Shinkle lives in Williamson, Michigan with his second wife, Mary. He has two sons, Teddy and Douglas, from his first wife Linda.

Mary Shinkle was a Republican poll watcher at the Transportation Service Center in Detroit for four days surrounding the election. She claimed there was funny business at that tabulation location.

Mary was one of the more than 200 people who signed a sworn affidavit alleging errors and wrongdoing that they said they witnessed during Wayne County ballot tabulation.

The Trump campaign used this affidavit in one of its federal lawsuits, which since then has been withdrawn.

In her sworn statement, Mary said she observed on Election Day a specific precinct tabulation table duplicating their counts for ballots. She also was told that the ‘table captain’ told her that she was not allowed to look at ballots because ‘if we were mistaken you would be all over us.’

She also raised concerns with ballots being left unattended in unsecured bags at her specific site in Wayne county.

The wife of the Republican member of the Board of State Canvassers also said that on November 4, the day after the election, that election workers were ‘extremely rude and aggressive’ toward observers.

Michigan went blue this year, with current reporting showing 50.6 per cent of the vote for Biden and 47.8 per cent for Trump. In 2016 the state swung red for Trump.

The president, however, has called into question the integrity of the results in the rustbelt battleground state this year, claiming there was funny business with tabulation and not allowing Republican poll watchers to stand close enough to observe the ballot counting process. 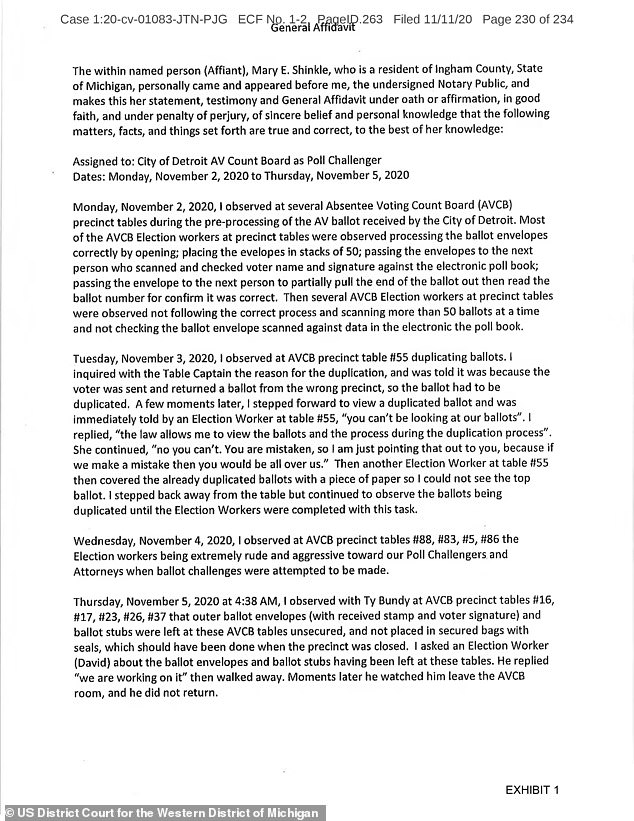 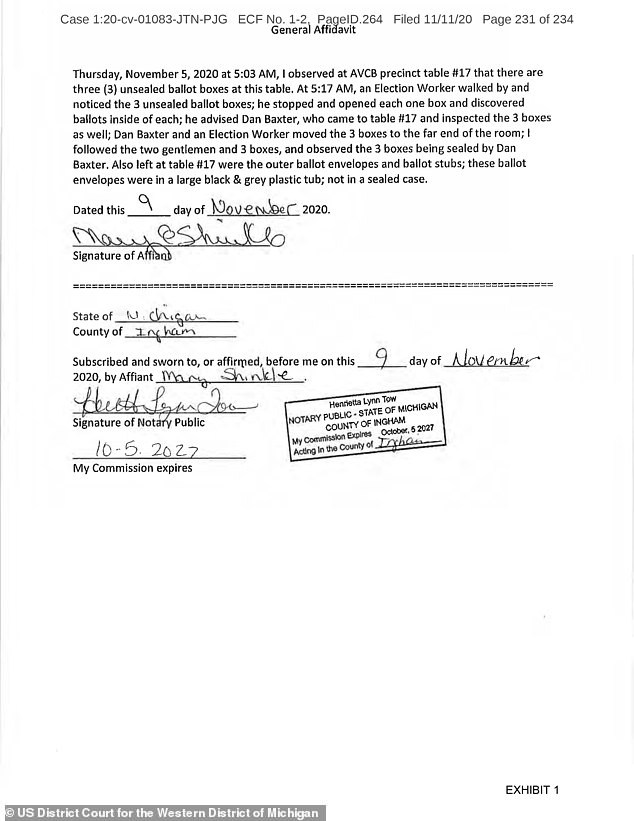 Shinkle’s wife, Linda, was a Republican poll watcher in Detroit, and singed a sworn affidavit used by the Trump campaign in a since withdrawn lawsuit alleging errors and wrongdoing in ballot tabulation 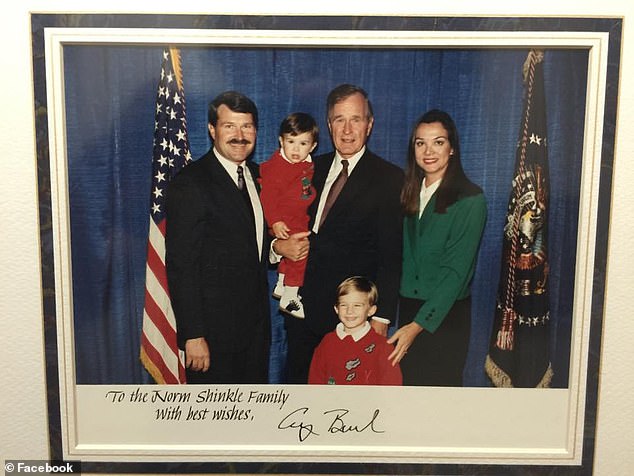 Shinkle (left) pictured here with George H.W. Bush and his two sons Teddy and Douglas, who he had with his first wife Linda (right)

Usually signing off to certify the presidential election winner in a specific state is a routine event – but as is par for the course in 2020, not this year.

Michigan House Speaker Lee Chatfield, Van Langevelde’s boss, flew to Washington, D.C. Friday with six other GOP lawmakers to meet with Trump and members of his team Friday. He was also spotted enjoying drinks at Trump hotel just a few blocks from the White House over the weekend.

Following the meeting, Chatfield and state Senate Majority Leader Mike Shirkey, both Republicans, said they have not been ‘made aware of any information that would change the outcome of the election in Michigan.’

Michigan’s elections agency has already recommended that the board certify the presidential election results, which shows Biden with a 2.8 per cent margin of victory.

The Republican National Committee and the Michigan Republican Party, however, are urging the board to adjourn for 14 days to instead investigate alleged irregularities in Wayne County – the state’s largest area, which emcompasses Detroit.

Chair of the Republican National Committee Ronna McDaniel, who is a Michigan resident, and Laura Cox, chair of the Michigan Republican Party, wrote the board Saturday asking it to delay certification for another two weeks as it awaits results of an audit.

They cited ‘procedural and accounting irregularities’ like discrepancies between the number of people recorded casting ballots at Detroit precincts and the actual number of ballots counted.

Michigan Secretary of State Jocelyn Benson says post-election audits are in the works, including in Wayne County even though Michigan law states such audits can only be conducted after results are certified. 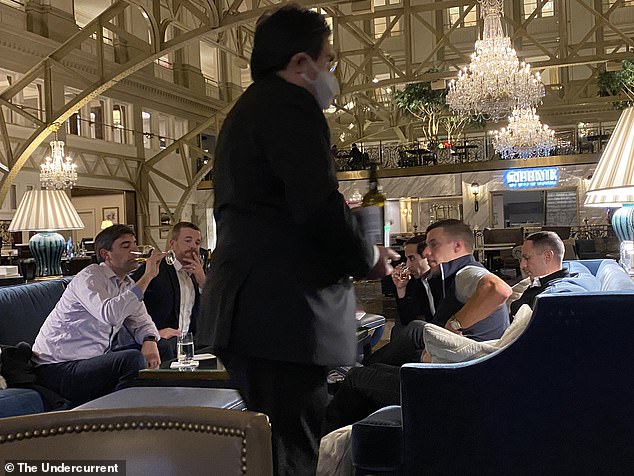 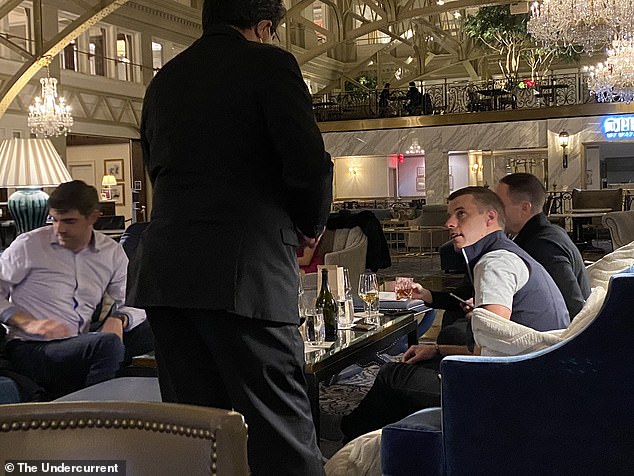 The group reportedly stayed at the hotel drinking until midnight 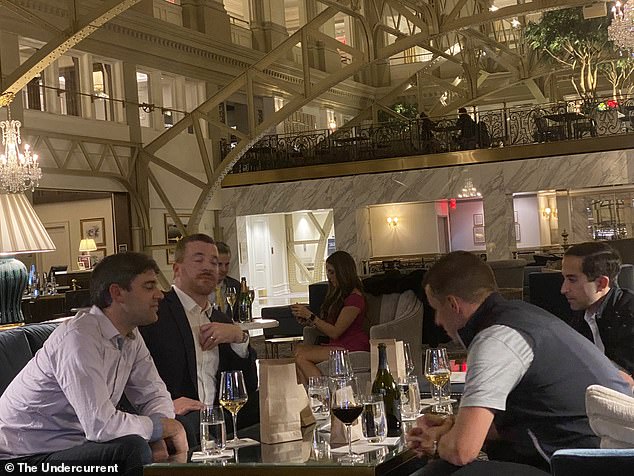 Chatfield said that if the Board of State Canvassers does not confirm the results and the Michigan Supreme Court does not order it to do so there will be a ‘constitutional crisis.’

But the Michigan House speaker, among other Republicans, have vowed not to go against the voters or undermine their will.

The new request to delay certification comes after a two-week period where Michigan double-checked ballots in all 83 counties – and found some expected inaccuracies and irregularities that happen in most elections. The errors were corrected.

During such a partisan time in American history, experts are questioning whether a four-person split panel is still a realistic way to go about certifying election results as a potential deadlock ensues. Some claim there needs to be some sort of built-in tiebreaker like in other states like Ohio, Wisconsin and Minnesota.

Dallas Austin Wanted To “Kill Everybody” After Learning Ex Chilli Was…