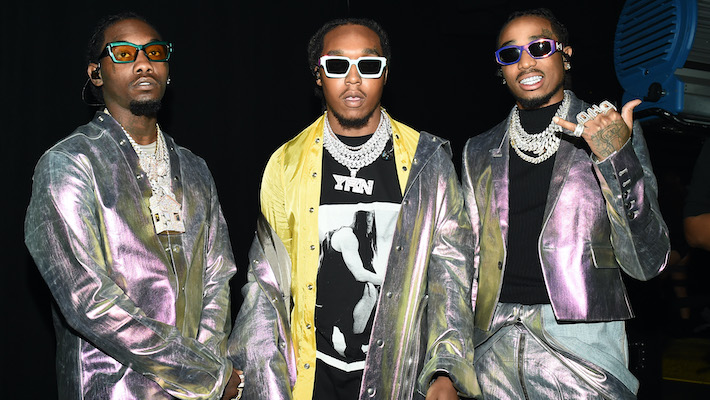 Wednesday marked 4 years since Migos dropped their third album, Culture II, and to have a good time the anniversary, the Atlanta rap group shared a brand new behind-the-scenes trailer. It offers their supporters a glance into the creation of their upcoming album, referred to as, in fact, Culture III. Viewers can see the trio recording music in Atlanta and at an L.A. mansion sometimes called “The Compound.”

“We’re just young men trying to grow,” Quavo says within the trailer. “Right now, we’re at a point in our life we’re allowed to sit down and build and start from scratch.” Elsewhere, Offset took a second to share how the lengthy interval between Culture II and Culture III benefited the group. “We were absent for a reason though,” he stated. “How we were putting so much music out, you could flood the market. With everything going on, I’ve never been so political in my life. I got out my first time to vote this year. And all that happens from just seeing everything happening in the world.”

The trailer arrives after Quavo revealed Culture III would arrive in some unspecified time in the future this yr. He shared the information throughout an look on The Etcs podcast co-hosted by Kevin Durant and former Uproxx author Eddie Gonzalez. “We done with the album, we just waiting on 2021, man so everything can crack up,” he stated. “I just want to be with the people,” he stated. “I want to touch the people and that’s what we gon’ do at the top of the year.”

You can watch the Culture III trailer above.