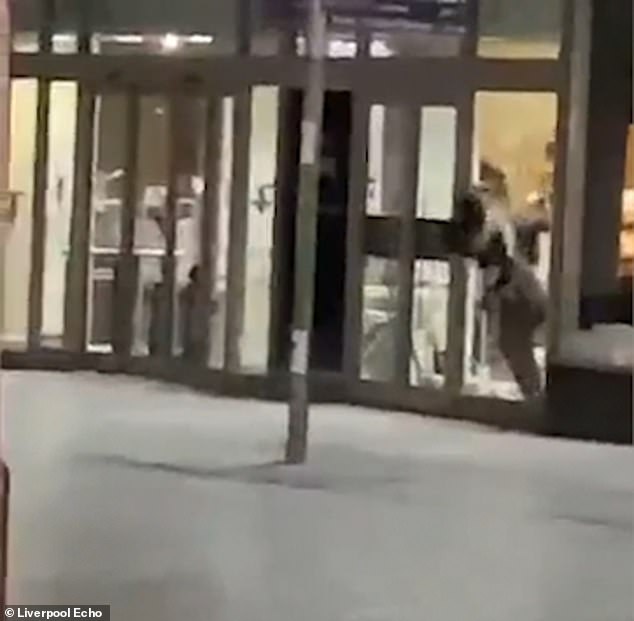 A man who was filmed smashing his way out of a Marks and Spencer after the store had closed has been arrested on suspicion of burglary.

Footage of the incident, which occurred at a store on Church Street in Liverpool city centre in the early hours of Tuesday morning, shows the man using a fire extinguisher to break a hole in a window from the inside.

The suspect is believed to have entered the store while it was still open on Monday, November 9 before waiting for it to close at 8pm and breaking out with items of clothing shortly after midnight.

Mobile phone footage filmed by a passerby shows the suspected burglar loudly smashing through the front window of the Marks and Spencer that he is trapped in.

After making a small hole he then climbs through arms first, falling face forward onto the ground before doing a somersault and then skipping casually away.

A police spokesperson said at the time the incident was first reported: ‘An offender is believed to have entered the store while it was open, taken items of clothing and smashed a window using a fire extinguisher when leaving the premises.’

The man can be seen emerging head first through the hole he has smashed with a fire extinguisher, at Marks and Spencers, Church Street, Liverpool City Centre 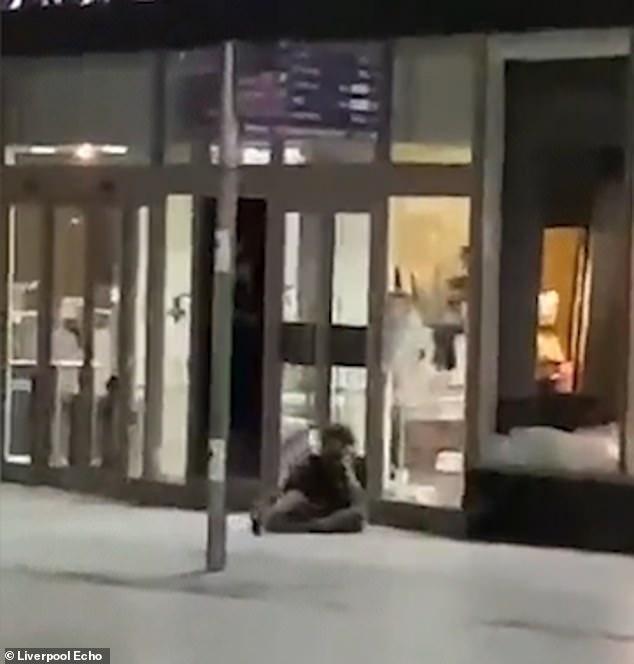 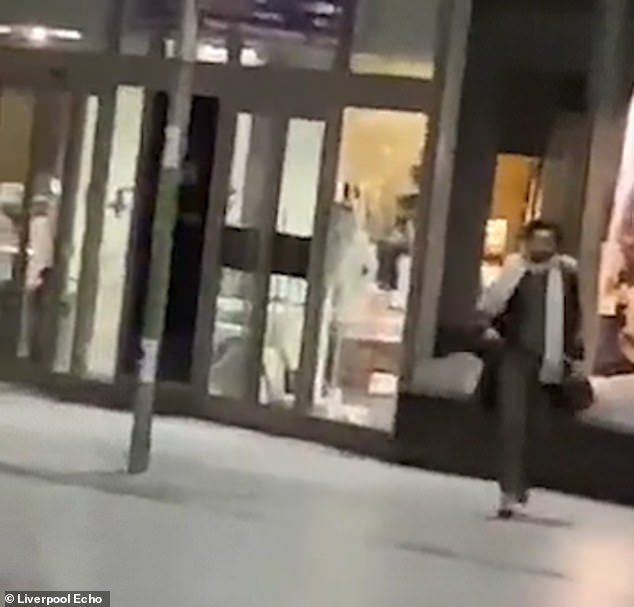 Assisted by Citywatch CCTV cameras, located in the Skelhorn Street area, a 24-year-old man from Croydon was arrested on suspicion of burglary.

He has been taken into custody to be questioned.

Alternatively, call 101 quoting incident reference 20000682024 or contact the independent charity @CrimestoppersUK anonymously on 0800 555 111, or via their website.