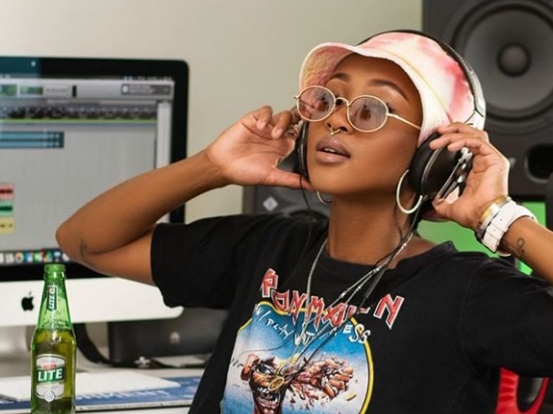 Moozlie Releases A Snippet Of Upcoming Summer Joint ‘LaLaLa’ Produced By Lunatiks. It might be taking Moozlie a while to come through with another album but she isn’t keeping her fans starved. To follow suit to her style she came through with a potential banger titled LaLaLa.

After giving fans hits such as Vatel, Sfun’ukwazi,  I Am Star and album Victory the sassy rapper decided to place even more improvements and versatility in her music. Lalala isn’t even yet released but has caught the attention of all types of music lovers.

Produced by Lunatiks the potential hit comprises of raps, a flow and beats that completes as a record worthy to bump into in all kinds of moods. Safe to say, Mooz came through this summer, a remedy to the year that has caused so much pain.

The time has come!! NEW MUSIC ON THE WAY‼️ #LaLaLa prod by @lunatik drops 27/11 🇿🇦🎶 TELL EVERYBODY!! #SpiritOfAnOG pic.twitter.com/8ol386zwYV