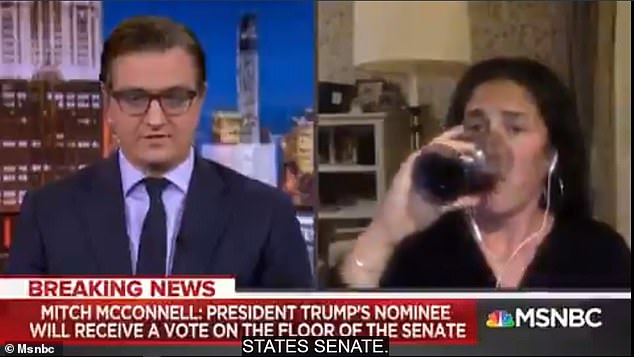 An MSNBC panelist has been caught on camera drinking red wine while mourning the death of Supreme Court Justice Ruth Bader Ginsburg.

Traister appeared to be drowning her sorrows as Hayes revealed that President’s Trump’s next Supreme Court nominee would have a hearing on Senate floor.

The moment quickly went viral on social media, with many anxious liberals saying they identified with Traister.

‘Did @rtraister just chug a goblet of emotional support wine live on @MSNBC while talking about the consequences for the country of RBG’s passing? Was I the only one who saw it?’ one Twitter user asked.

However, many others responded, saying that they had also witnessed the wine drinking. 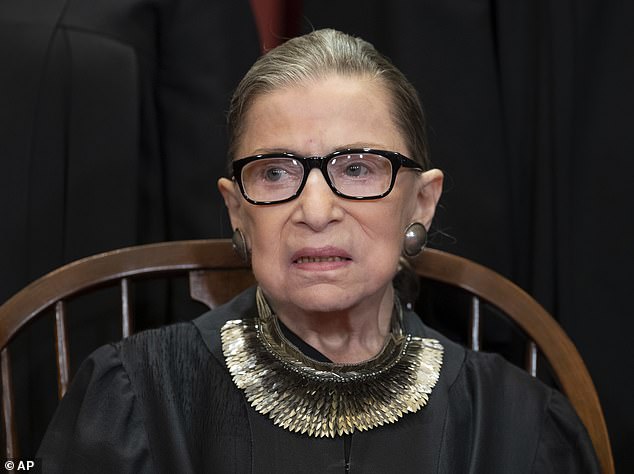 Traister was discussing the death of Supreme Court Justice Ruth Bader Ginsburg, who died Friday evening at the age of 87

‘True respect to the panelist who’s just anxiously drinking wine right now on MSNBC. I’m right there with you,’ another wrote.

‘This b***h on MSNBC being interview about RBG is crying and drinking wine on screen and literally same,’ a fourth user chimed in.

Traister confirmed to The New York Post on Saturday morning that she was indeed drinking alcohol on the air, stating: ‘Yes, it was wine. I got the news while [about Ginsburg’s death] at dinner with my family, got the call to be on Chris’s show soon after, and without thinking about it, brought my beverage with me.’

The notable columnist appeared to enjoy the attention that stemmed from her accidentally-viral moment.

She retweeted the clip and wrote above: ‘L’shana tova. May her memory be a blessing. And may this year bring the drive and determination to fight like fury because everything depends on our willingness to do so.’ 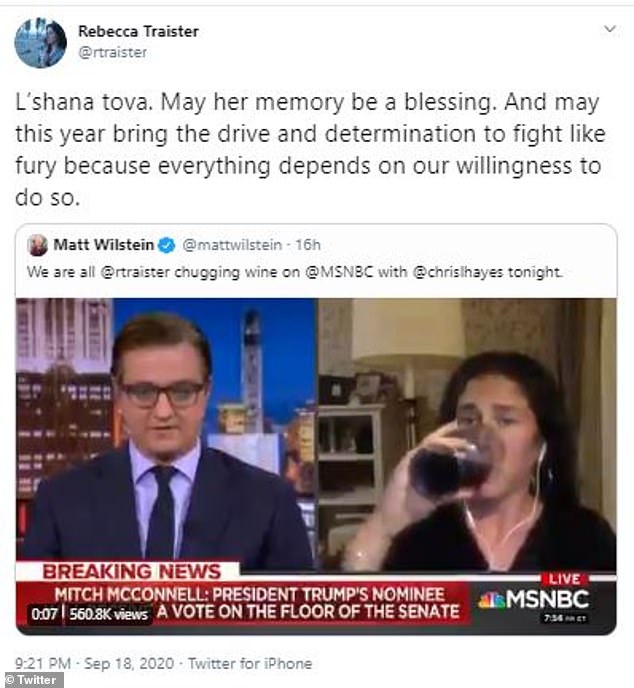 The moment quickly went viral on Twitter. Traister chimed in, telling her followers to ‘fight’ following news of Ginsburg’s death

Before Ginsburg’s death, the Supreme Court had a 5-4 conservative majority.

Ginsburg – who was nominated to the Court by President Bill Clinton back in 1993 – was known as the most liberal Justice on the bench.

Democrats now fear Trump will be able to nominate another conservative Justice to the bench, effectively installing a 6-3 conservative majority that could be in place for decades and will push the country to the far right.

Ginsburg died Friday evening at the age of 87 following a long battle with cancer. 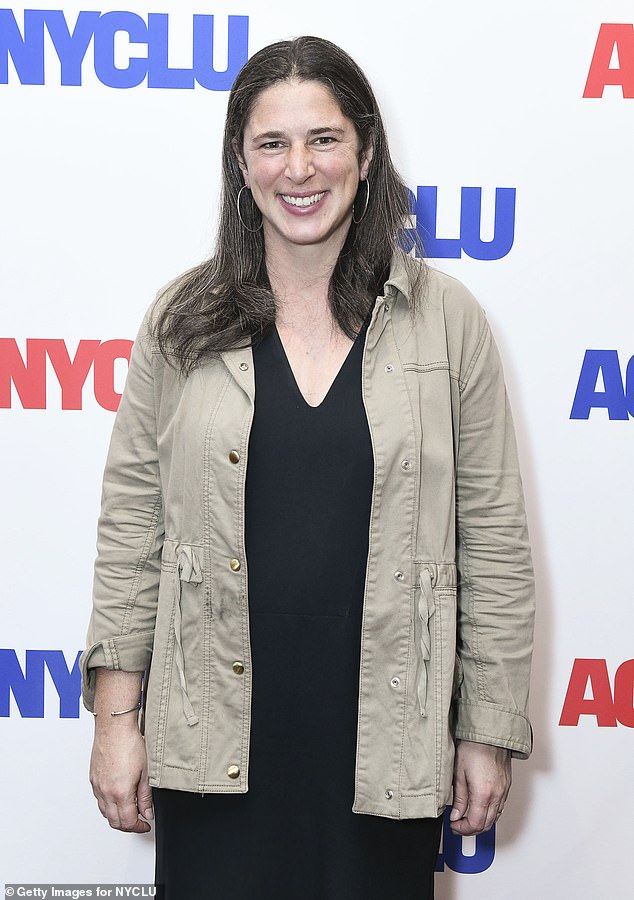