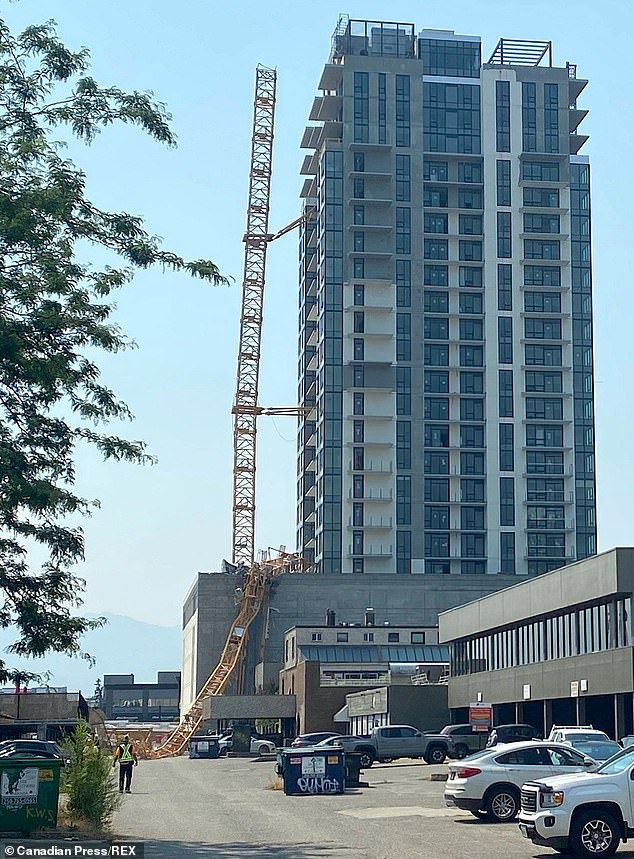 By Melissa Koenig For Dailymail.Com and Reuters

A crane attached to a high-rise under construction in Kelowna, British Columbia, collapsed on Monday, causing multiple fatalities and sending several people to the hospital.

Several workers were near the crane when it collapsed, Royal Canadian Mounted Police Inspector Adam MacIntosh said at a news conference following the collapse

He gave no further details about the victims, saying that ‘not all persons have been properly identified.’ One person was unaccounted for, MacIntosh said.

It remains unclear how many people were killed and injured in the collapse.

A crane attached to a 25-story residential building under construction collapsed in Kelowna, British Columbia on Monday, resulting in multiple fatalities and injuries 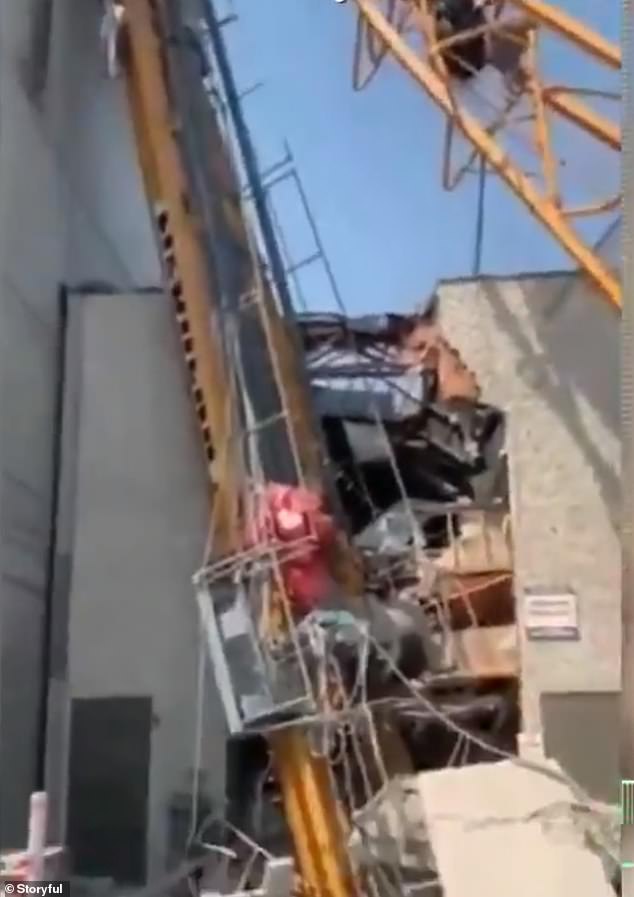 As the crane fell, it hit an adjacent building and the roof of an ‘old-age home’

MacIntosh said 911 calls about the collapse came in at around 11 a.m. on Monday, when the crane, which was attached to the 25-story residential tower that is being built, fell and hit an adjacent building and the roof of an ‘old-age home.’

Several adjacent buildings were also damaged, he said, and ‘the area remains unstable and unsafe,’ and has been evacuated as local officials declared a state of emergency, according to CNN.

Video from the collapse shows part of the crane broken off from the rest of its body, as the videographer says: ‘The top of that crane is missing. Look at it.’

The video also shows a car with its hood smashed in from the attack, as the man says, ‘It’s like, dangerous to be where I am right now.’ 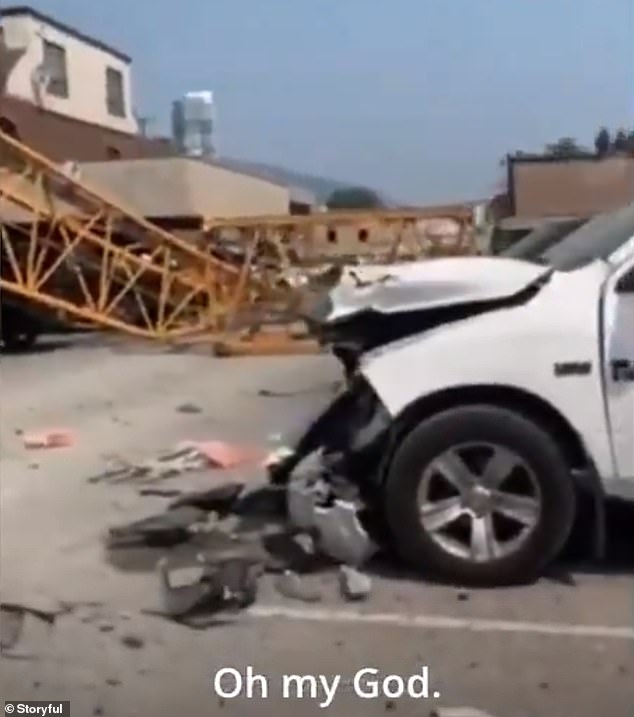 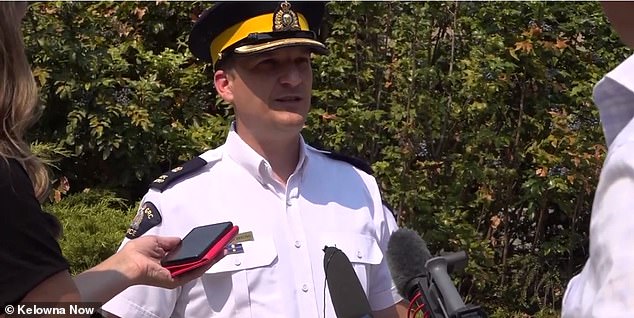 Harry Bains, the minister of labor in British Columbia, said he was ‘deeply saddened’ by the collapse.

‘My thoughts are with the workers affected, and I send my sincere condolences to the families, friends and co-workers of the victims,’ he said in a statement.

‘All workers have the right to a safe and healthy workplace – even one injury or death is too many,’ he continued. ‘This is a heartbreaking reminder that we must strive to ensure the safety of all workers to prevent incidents like this from happening.’

The incident is now being investigated by WorkSafeBC, the British Columbia Coroners Service and the Royal Canadian Mounted Police.