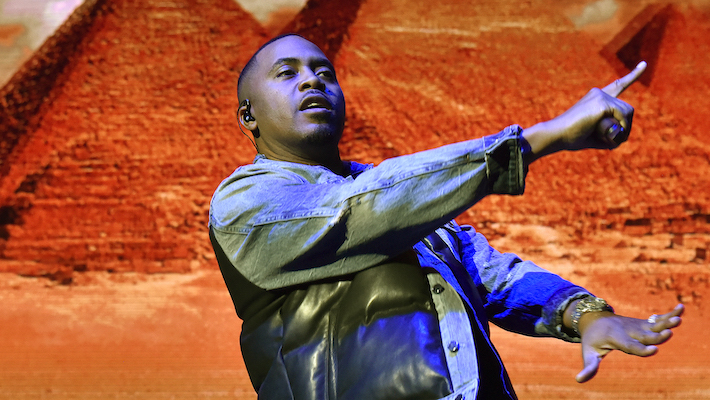 Nas’ 2020 has been a lot better than his recent years and it’s thanks in large part to his King’s Disease album, one that was executive produced by Hit-Boy. The album was much better than his past releases as it found the rapper doing a good job of navigating between his vintage raps and a more modernized sound. Since he released the album, the Brooklyn native has lent his voice to a couple of artists including Public Enemy and Statik Selektah for their respective “Fight The Power: Remix 2020” and “Keep It Moving” tracks. Adding another track to his 2020 resume, Nas brings his talents to the soundtrack of HBO’s Between The World And Me original with his “Fallen Stars Flying” track.

The song finds Nas in a very introspective state as he reflects on some of the losses he’s experienced in his life while heralding the Black youth as these “fallen stars flying.” The past memories he recalls can be heard in lines like, “I just talked with big homie up in federal court / He was double-crossed, nowadays staying real is a loss.” Dealing with these hardships in life often pushes him to react, but he knows going to dangerous extents isn’t always worth it. “I got the ‘K for them,” he raps. “But I refrain from doing shaitans work.” The song later closes with a quick story about how is “Black Girl Lost” track helped a young girl navigate through life, so much so that she got a tattoo of wings on her back.

Press play on the video above to hear “Fallen Stars Flying.”