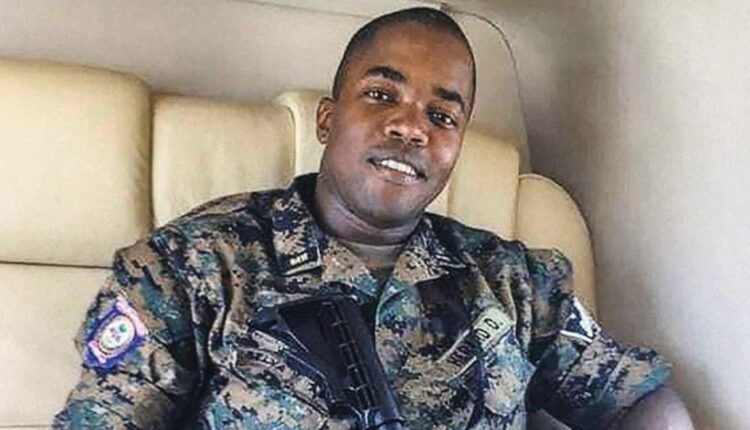 Dimitri Hérard, the head of the General Security Unit of the National Palace — USGPN, by its French acronym — is being kept in custody after preliminary questioning in the ongoing investigation into the assassination of President Jovenel Moïse. Bedford Claude, chief government prosecutor in Port-au-Prince, made the  decision to hold Herard in isolation on July 14, one week after the brutal July 7 slaying that also left First Lady Martine Moïse wounded.

As head of the palace guard, Hérard is among those most responsible for the safety of the president. The USGPN is dedicated to securing both the palace and the president’s private residence.

Hérard had ignored a previous summons to appear for questioning that Claude issued for Thursday, July 8. At the time, Hérard said he could not appear because he was under strict USGPN conservatory measures.

Hérard is also the subject of a US law enforcement investigation related to illegal arms trafficking in Haiti, drew the limelight on February 7, 2021, for contributing significantly to deflecting an attempted coup against the head of state. Sources close to the deceased president claimed that Moïse was personally aware of the US investigation into Herard.

However, during the attack that cost the president his life, no USGPN guard was harmed while Moise was killed by assassins. Haitian government officials have claimed that an elite commando of Colombians raided the president’s private residence and killed him.

Many in Haiti and abroad are skeptical about the commandos and the involvement of three Haitian-Americans based in Florida in the plot.