Nearly 30% of college-age adults say they do NOT drink, study finds 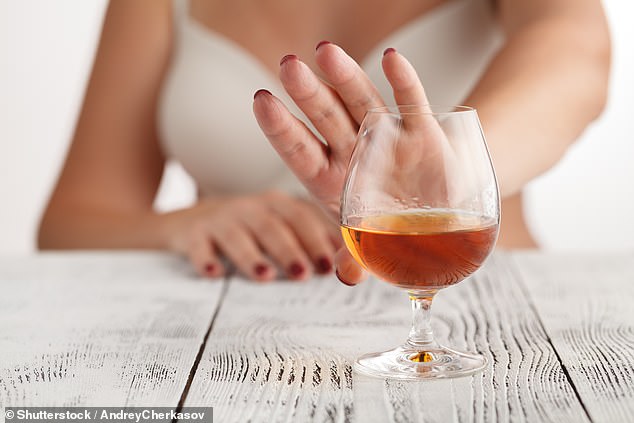 
Nearly 30% of college-age Americans say they do NOT drink and the number of young adults abusing alcohol has fallen by nearly half over the last two decades, study finds

Nearly 30 percent of college-age Americans say they do not drink alcohol, a new study suggests.

Researchers found that the number of US adults between ages 18 and 22 who say they abstain from liquor jumped by about seven percent over the last two decades.

What’s more, adults of that age who say they abuse alcohol abuse fell by nearly half over the same time period.

However, the team, led by the University of Michigan in Ann Arbor, also found that the number of young adults using marijuana, in addition to co-using alcohol and marijuana, has increased – leading to the possibility of misusing multiple substances. 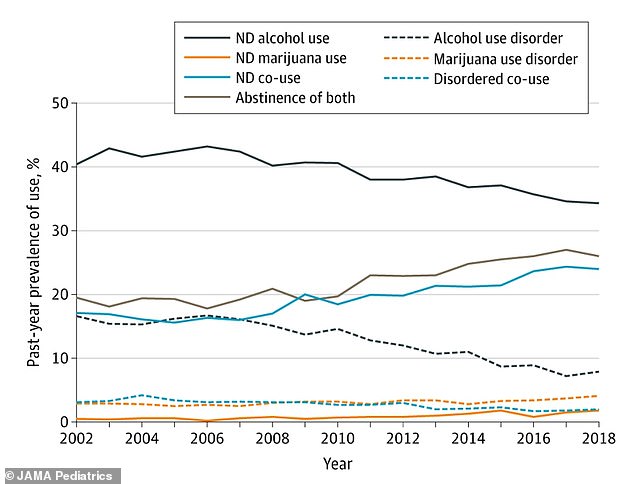 For the study, published in JAMA Pediatrics, the team used data from a nationally representative survey of more than 182,000 adults.

Researchers examined alcohol and marijuana abstinence, co-use and use disorders between 2002 and 2018.

They found that the number of adults from ages 18 to 22 in college who abstained from alcohol increased from 20 percent to 28 percent.

For those not in college, the number of abstinent adults in that age group also increased from 23.6 percent to 29.9 percent.

That’s a decline of about half in both groups.

‘We’re encouraged by the significant decreases in alcohol use disorder–for both college and non-college students,’ said lead author Dr Sean Esteban McCabe, director of the Center for the Study of Drugs, Alcohol, Smoking and Health at the University of Michigan School of Nursing.

‘The prevalence of alcohol use disorder in both groups in 2018 was roughly half of what it was in 2002.

‘We are excited to learn about these drops in disordered drinking, as alcohol-related consequences are one of the leading causes of mortality and morbidity for young adults.’ 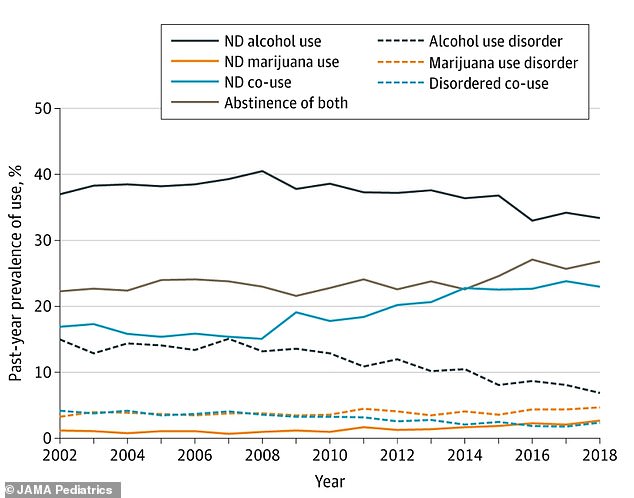 The number of abstinent adults in that age group who are not in college also increased from 23.6% to 29.9% (above)

However, results also showed that co-use of alcohol and cannabis increased between 2002 and 2018 among US young adults.

Additionally, those who met criteria for both alcohol use disorder and marijuana use disorder were more likely to be misusing other drugs.

The team says the findings indicate that more young adults with substance abuse disorders are misusing several different substances, as opposed to just one.

Therefore, more emphasis needs to be placed on interventions that tackle the abuse of multiple substances.

‘The findings of our study reinforce the complex task health professionals have of detecting and developing effective interventions to reduce consequences associated with polysubstance use, such as co-use of alcohol and marijuana.’