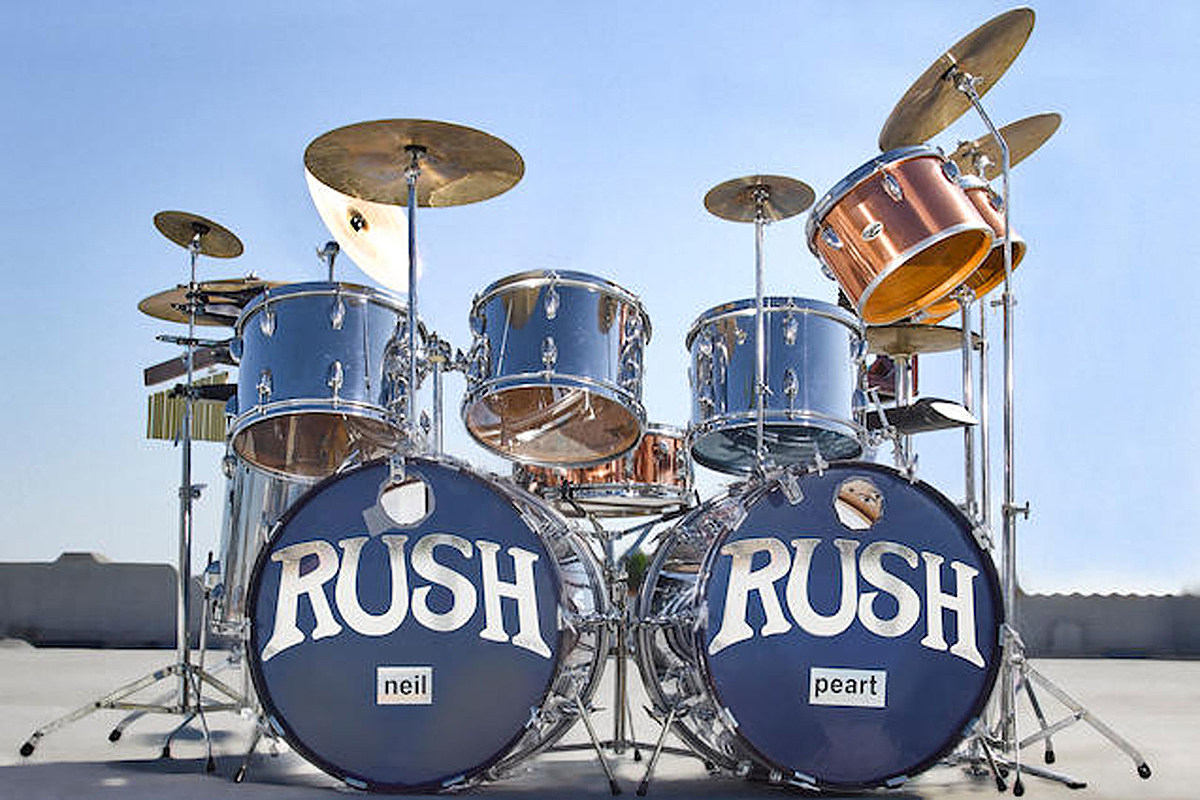 Not only was Rush‘s Neil Peart lauded as one of the best drummers in music history, but many a drum fan marveled over his drum setup over the years. Now, one of Peart’s early era drum kits has hit the auction block with the bidding expecting to reach somewhere between $80,000-$120,000.

This specific kit is a chrome Slingerland drum kit that Peart used while touring between 1974-1977. It’s includes two 22″ bass drums with chrome wrap including the original head, blue resonant heads each with the large silver Rush logo and “Neil” painted on one with “Peart” on the other.

According to auction site Bonhams, Peart purchased the kit in late July / early August of 1974 from Long & McQuade in Toronto. It was placed into storage in 1977 and later donated by Peart for a Modern Drummer giveaway in 1987. The set was awarded to drummer Mark Feldman, who eventually sold the kit to the present owner.

Peart joined Rush in July of 1974 and he purchased the Slingerland kit from the Long & McQuade music store. It was used in his first show playing in Pittsburgh on Aug. 14 of 1974. The kit was also used on the Fly by Night, Caress of Steel and 2112 albums. The kit would eventually be retired after the band’s All the World’s a Stage support.

To see more, and to learn about the auction, head to Bonhams here.