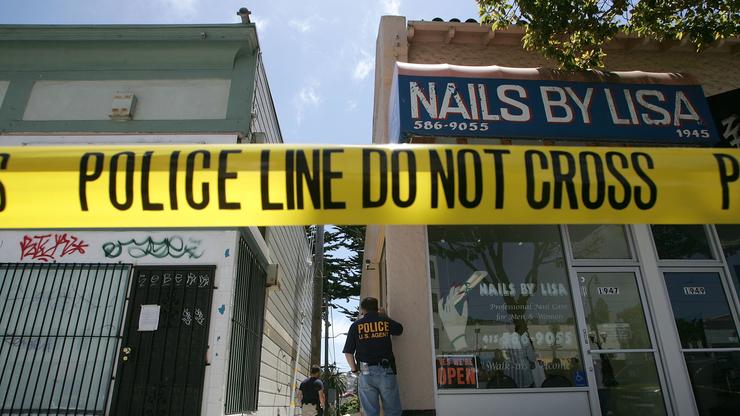 According to the 22-year-old’s family, Baker was beaten and some of his teeth were missing.

Over the summer, there were a number of disturbing reports about Black people, primarily men, found hanging from trees in public spaces. Investigations would later determine that they were all victims of suicide, however, there were activists who believed that not all of the cases were the results of people taking their own lives. These incidents are once again being revisited after a report circulated that 22-year-old Nevan Baker had hung himself from a tree in an Orlando, Florida park on October 5. Authorities have labeled his death as a suicide, but his family doesn’t agree.

According to multiple reports, Nevan Baker’s family insists that he wasn’t suicidal. Attorney Ben Crump has come forward to add a few more details regarding Baker’s death that add suspicion. “Nevan Baker was found HANGING from a tree in Orlando.  @OrlandoPolice quickly ruled his death a suicide but now we learn his hands were tied, teeth missing and face bruised,” Crump tweeted. “We demand transparency and a comprehensive investigation so we know exactly what happened! #JusticeForNevan.”

Baker’s grandmother, who he lived with, told reporters, “He would’ve never walked this far without his ID, so I know that somebody did something to my grandson.” She called him a “gentle soul” and added, “He wouldn’t kill himself.”

On Monday (October 12), the police department released a statement saying, “While we are awaiting the final report from the Orange County Medical Examiner’s Office, an agency independent of the Orlando Police Department, their initial findings ruled the death a suicide.”