News analysis: How the prime minister role became a pass-through that failed Haiti and, ultimately, Moïse 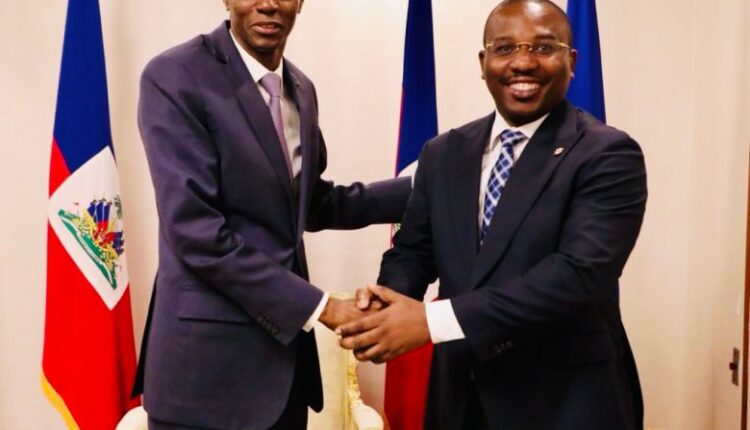 Throughout his career in Haitian politics, Claude Joseph had often wondered how the prime minister found time to sleep. Then in April 2021, Joseph was thrown into the grueling role when President Jovenel Moïse called him to ask that Joseph take on the job of leading Haiti’s government.

Moïse, Joseph said, had just accepted the resignation of his fifth prime minister in four years, Joseph Jouthe. A man who had attempted to resign about a month before being successful in his second attempt.

Joseph, then the minister of foreign affairs, did not give Moïse his answer right away. But he gave it some thought and then said yes — out of obligation.

“I measured the responsibility in tears,” said Joseph, during a May interview with The Haitian Times. “I told the president, ‘If it’s for the country, I have to accept.’”

“But I have to emphasize that I’m only prime minister for a little while, for a short time,” Joseph added.

Little did Joseph know then that his temporary term would be extended twice more and that during his final days in the position, he would step into the role of Moïse himself after the president was assassinated in a brutal late-night raid. But it’s no surprise, to be sure, in a country that saw seven different prime ministers during Moïse’s four-year tenure. With each successive leader in that role, the country has fallen deeper into crisis.

“There are different sectors — there’s education, justice, there’s finance, there’s commerce, etcetera — so you have to coordinate the actions of the government so that the government can speak in one voice,” Joseph said in the Zoom interview. “That’s not easy. Then, to add to that, there’s the political climate, the current situation we’re in.”

“We have political actors who don’t want to sit together and put their interests down so Haiti can move up,” Joseph added in the 11-minute recording. “You have to charm the opposition to tell them let’s have a political agreement so we can move on with these two pillars: the constitutional referendum and elections.”

Squashing both the ongoing violence, perpetrated by warring gangs in Port-au-Prince, and the kidnapping-for-ransom racket — collectively referred to as “insecurity” in Haiti — were of the highest priority.

“The president said ‘Listen, we’re going to work on security,’” Joseph said. “That’s why I met with the national police so many times.”

Ironically, the lack of security traversed the streets of Port-au-Prince and reached the President’s door in the worst of ways. An unknown number of assailants breached Moïse’s private home, stomped into his bedroom and fired machine-gun style shots — 12 of which struck Moïse and left him dead. All while his wife watched and sustained several bullet wounds herself in the brazen attack.

To understand how Haiti arrived at the point where even the president can be left so pathetically vulnerable, it is important to look through the lens of its government, or lack thereof. The prime minister’s key task is to establish a government that keeps the country operational. In the case of Moïse’s prime ministers, none formulated a working, sustainable government.

Accusations in plot against Moïse

Back in April, after Joseph spoke with The Haitian Times, he actually shed tears during a press conference on July 1, a day of carnage when 15 people were shot dead in Delmas. Six days later, Moïse was assassinated in his home in Pelerin 5, Port-au-Prince, leaving Joseph as Haiti’s de facto head of state.

Scores of people instantly accused Joseph of orchestrating the murder so he could rise to become head of the republic, even though he maintains he hasn’t been thrilled with becoming the prime minister.

“Please have our FBI investigate Claude Joseph!,” Wedlin Sainval posted on Twitter. “Please denounce his implication in this horrific crime! Please make us Haitian American proud! Politics is different from how things used to be done in the past! We are in the 21st century!”

About two weeks after being in charge of Haiti, Joseph ceded his role as prime minister to Ariel Henry, a former neurosurgeon and minister of interior. Henry was named prime minister in a July 5 decree that revoked Joseph. However, Dr. Henry hadn’t been installed when Moïse was assassinated. It led to a dispute about who should’ve became acting president. Dorval had said that an uninstalled prime minister is “useless.”

“When a prime minister is named for him to form a government he has to be installed,” Dorval said in an interview with A Vos Cas. “If he wasn’t installed he can’t make any decisions, he’s useless.”

The United States and the United Nations supported Joseph as prime minister, according to a statement from the government. However, Joseph abruptly agreed to step down after a conversation with Dr. Henry Sunday, according to the Washington Post. Joseph said he stepped down “for the good of the nation.” He retains his post of minister of foreign affairs in Henry’s new government.

Now, Haiti’s newest prime minister, Dr. Henry, is stepping into the head of government role. He faces not only the deep difficulties that led to his predecessor’s firing or resignation, but healing a nation deeply shaken by the president’s slaying.

Even before Henry was installed Tuesday, opposition leaders like Andre Michel have posted on social media that Henry shouldn’t be Haiti’s head of state.

All eyes will be on Henry as he will look to hold elections after an assassination and during Haiti’s political crisis.