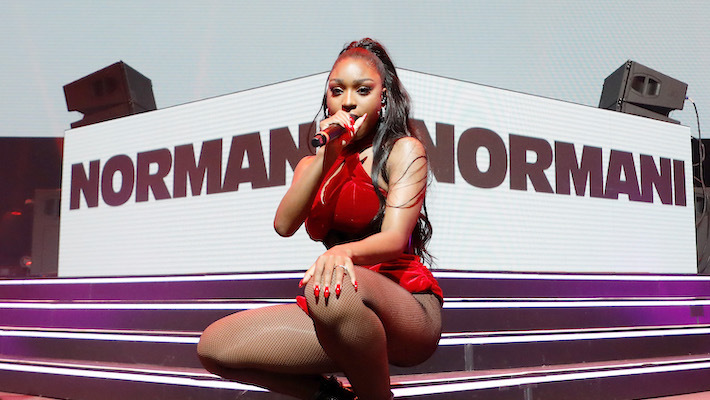 It was recently revealed that Normani‘s mom has been once again diagnosed with cancer. On Sunday, the singer — who in 2018 told Paper Magazine that her mom’s previous cancer diagnosis, from two decades ago, was the “scariest point in all of our lives” — shared a message in support of her mom.

The news was shared by Normani’s mom herself, who posted about her relapse on her Instagram page. “I did it once and I’ll do it again!” her mom wrote, referring to when she was first diagnosed with cancer nearly 20 years ago.” Not long after, Normani showed her support on Twitter, posting a simple message: “F*ck cancer.”

Back in 2018, Normani teamed up with the American Cancer Society to raise awareness about breast cancer, which affects one in eight American women, and the importance of testing. “That’s important for any woman that’s going through the same experience, to have a support system of people around you who are reminding you that you’re still beautiful,” she said at the time.

On the music front, Normani has remained relatively quiet since releasing her hit track “Motivation,” which was co-written by Ariana Grande. In late February, Normani sat down with Rolling Stone for their cover story, in which the singer gave updates on the status of her new music. While she said her record was “about halfway” to completion, she said she hoped to have a single out by this summer. The summer came and went with no new Normani music, but it’s possible that she had to postpone her releases due to the pandemic.

During the interview, Normani added that she’s attempting to offer a more honest view of herself on her debut solo album. “I want to be able to feel like I was represented in the most authentic way possible because I know what it feels like coming from a girl group and being told who to be,” she said.