Number of Haitian children in need rises, along with adoption regulation, turmoil – The Haitian Times 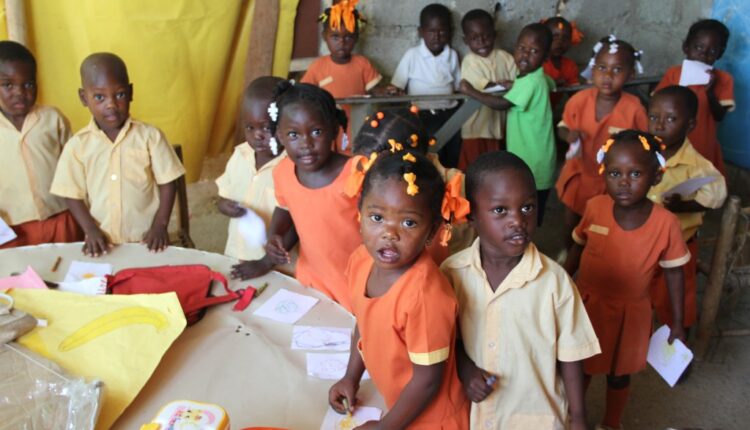 This article is the first installment in a series about adoptions from Haiti to the U.S., offering perspectives on the process from both countries.

In October, the media spotlight shone on Supreme Court Justice Amy Coney Barrett and her family of seven children during the judicial confirmation process. Among the children, the two adopted from Haiti — Vivian, 16, and John Peter, 13 — received the most scrutiny.

Probes came from news outlets like The New York Times, which reported that the children were adopted in 2004 and 2010, respectively. Since 2010, however, the Haitian government has adopted stricter laws to comply with Hague Convention protocols, making international adoption more difficult.

“In the past, anybody could come and adopt a child easily,” said Erick Pierre-Val, a Delmas, Port-au-Prince pastor who counsels parents on the adoption process. “Now, because of the Convention, [they] try to control the process because they care about human trafficking.”

International adoptions to the United States from the rest of the world declined sharply after 2008, when the U.S. government first adopted Hague standards. Haiti itself tightened its laws in 2014 to comply with the Hague Convention, and the steepest decline in adoptions from Haiti took place in 2015.

While adoption regulation increased, so has the number of children in need. Financial difficulties, exacerbated in the past year by rising insecurity and the coronavirus pandemic, have made it increasingly difficult for parents to care for their children. Eighty percent of the nearly 30,000 children living in Haitian orphanages have at least one living parent, the Haitian government has reported.

US-Haiti adoption by the numbers

Adoption of children ages 0 to 18 from Haiti to the U.S. has fluctuated over the past two decades, U.S. State Department records show. Of the 4,620 children adopted since 1999, 95 were reported as 18 or older. Annual adoptions topped 300 on six separate occasions prior to 2015. Since then, the highest annual total reached was in 2017, when 227 children were adopted.

Adoption from all the world’s countries to the U.S. has declined every year since 2004. It saw the steepest drop in 2009, dropping by 27% from 2008, when the U.S. adopted Hague Convention protocols.

Up until then, individual states largely regulated adoptions, said Chuck Johnson, president of the National Council for Adoption, a nonprofit coalition with more than 100 member adoption agencies in the U.S. and Canada.

Since then, adoption agencies have been required to meet rigorous standards, including additional training for prospective parents, as well as home studies and background checks.

The U.S. federal government assumed regulatory control in 2008. The number of accredited international adoption agencies fell from a high of 200 in 2004. Now, according to Johnson, about 120 accredited agencies are in operation.

This means parents have less options, despite the tremendous need in countries like Haiti.

“Americans are still lining up to adopt those children, it’s just getting harder and harder to do that,” Johnson said. “A lot of the agencies believe that the regulations are so strong that they just can’t do adoptions anymore.”

Adoptions from Haiti to all countries dropped to 400 in 2019, a drop from pre-2014 levels, when the number of annual adoptions frequently topped 2,000. Regulations both foreign and domestic have also made it more difficult to place children in homes abroad.

Haiti’s Institute for Social Well-being and Research, known by its French acronym IBESR, restricted the number of foreign adoption agencies allowed to work in the country. As of January 2020, only 50 of Haiti’s 754 orphanages had IBESR accreditation and the government has barred new orphanages from opening.

“Adoption is very slow,” said Pierre-Val, who ministers at Rendezvous Christ Church. “So many orphanages complain about the process. [It is] very long.”

IBESR also launched public awareness campaigns to educate parents about the ramifications of international adoption. The volunteer-led campaigns have highlighted deceptive tactics that nefarious orphanages used to trick parents into giving up a child, often through false promises of reuniting one day.

“We have measures that we have taken where no once can place a child without coming to the” child welfare office, Arielle Villedrouin, who heads IBESR, said in June.

Still, the number of children in need has only increased as anti-government protests and the coronavirus pandemic have worsened economic activity in Haiti. The resulting financial strain on already poor families has become even more unbearable. The high cost of necessities like food and health care is a major factor driving poor parents toward adoption, Pierre-Val said.

“They have nowhere to turn,” said Pierre-Val. “If you have to go to the hospital, you have to make sure you have enough money to pay. So that’s why they think adoption is a good thing for them, even if there is misunderstanding about adoption.”

Sam Bojarski has been covering Haiti and its diaspora for The Haitian Times since 2018. He is currently covering New York’s Haitian community as a Report for America corps member.

Eight people shot at mall in Wisconsin with 10 ambulances requested

PAUL THOMAS on… the cost of Covid-19