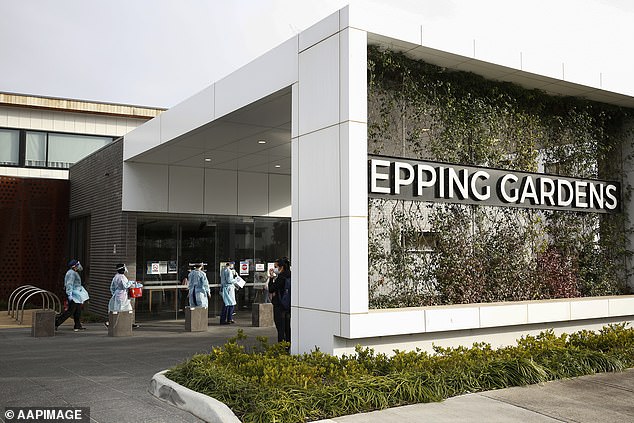 Workers at a nursing home where 38 elderly residents died of coronavirus claim they were told to clock on for shifts while waiting for their test results.

They were also allegedly told not to wear masks at the Epping Gardens facility in Melbourne so they wouldn’t scare the elderly residents.

The staff, who were widely condemned for hosting a baby shower at the facility days before a Covid-19 deadly outbreak, spoke with A Current Affair to offer their collective version of events.

Heritage Care, which owns the facility, dobbed in six of its carers to the Australian Health Practitioner Regulation Agency following the baby shower on July 16, claiming it was an unauthorised event.

The first case of Covid-19 at the facility was confirmed a few days later.

But carers claim management knew about the baby shower as well as a birthday celebration held at the facility two days later.

The carers pointed to myriad failures in infection control they believe made a Covid-19 outbreak inevitable.

Among the more serious breaches of Victorian Government protocol, one carer, Renee, alleged she was told to continue working while she waited for the results of a Covid-19 test.

‘They said, “while you are waiting, you can work”,’ she said.

A second carer, who called herself Jade, was allegedly told she needed to work despite coming into contact with a Covid-positive resident.

And they said “don’t worry, you can work today”.’ 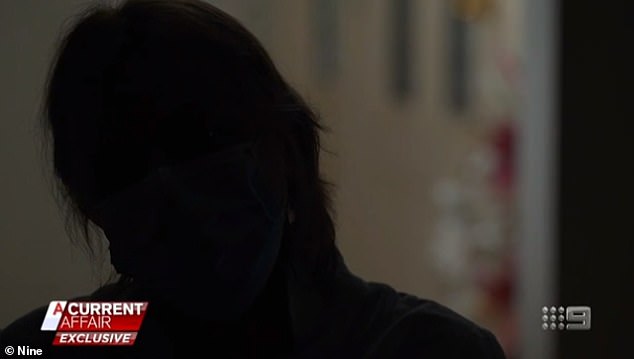 A third carer claimed to ACA she was told to stop wearing a mask when on duty because it was scaring residents.

‘[The manager said] “just throw your mask in the bin… you’re scaring them (patients) and they think we’re sick”,’ she said.

The carers also claimed facility management were not aware when Carol Preece died after contracting the virus.

‘I was asked was FaceTime at 11 o’clock with my mother okay? And I’m like “my mum’s dead. She died two days ago”,’ Ms Preece’s Belinda daughter said.

Business mogul Peter Arvanitis resigned as director of Heritage Care in late August after details of his high-flying lifestyle, which includes owning multiple properties and sports cars, were revealed by Daily Mail Australia. 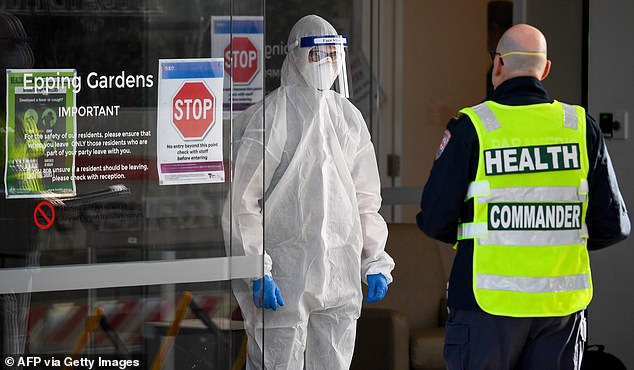