A third person has been charged in connection with the death of a mother-of-four who was killed after two teens rolled a 74-pound log off a cliff in Ohio.

Miranda Spencer, 20, was charged with obstructing justice by a Hocking County grand jury late last month, after testifying about the death of 44-year-old Victoria Schafer.

Prosecutors say Spencer was with teens Jaden Churchheus, 17, and Jordan Buckley, 16, when the boys rolled the log off the cliff near Old Man’s Cave in Hocking Hills State Park in September of 2019, leading to Schafer’s death.

Last month, Churchheus and Buckley pleaded guilty to involuntary manslaughter, and their three-year prison sentences were suspended pending a juvenile court re-hearing, because they are minors. 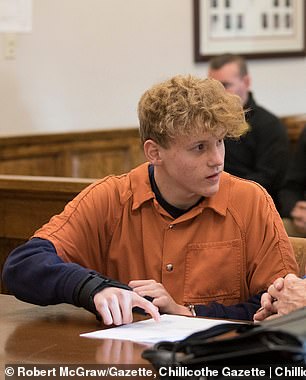 Jaden Churchheus, 17, and Jordan Buckley, 16, both pleaded guilty to involuntary manslaughter last month, admitting to rolling a log from a cliff that crushed a woman 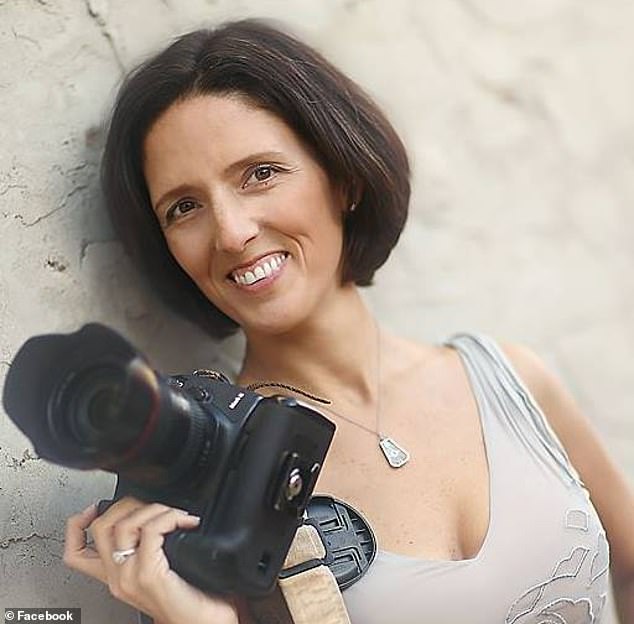 Victoria Schafer’s September 2, 2019 death had initially been ruled an accident, but after a preliminary investigation authorities discovered evidence the log had been pushed or thrown off a cliff at Hocking Hills State Park, before fatally striking her 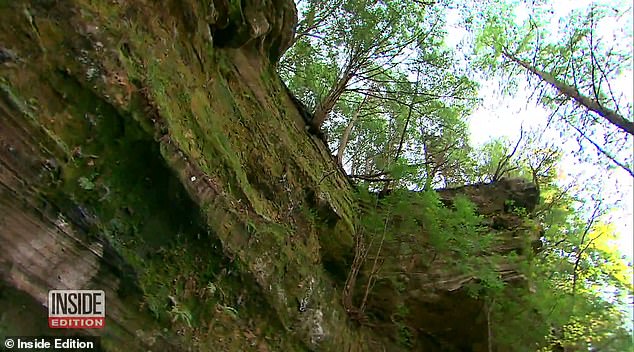 The boys rolled the log off the cliff near Old Man’s Cave in Hocking Hills State Park in September of 2019, leading to Schafer’s death

Spencer was not a minor at the time Schafer was killed. She was with the two teens at the time of the incident and testified that they pushed the six-foot log ‘to be funny.’

At a court hearing last month, Buckley issued a tearful plea for forgiveness for his actions.

‘I understand that my actions that day has caused your family’s life to change,’ the teenager told the woman’s loved ones in court.

‘I know that no words that I can speak can bring back your beloved wife, daughter and sister.

‘My hope, from all of this, is to use this trauma to learn and live the rest of my life in a way that will honor Ms. Schafer’s. I would like to use this experience to prevent others from making a similar mistake. 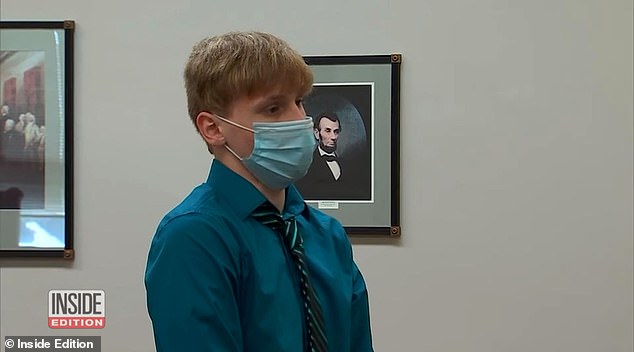 At a court hearing last month, Buckley issued a tearful plea for forgiveness for his actions 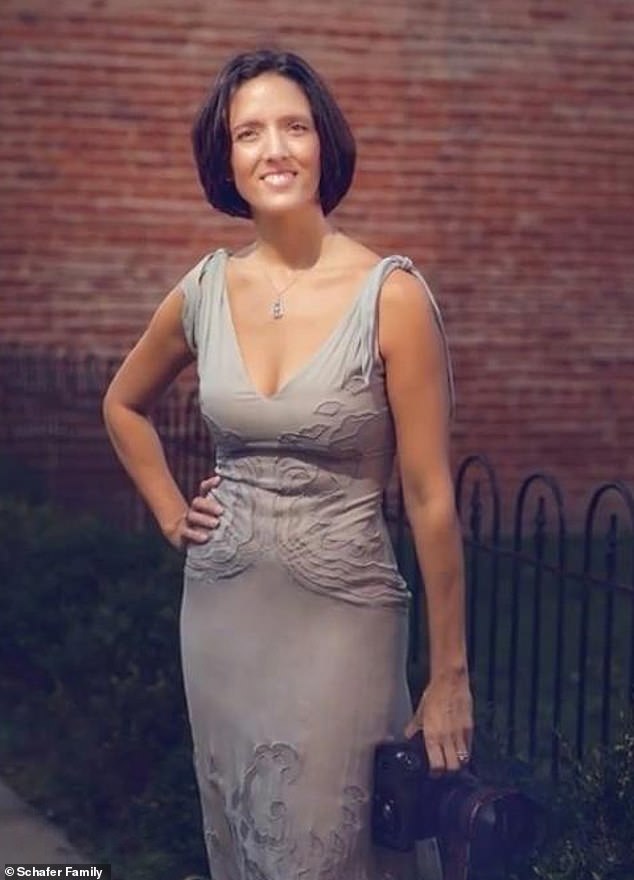 ‘There will not be a day for the rest of my life that I will not think of this tragedy,’ Buckley added in a video obtained by Inside Edition. ‘I hope that someday you will find it in your heart to forgive me.’

‘I have thought about the fact that I caused someone’s death every day since it happened. And I will carry that for the rest of my life,’ he said. ‘I realize that nothing I say can bring Miss Schafer back, but I am truly sorry,’ he said.

Schafer, a mother of four children, owned a photography studio and was well known in her local community for her charity work, contributing to various causes over the years. 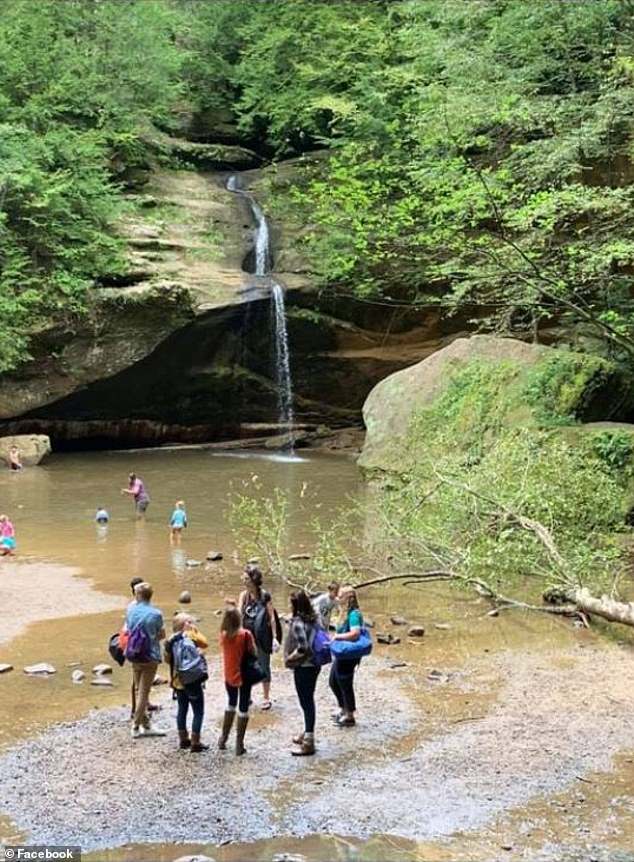 This image was taken of Schafer surround by students. moments before she was killed

Her husband John Fritz Schafer said at the time she was exercising her passion for photography.

The woman’s death had initially been ruled an accident, but after a preliminary investigation authorities discovered evidence the log had been pushed or thrown off a cliff before fatally striking the 44-year-old from Chillicothe.

She was taking photographs with five of her students near Old Man’s Cave, when the log fell around 75 feet off the cliff and landed on top of her where she was sitting on a staircase, killing her instantly.

Police received a tip that a 16-year-old boy had texted a classmate telling him he’d done ‘something bad at the park’ with another juvenile boy, also 16.

Further investigation led to the arrests of the two boys mentioned, both from Logan, who reportedly confessed to police in an interview that they ‘were involved in forcing the log over the cliff.’

However, at a detention hearing both of the boys denied the offenses, according to the Chillicothe Gazette.

The prosecutors pushed to have them tried as adults because they tried to cover up the crime and didn’t come forward until a month after the incident. They also alleged that the boys, then 16, were drunk at the time. 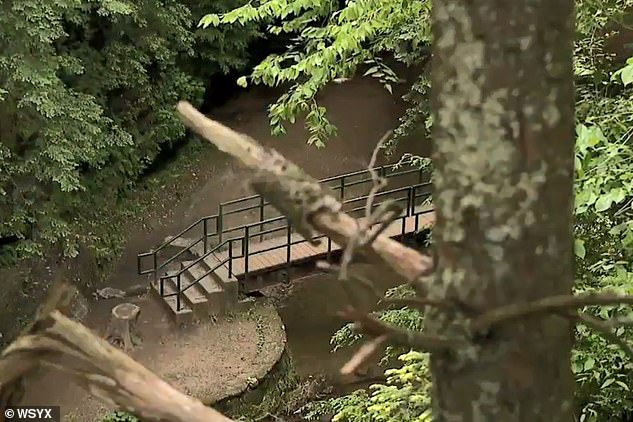 Schafer, 44, a professional photographer from Chillicothe, was taking photographs with five of her students near Old Man’s Cave, when the log, weighing 74 pounds, fell some 75 feet off the cliff and landed on top of her where she was sitting on a staircase, killing her instantly 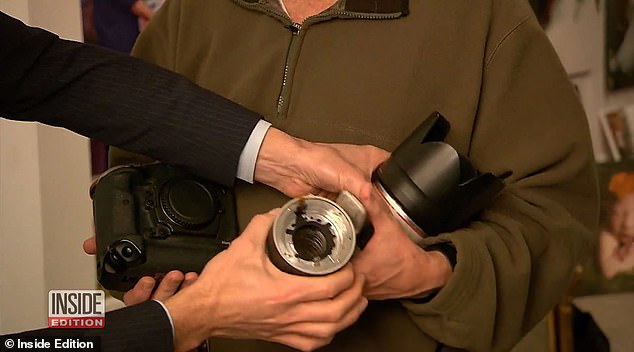 Her broken camera, crushed in the incident, is pictured as part of evidence in the case

The Hocking Juvenile Court classified the two defendants as ‘Serious Youth Offenders’, which means the offense would have been classified as a violent offense if committed as an adult, and has found them to be dangers to themselves and others.

The teens took a plea deal that reduced the charges from murder and reckless homicide and transferred the case back to juvenile court.

‘Jordan’s response to this tragedy has been as good as it can be,’ his attorney said.

The attorney said the teen had been in counselling since December 2019.

The judge has recommended he spend 3 to 4-and-a-half years in prison.

The teenage boys are set to re-sentenced in juvenile court on October 15.