‘Our couch was the front line’: German advert urges people to ‘be a hero and stay at home’ 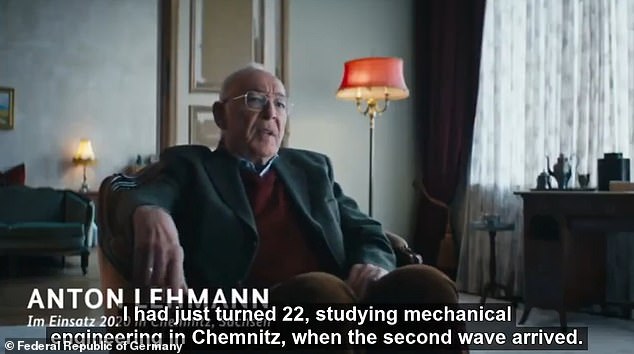 ‘Our couch was the front line’: Tongue-in-cheek German advert urges people to ‘be a hero and stay at home’ with elderly man recalling his ‘service’ to the nation in ‘winter of 2020’

By Ross Ibbetson For Mailonline

A tongue-in-cheek German advert urging people to ‘be a hero and stay at home’ has been released showing an elderly man recalling his ‘service’ in the ‘winter of 2020.’

The short clip produced by the government begins with an elderly man recalling the arrival of the second coronavirus wave while he was a student ‘when the whole country’s eyes were on us.’

Dramatic violin strings play over a cinematographic montage of the narrator as a 22-year-old lazing around his sofa and saluting the delivery man bringing his pizza.

The old man says: ‘Our couch was the front line and our patience was our weapon.’

Critics say the advert diminishes the catastrophic impacts of lockdown measures which many will never be able to look back on with a ‘smile,’ as the narrator does. 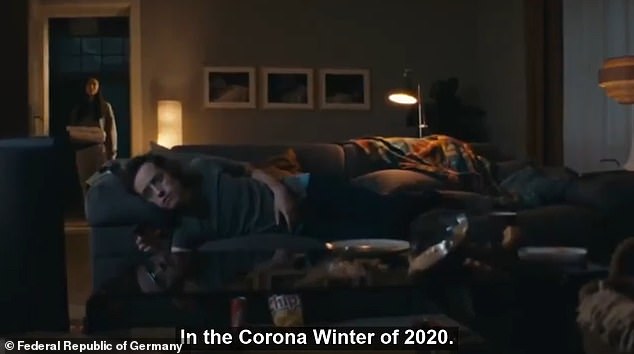 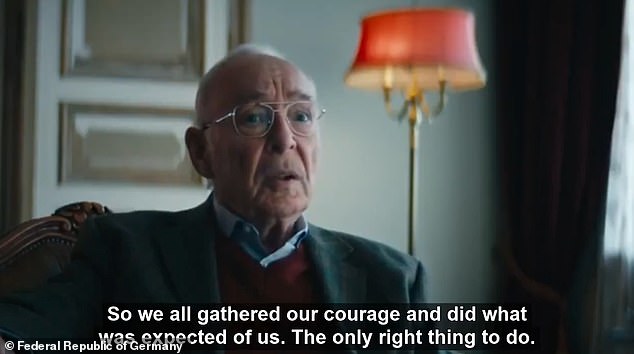 The man says we ‘gathered our courage’ to do ‘nothing, absolutely nothing’ 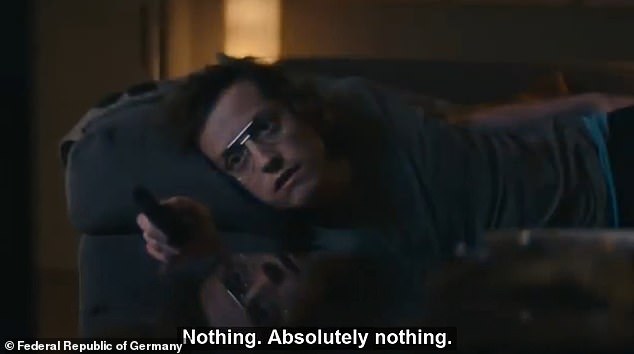 Others have argued that it is a deeply sarcastic portrayal of the ‘hero’ which takes a pointed dig at those who are unable to adhere to the government guidance.

‘I had just turned 22 and was studying engineering,’ the elderly man says as if being interviewed decades from now, ‘when the second wave hit.’

‘At that age you want to party, study, meet new people or go out drinking with friends. But fate had other plans for us.’

The setting switches to the scene of the narrator as a young man lying on his sofa, can of beer in one hand, TV remote in the other.

‘Suddenly the fate of this country lay in our hands,’ he says. ‘So we mustered all our courage and did what was expected of us, the only right thing. We did nothing.’

‘Days and nights we stayed on our backsides at home and fought against the spread of the coronavirus,’ the narrator continues. ‘Our couch was the front line and our patience was our weapon.’

The ad ends with a government message that ‘you too can become a hero by staying at home.’

Germany imposed fresh restrictions to curb the spread of COVID-19 at the start of November, shutting restaurants, bars and gyms, and setting limits on the number of people who can meet in public and private settings.

The police fired water cannon during an anti-lockdown rally in Frankfurt yesterday and eventually broke up the gathering as rules like wearing masks and socially distancing were not observed. 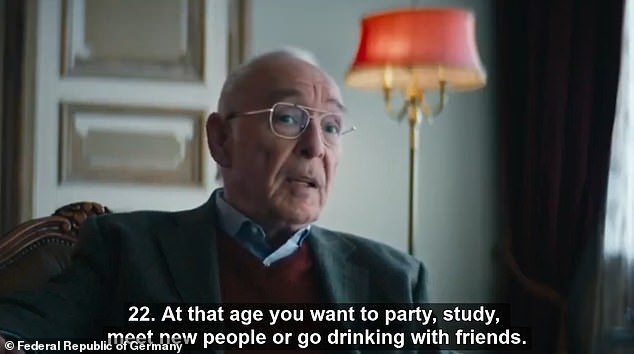 In comments pointed at Germany’s younger demographic, the elderly man speaks of the sacrifices that had to be made during lockdown 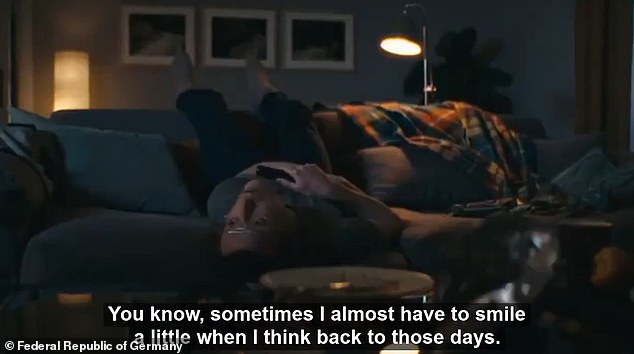 He says he ‘smiles’ when he looks back on that winter

It comes as Economy Minister Peter Altmaier warned the country to brace for five months of severe measures to reduce the infection rate on Sunday.

‘We’re not out of the woods yet’, he said referring to infection numbers. ‘We cannot afford a yo-yo shutdown with the economy constantly opening and closing.’

Data from the Robert Koch Institute (RKI) for infectious diseases showed on Sunday that the number of confirmed cases in Germany increased by 16,947 to 790,503.

Weekend figures tend to be lower as not all data is reported by local authorities.

Altmaier said Germany should be wary of relaxing restrictions too quickly.

‘If we don’t want days with 50,000 new infections, as was the case in France a few weeks ago, we must see through this and not constantly speculate about which measures can be relaxed again,’ he told Bild am Sonntag.

‘All countries that lifted their restrictions too early have so far paid a high price in terms of human lives lost.’