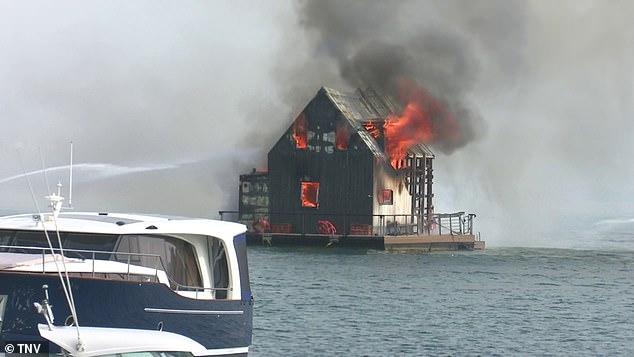 Exclusive $1,450-a-night floating villa in Sydney goes up in flames after ‘accidental blaze’ – forcing two people inside to jump into the water to escape

An exclusive floating villa in Sydney’s Palm Beach has been destroyed in a dramatic blaze.

NSW Fire and Rescue crews were called to the scene in Pittwater Bay at about 2.20pm on Sunday as the $1,450-a-night floating villa called Lilypad caught fire.

Two people were on board the mooring when the fire set in, who both escaped uninjured.

A NSW Fire and Rescue spokesperson told Daily Mail Australia they managed to ‘self evacuate safely’.

The spokesperson said the cause of the fire was as yet unknown, but ‘seemed accidental’ with investigations ongoing.

Several fire crews are at the scene fighting the blaze, which is under control, while the Lilypad villa has been destroyed.

NSW Police and ambulance officials are both also at the scene.

Lilypad Palm Beach is one of Sydney’s most luxurious boutique holiday rentals and is only accessible by boat or seaplane. 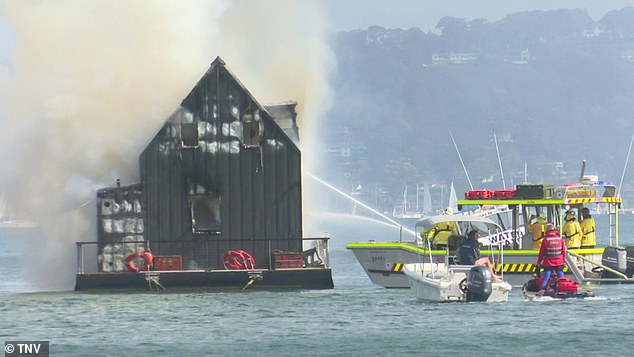 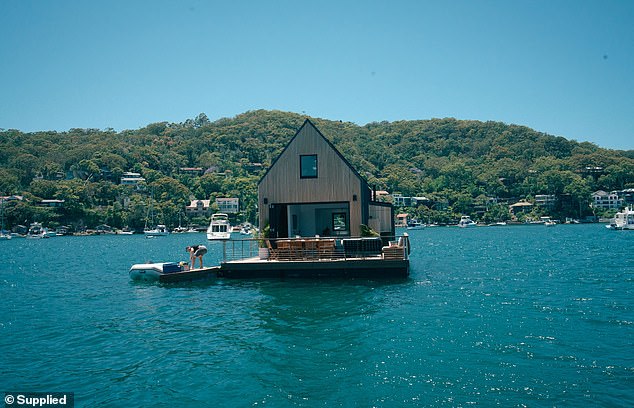 Lilypad is among Sydney’s most exclusive and private boutique rentals with one night stay costing $1,450 per night 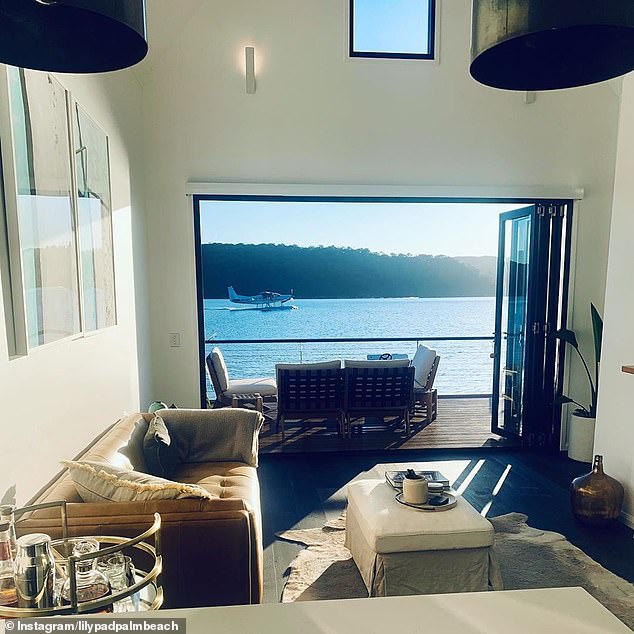 A night’s stay in the villa, which is 100 per cent solar-powered, starts from $1,450, with the price including other perks such as a private concierge, onboard breakfast items supplied by nearby restaurant Boat House Palm Beach and use of paddleboards, fishing rods and a floating day bed.

Those booking a two-night stay also receive a complimentary dinner for two at the ‘iconic’ Barrenjoey House, with a private boat transfer valued at $350.

Even though the villa is just metres from the shore, the owners of Lilypad say it ‘feels a million miles away’.

The villa is a regular haunt of celebrities, including former Bachelorette Georgia Love, who celebrated her engagement to husband Lee Elliott at the venue.

Lilypad only sleeps up to two guests, but the owners say it can be used as an ‘event venue to host friends, family or clients’ and can host up to 16 people.

It can also be booked as a day spa venue for up to six guests. 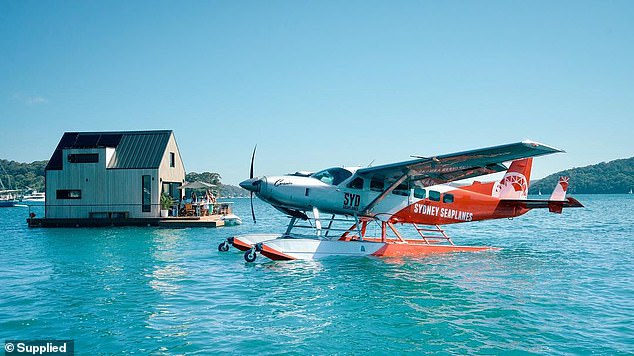 A boat or seaplane is required to access Lilypad, with famous guests including Jennifer Hawkins and former Bachelorette Georgia Love

Hip-Hop Played a Major Role in This Presidential Election