Tara Hanlon, 30, who worked for a recruitment firm in Leeds, left Yorkshire after telling friends her new well-paid role was in public relations.

Recruitment firm executive Hanlon was stopped by Border Force officials allegedly with £1.9m cash in five suitcases as she tried to board a flight to Dubai on October 3.

It was the biggest single money seizure this year, and she could face up to 14 years in jail if found guilty of money laundering.

But her arrest stunned her grandmother who claimed she was a hard-working career woman who ‘would never get involved in crime’.

In an exclusive interview with MailOnline Maureen Downs, 80, said: ‘I know my granddaughter and she would never do anything like what she is accused of. She has a heart of gold.’

‘She is a lovely girl and she had never, ever been in in trouble.’

Suggesting her ‘naive’ granddaughter may have been the victim of a set up, she added: ‘I want to know if somebody switched her bags. I can’t see her having the confidence to go through an airport like that.’

Mrs Downs said Tara, from Leeds, was devastated by the loss of her mother at the end of March, saying: ‘My daughter died and we lost another relative to cancer. Tara was heartbroken. It has been a terrible year.’ 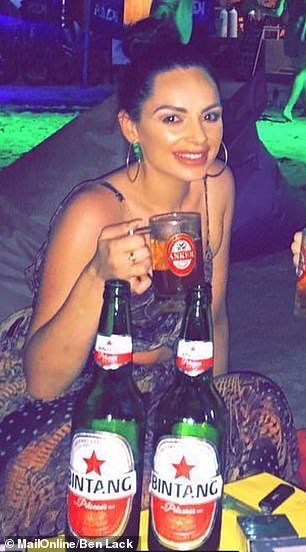 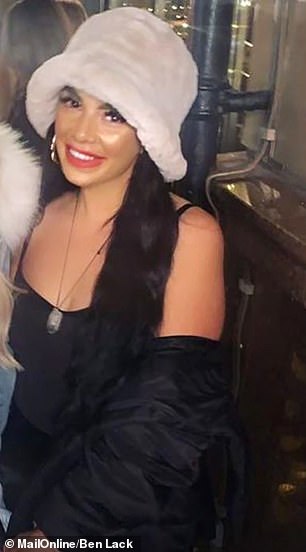 Hanlon (pictured left and right), 30, was arrested at Heathrow Airport on October 3 when Border Force officials found £1.9m stuffed into five suitcases, in the biggest seizure this year 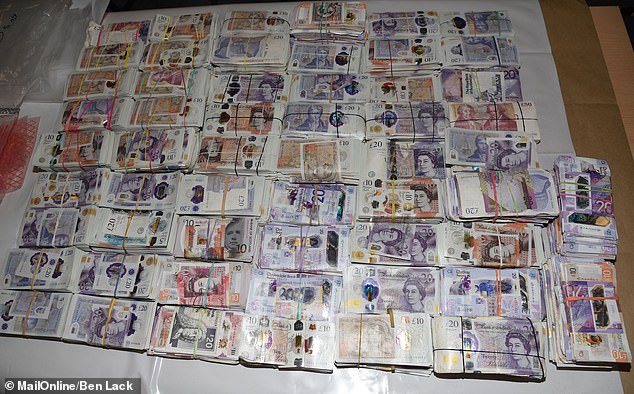 Hanlon appeared in court charged with money laundering over the cash discovery (above) and was remanded in custody until November 5, when she appears at Isleworth Crown Court 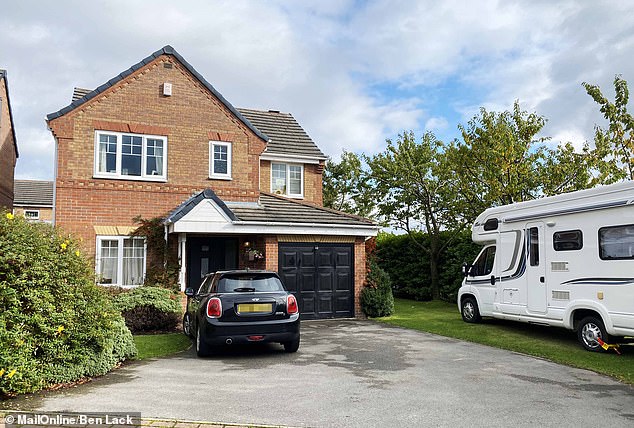 She added: ‘I can’t sleep and I hope I am going to wake up from this nightmare.’

The company was founded by Porsche-driving Richard Goodall in 2009 with two members of staff.

In 2017 it recorded sales of more than £2 million and now employs more than 50 people.

Mr Goodall, who raises funds for cancer charities, has seen the head hunting business expand into the EU as well as the US, where it has focussed on hiring in the beauty industry. 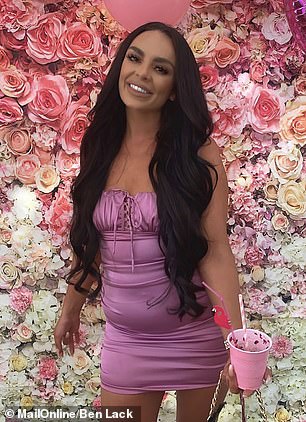 Its website says it conducts business in more than 60 countries across the world.

In a statement, the company declined to comment, simply saying: ‘This is an ongoing police investigation therefore it is not appropriate for us to comment at this time.’

Party girl Hanlon, who underwent cosmetic surgery to try and look like her idol Kim Kardashian, faces up to 14 years in prison if convicted.

Her grandmother went on: ‘Tara has never taken any drugs. She has always worked and when she was 14 she had a job at a golf club. She has always been working. She was into partying. She liked a bit of glamour did Tara.

She said Tara had last been in a relationship four years ago, but her family were shocked to hear of her arrest as they didn’t even know she was flying to Dubai.

‘This has knocked us completely out,’ she said. ‘It has come from the blue. It really has.’

She said Hanlon’s father Lenny had been doing his best to look after her and her two sisters as well as dealing with the grief of losing his wife Angela who died on March 27th aged 53.

‘Lenny is shocked and was already heartbroken for his wife. He is just trying to get over it.

‘Now he is fighting like hell for her, we all are as this is totally out of character.

‘She never, ever, ever did anything wrong that kid. She smoked and that was about it.’ 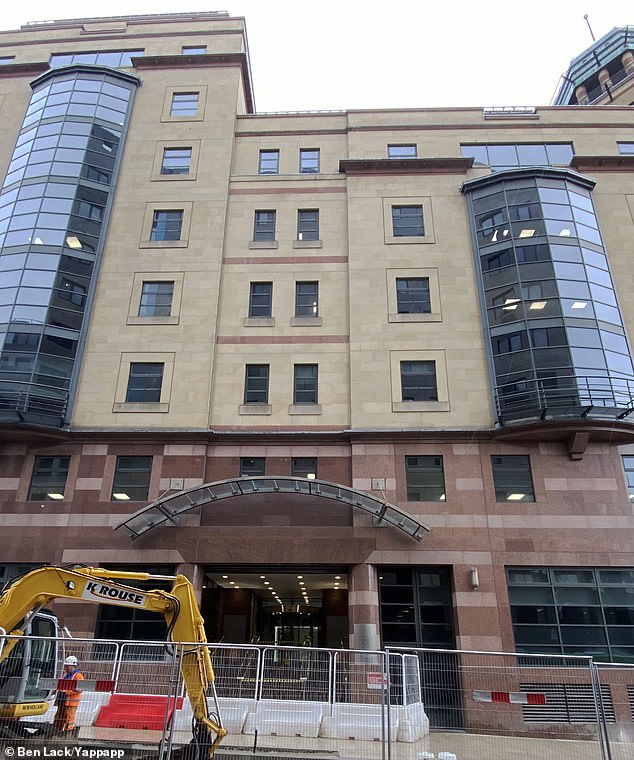 Hanlon had worked as operations manager at international recruitment firm Goodall Brazier, which has an office in Leeds (above). The firm declined to comment on the police investigation

Mrs Downs said she still regarded her granddaughter as a young girl because of the love and closeness between them.

She said the family were rallying round to support her.

Neighbours in a quiet cul-de-sac in Middleton, Leeds also spoke warmly of the smartly-dressed woman who was often seen walking her dachshund on the nearby green.

They said she would offer to pick up groceries for friends as she drove to the supermarket in her 2016 Mini Cooper.

When she threw a 30th birthday party last month at her detached home, she impressed the other residents by sending a polite note in advance to apologise for any loud music and inviting them to come along.

One neighbour added: ‘She wasn’t your typical girl next door as she wore a fair bit of make-up and liked to live a party life.

‘When I heard about what had happened to her, I could not believe it and kept thinking there had been a mistake. She would always smile and say hello.’

Hanlon was arrested alongside another woman, 28, from Doncaster, and an investigation was launched by the National Crime Agency. The other woman was released under investigation.

Hanlon appeared in court charged with money laundering and was remanded in custody until November 5, when she appears at Isleworth Crown Court.