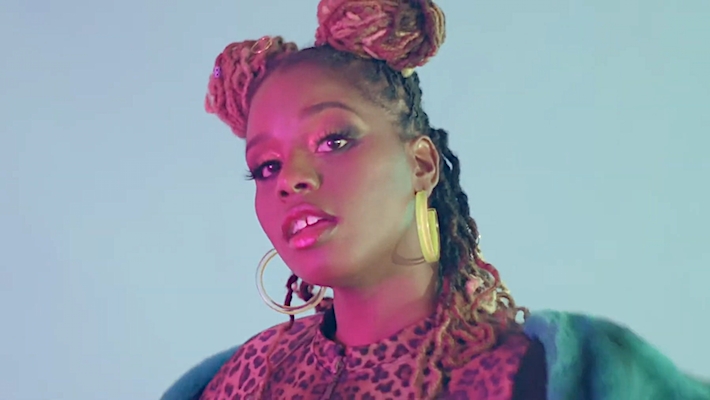 North Carolina singer PJ has had an eventful year. Along with dropping her EP Waiting For Paris, her track “Element” got a major co-sign when it was featured on Issa Rae’s curated Insecure season 4 soundtrack. The singer is also gearing up to make her debut on The Tonight Show Wednesday but first, PJ tapped Dreamville Records rapper Lute to join her in a captivating video alongside their track “I’m Forreal.”

Directed by Alison Roberto, PJ’s “I’m Forreal” video captures the singer’s vibrant energy and positions the two NC natives representing their hometown in LA. Dressed to the nines in various locations, PJ flaunts her self-made status through each boastful verse. “F*ck ’em all / Cuz baby I’m good / I found my little red right out the hood / I found a way to navigate round the woods,” she sings.

Ahead of the visual’s release, PJ wrapped up a nine-city Get Out The Vote tour with Common, which made stops in a handful of swing states. Prior to their tour, Common had called on PJ to appear with him at the virtual Planet Afropunk festival.

Waiting For Paris is out now via Atlantic. Get it here.