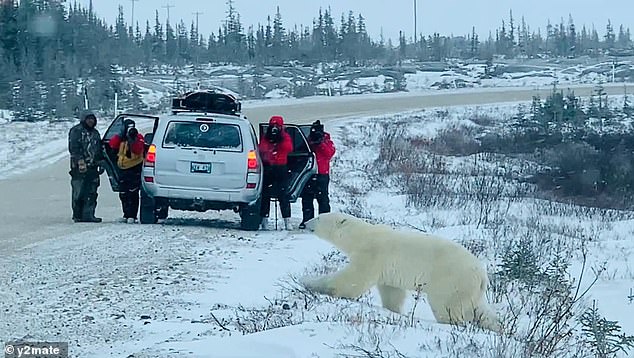 Polar bear calmly crosses road just a few feet from humans in remote Canadian town where 1,000 of the Arctic animals migrate every autumn

By Aliki Kraterou For Mailonline

A polar bear was filmed calmly crossing a road, just a few feet away from humans, in a Canadian town where about a thousand polar bears choose to migrate every year.

The polar bear looks perfectly comfortable being near people, checks them out briefly and then carefully crosses the road.

Footage shows the bear walking through the snow approaching the group who have pulled over to the side of the road.

The Arctic animal looks at them for a moment and continues on its way.

The video was taken earlier this month in the small, remote town of Churchill, Manitoba, in Canada.

Its residents are not surprised by the sight as polar bears are the town’s main attraction.

The town has been dubbed the ‘polar bear capital of the world’ as every autumn about a 1,000 polar bears choose to migrate there – one to every resident of Churchill. 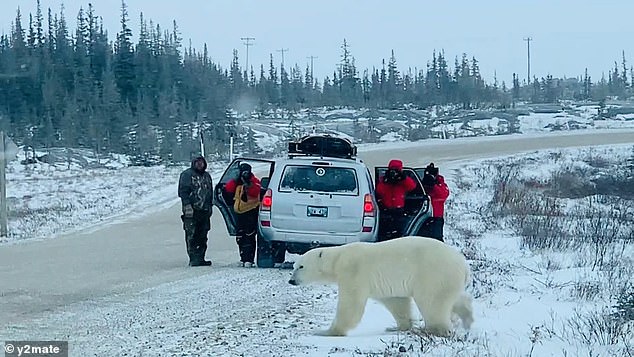 The residents of the town, located on the shores of Hudson Bay, share their streets with the bears every October and November.

The world’s largest land carnivores choose Churchill to await winter, when the bay freezes and they can perch on the ice and hunt for seals.

During polar bear season the town is filled with tourists who want to take a closer look of the bears. 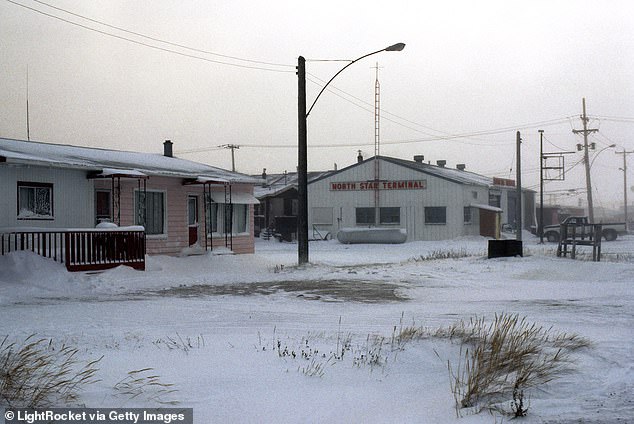 Churchill, Manitoba in Canada is nicknamed ‘ the polar bear capital of the world’ where about a 1,000 polar bears migrate every year