Police launch manhunt for suspect, 30, after an officer was held down and had his throat cut 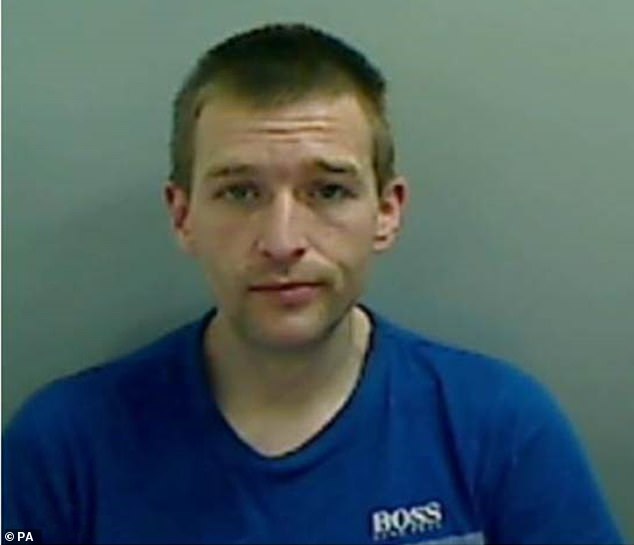 Police officer has his throat cut after being pinned down by three men while trying to stop drug deal as manhunt is launched for suspect, 30

Police have launched an urgent search for a suspect they want to speak to after a police officer was held down by three men and had his throat cut in a shocking knife attack.

Cleveland Police have appealed for information about the whereabouts of Aaron Gray, 30, who is thought to be in Middlesbrough, following an attack on an officer who had tried to make an arrest at around 8.30pm on June 19.

The officer witnessed what he thought was a drug deal in Athol Street, Middlesbrough, and had tried to intervene when he was punched to the ground and pinned down by two suspects.

The man who hit him then held a knife to his throat and cut it while making threats.

Cleveland Police are searching for Aaron Gray (pictured), 30, who is thought to be in Middlesbrough, following an attack on an officer at around 8.30pm on June 19

Cleveland Police said the identities of two of those involved are currently unknown but they ‘urgently’ need to locate Gray.

Anyone who knows where he is has been urged to come forward.

Detective Superintendent Helen Barker said: ‘This was an incident which involved an officer who was simply carrying out his policing duties.

‘Thankfully he was not seriously physically injured; however, understandably, he remains very shaken.

‘He is recovering at home and has received many messages of support from colleagues across the force.

‘We need to locate and speak to Gray as quickly as possible.

‘We believe he remains in the local area, probably within Middlesbrough.

‘People will know where he is, and I’d urge them to pass information to Cleveland Police via the 101 number.’

Information can also be passed anonymously to independent charity Crimestoppers online at www.crimestoppers-uk.org or by phoning 0800 555 111.