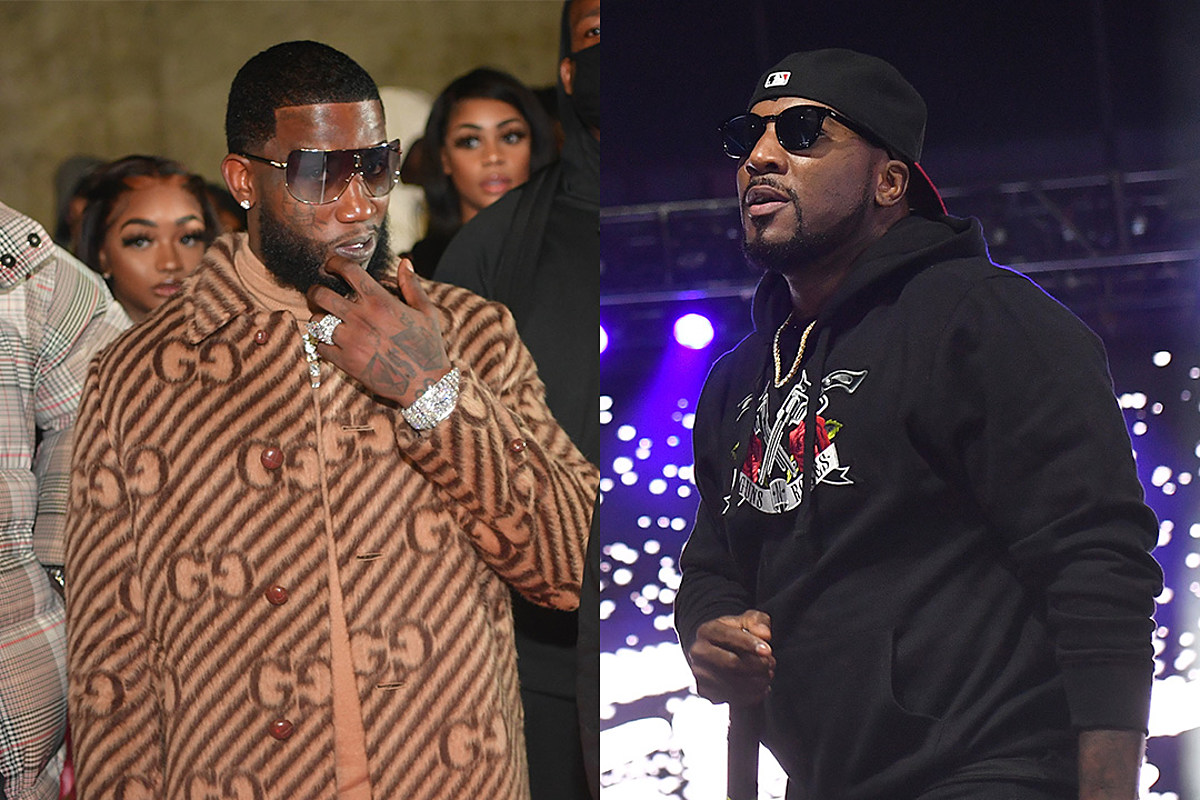 The intense feud between Gucci Mane and Jeezy took a positive turn following the two Georgia natives battling it out during a Verzuz battle last week. However, the son of Pookie Loc, whose death amplified the tension between the rappers 15 years ago, has spoken out and claims he’s now receiving death threats.

In a Facebook post that has been circulating online, Pookie Loc’s son, Quint “Leftside” Ross, says he’s been receiving threatening messages. Ross hopped on Facebook Live this afternoon (Nov. 23) to reiterate that he is being threatened after defending his father’s death, which Guwop made light of during the hit-for-hit battle.

“‘Bout to see the views, my page, my Instagram, my story on Facebook,” he begins in a clip from his livestream. “Cuz, like. I’m doing hella views. These folks chompin’ at me hard. Say I’m clout chasing and all that. Folk done lost they rabbit ass mind out here, man. Just saying. They say I’m a little bit too loud. I told them come pipe me down. Why the hell I gotta chase the clout if I’m just tryna defend my daddy name? That man said he smokin’ on my daddy. What? The fuck wrong with y’all weird ass niggas, mane? If it was one of y’all people that passed away, a bitch say they smokin’ on y’all shit, ya feel me? Y’all woulda goddamn got upset, too, and said something. It ain’t alright. I’m getting death threats. All type of shit, cuz.”

While the reason Pookie Loc’s son is receiving these threats is unclear, it appears to come after he wrote statuses on Facebook regarding the battle and apparently went on a livestream dissing both Gucci and Jeezy following the Verzuz battle. All Urban Central’s official YouTube page shared images of the social media messages on Saturday (Nov. 21).

“Boy that nigga disrespectful asf and jeezy boy I’m upset with you cuzz,” he wrote in one status. In another, Ross typed, “Yep I’m done this shit out of hand Ian gon lie I just got so upset as I should have.”

Then, in a video of a livestream of some sort shared on WorldStarHipHop on Sunday (Nov. 22), Ross vented, “Bitch ass thang, man. All them folks in my inbox sending me death threats talking about y’all this and y’all that. Man, fuck all that. Fuck Jeezy, fuck Gucci Mane, fuck who rockin’ with them niggas.”

Pookie Loc’s son is referring to Gucci Mane playing the Jeezy diss track “Truth” during the battle, in which he speaks on killing the former Corporate Thugz Entertainment (CTE) World artist, who was a friend of and signed to Jeezy prior to his death. “Put that nigga ass in the dirt,” Guwop said during the Verzuz after playing the diss record. “Smoking on Pookie Loc tonight. Send some more, I’ma send them the same way, in a box back to you.”

Pookie Loc was killed by Gucci in an act of self-defense back in 2005 after attempting to rob the ATL rhymer during a home invasion. Gucci did do jail time, but was released due to lack of evidence. The murder was the peak of Gucci and Jeezy’s beef.

Prior to Gucci dropping “Truth,” Jeezy released his own diss towards Mr. Zone 6 called “Stay Strapped.” On the song, Jeezy claims he put a $10,000 bounty on Gucci’s So Icy chain and said that he wanted to have the chain back. It’s worth noting that during the battle, Gucci mentioned that his outfit cost him $10,000, which could have been a jab at Jeezy.

As far as the origin of the beef, it supposedly stems from their collaborative effort “So Icy,” which they performed to close out the Verzuz battle.

At the end of the battle, Gucci accepted Jeezy’s olive branch and it appears that the two are at the very least on cordial terms.

‘Our Marriage Is Finally Over’: Teen Mom OG’s Mackenzie And Josh…

Intel now sells desktop graphics cards, but don’t get your hopes up