Pregnant woman, 21, delivers baby by emergency C-section after being shot in shoulder in Brooklyn

Eight-months pregnant woman, 21, delivers baby by emergency C-section after being shot in the shoulder in Brooklyn

By Maxine Shen For Dailymail.com

A 21-year-old pregnant woman had to have an emergency C-section to deliver her baby after she was shot in the shoulder in New York City.

The NYPD said that the eight-months-pregnant woman, who has not been named, was shot one time in the right shoulder in Brooklyn’s Crown Heights neighborhood Saturday.

A pregnant 21-year-old woman was shot in the shoulder in Brooklyn’s Crown Heights neighborhood Saturday. The cross street where she was said to have been shot is pictured 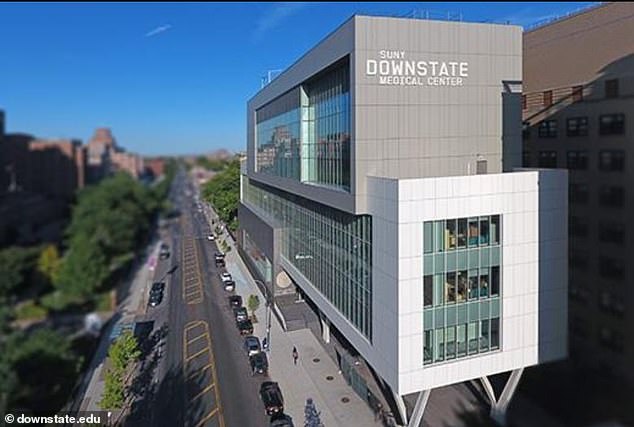 Police said the woman walked into SUNY Downstate Medical Center after the shooting, where she was treated for her wound and had an emergency C-section

Police said she was treated for the gunshot wound and had an emergency cesarean section to deliver the baby.

The woman and her newborn are in stable condition, authorities said.

The NYPD has not yet released a description of the shooter.

The woman was described by police as being ‘highly uncooperative’ in identifying who shot her, according to PIX11.

Her shooting was one of seven gun violence incidents reported in New York City over the weekend.

Six people – including the pregnant woman and a 17-year-old victim – were shot on Saturday, twice the number of people shot on the same day in 2019.

On Sunday, a man was shot in the head at 9.40am in Brooklyn’ Prospect Lefferts Garden. Witnesses said that he had been in a physical fight with another person shortly before the shooting, the New York Post reported.