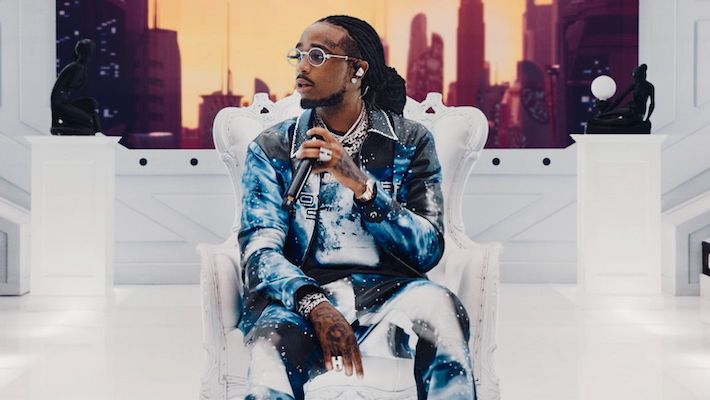 Atlanta rap star Quavo is almost as well-known for his athletic prowess as he is for his raps as a third of Migos. Now, he’s getting involved in the sports world in a different capacity. Today, Quavo announced he has acquired a minority stake in the athletic apparel brand Legends. After previously partnering with Legends for his annual Huncho Day charity event, Quavo joined an investment group that includes NBA players Matt Barnes and Steve Nash and NFL players Baker Mayfield and William McGinest, as well as a number of other young NFL stars in taking ownership of Legends and beginning work on new collaborations.

In a press release, Quavo said, “I’m excited to officially be a part of the Legends family. Legends is about striving to be the best no matter what it takes, fighting to get to the top. The team is already shaking up the game with performance gear that fits the look and lifestyle of the new age athlete. Now we’ll take it to the next level.”

Other brand partnerships Quavo has started this year include one with video game publisher Activision to promote Crash Bandicoot 4: It’s About Time. He also leveled up his education, announcing that he’d graduated “high school” by receiving his G.E.D.

Check out more information about Quavo’s partnership with Legends here.