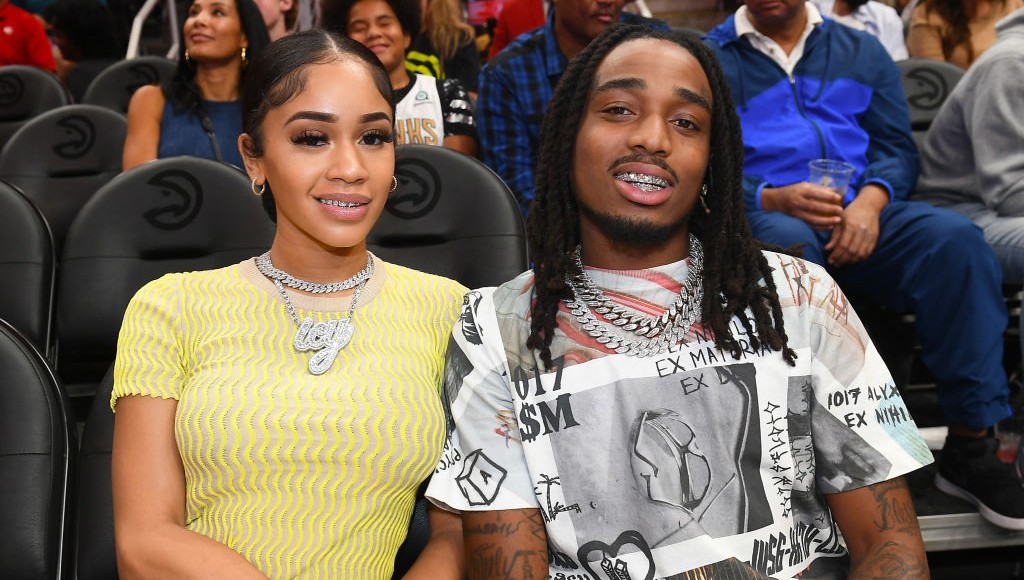 All eyes were on Quavo’s relationship with Saweetie in October when he posted a screenshot revealing how he boldly slide into her DMs with a snowflake emoji. The screenshot went viral and everyone from Zack Fox to sports teams stole Quavo’s smooth tactics. That’s why fans were up in arms Thursday when rumors began circulating which insinuated that the rapper had cheated on Saweetie, but it looks like Quavo has now stepped up to lay the rumor to rest.

It all started during Thursday night’s Verzuz battle between Jeezy and Gucci Mane. Comedian/viral prankster Gerald Huston trolled various celebrities in the comment section of the Instagram Live stream and landed on Quavo as his next victim. Along with making a number of other statements, Huston alleged the rapper was cheating on Saweetie with Reginae Carter, Lil Wayne’s daughter.

The rumor took off and began to snowball once the prank was picked up on Twitter and many fans expressed their disappointment in Quavo.

But it didn’t take long for Quavo to catch wind of the rumor and shut down the reports with a since-deleted tweet.

Check out Quavo’s response above.

Some of the artists covered here are Warner Music artists. Uproxx is an independent subsidiary of Warner Music Group.