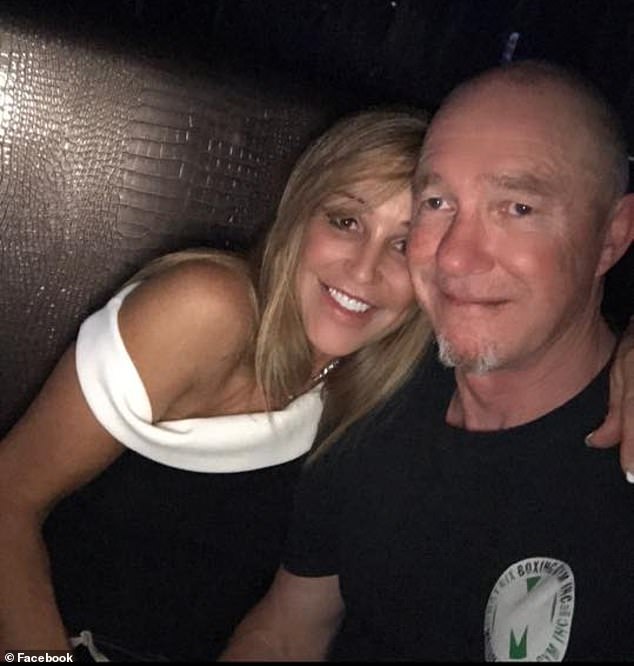 Wealthy neighbours in a luxury waterfront street have taken their bitter personal feud to court amid allegations dog poo was left in front yards and homes were egged.

John Faulkner and his wife Alyson lodged a peace and good behaviour application in the Southport Magistrates Court against former friends Adam Gregory and his wife Catherine Ross on August 4.

Mr Faulkner, a former racing car driver, and his wife lived in the same flash Runaway Bay unit complex on the Gold Coast as Mr Gregory and Ms Ross for more than a year before their friendship soured.

Court documents claimed the relationship broke down when Mr Gregory allegedly shoved Ms Faulkner after she ran outside upon hearing a commotion in the park next to their unit block and found Mr Gregory ‘aggressively’ confronting people, The Gold Coast Bulletin reported.

But Mr Gregory denies ever doing such a thing and has filed a cross claim in court in which he alleges the Faulkners ‘harassed’ him after he told them to control their dog. 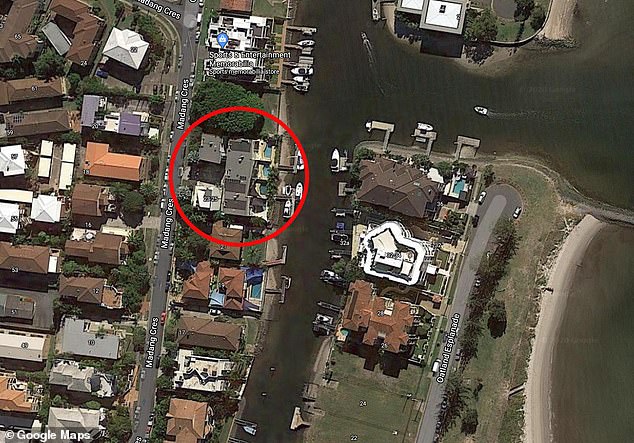 Ms Faulkner claimed that on August 1 she heard a dog barking and found Mr Gregory already out in the park confronting people who he claimed were urinating in public.

That allegedly led her to confront Mr Gregory herself and tell him ‘you are not the park police’ which she alleges led to him push her forcefully.

But Mr Gregory denied ever pushing the woman and filed a counterclaim, accusing Ms Faulkner of allowing her dog to defecate in his yard.

In her and her husband’s application to the court, Ms Faulkner alleged that her one-time friend was acting aggressively towards those in the park. 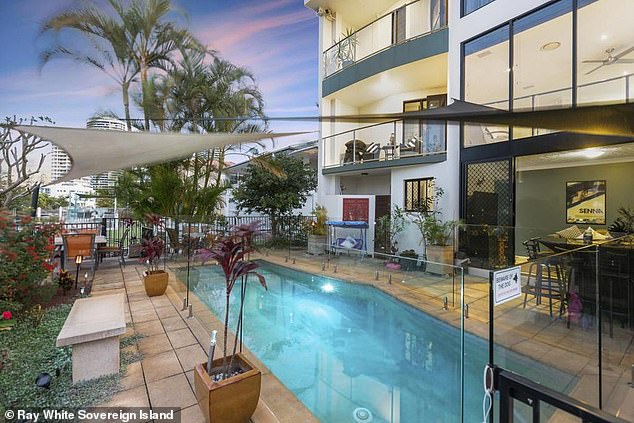 ‘He was posturing, pointing and moving towards them with aggression,’ she alleged.

‘I yelled at Adam again “get your f***ing dog, and your violent temper and go back home and stay in there – you are not the park police”.’

The woman alleged that she turned away moments later before hearing Mr Gregory moving behind her.

‘Without warning he raised both arms and straight-punched the heels of both palms into my rib cage, causing me to launch into the air from the force of landing on my left elbow, which I had unconsciously thrust backwards to protect my fall, twisting my right knee,’ she claimed in court documents.

As she moved away, Mr Gregory allegedly yelled: ‘Keep wailing you b****!’. 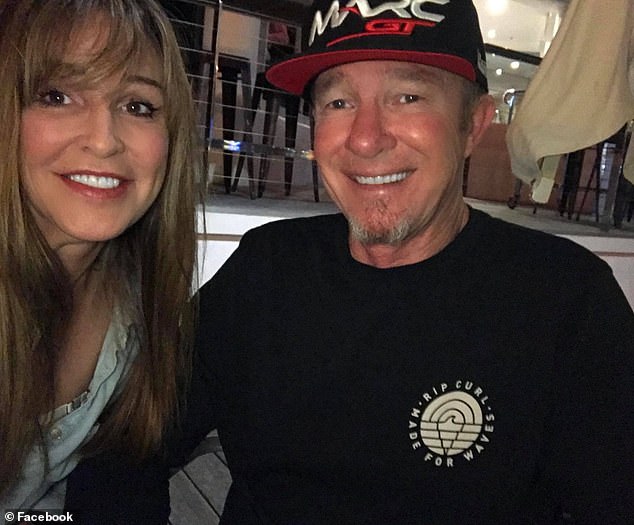 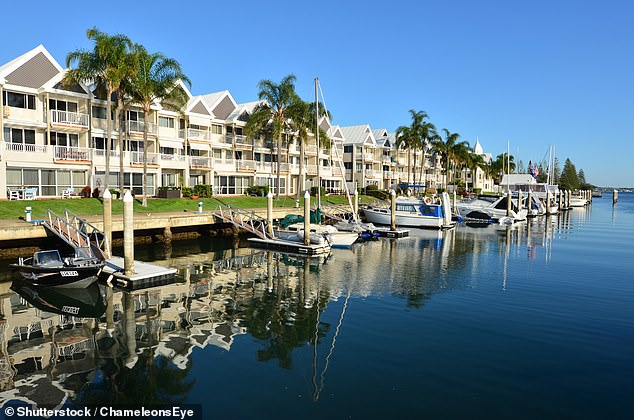 Mr Gregory denied the alleged assault and has since launched separate court action against the Faulkners. Pictured: Stock image of Boats moored in Runaway Bay

Ms Faulkner claimed she injured her rotator cuff and groin during the incident.

Queensland Police investigated the incident but did not lay charges.

Mr Gregory denied the alleged assault and accused the Faulkner’s adult daughter of throwing an egg at their house in retaliation.

He also claimed that the Faulkners had been harassing him after he asked them not to let their dog defecate in his yard.

‘Whilst everything with COVID-19 is going on, can you please stop letting your dogs poo in our garden as dogs can carry the virus?’ Mr Gregory claims he asked them.

A few weeks later Mr Gregory claimed he saw Mrs Faulkner in his front yard looking for dog faeces when he told her: ‘That’s enough of your ass today, thanks’.

He then claimed Mrs Faulkner swore at him when she responded, adding that he also asked the woman not to smoke near his home. 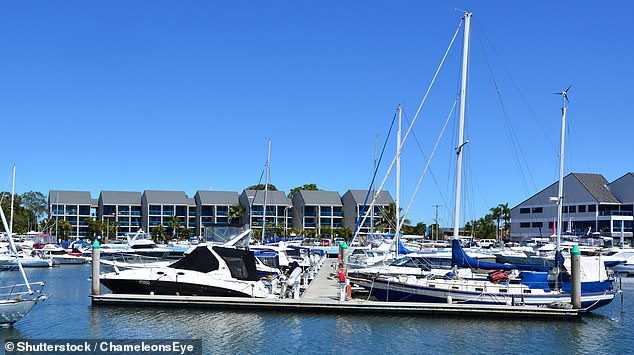 Mr Gregory claimed Mrs Faulkner swore at him when she responded, adding that he also asked the woman not to smoke near his home (stock image of boats mooring at Runaway Bay Marina)

According to court documents, Mrs Faulkner responded and said: ‘Nobody wants you here, everyone hates you and we all know your mummy bought the house. We are going to have your dog taken away from you.’

The man also accused the couple of taking a parcel belonging to him and only returned it when Ms Ross knocked on the door.

The hearing will continue at Southport Magistrates Court on February 25.

Which vacation hotspots are cheaper, and that are pricier, in comparison with 2020,…