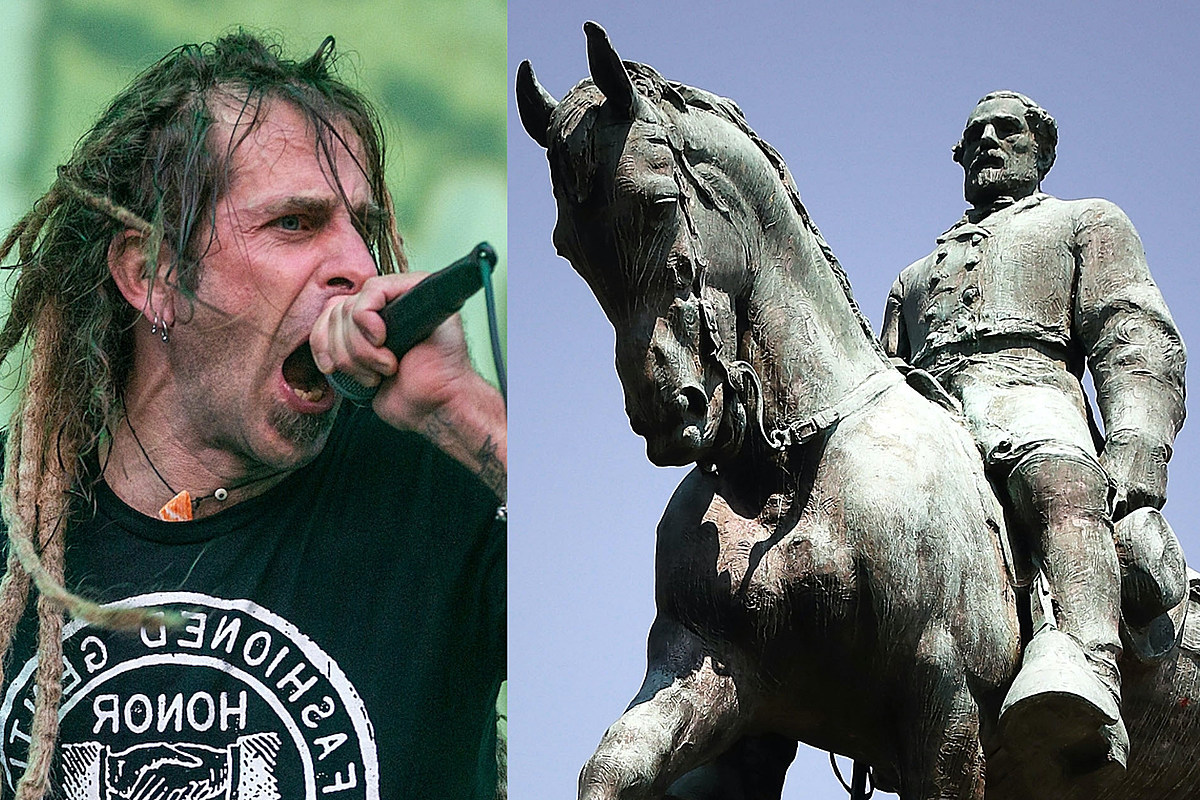 Lamb of God‘s Randy Blythe used the recent removal of Confederate monuments in Charlottesville, Va., as a teaching moment, emphasizing Confederate General Robert E. Lee’s own words regarding military memorials to the fallen Confederate States in the wake of the American Civil War.

Last Saturday (July 10), the city just northwest of Lamb of God’s Richmond, Va., origin point removed statues of Lee and Confederate General Stonewall Jackson, as NPR reported. The monuments and the proposal of their removal were at the center of the 2017 terror attack that killed one and injured several others after a person drove their car into the crowd during a Unite the Right rally in Charlottesville.

Blythe, an avid photographer, traveled to the area last week to document the statues as they came down, arriving just in time to snap the Jackson statue’s removal. Sharing the photo online, the Lamb of God vocalist pointed out that Lee expressed thoughts opposing Confederate monuments in his final years.

Indeed, per historian Jonathan Horn, Lee wrote in 1865, “As regards the erection of such a monument as is contemplated, my conviction is, that however grateful it would be to the feelings of the South, the attempt in the present condition of the country would have the effect of retarding, instead of accelerating its accomplishment, and of continuing, if not adding to, the difficulties under which the Southern people labor.” [via Time]

In a separate note from 1869, Lee added, “I think it wiser not to keep open the sores of war but to follow the examples of those nations who endeavored to obliterate the marks of civil strife, to commit to oblivion the feelings engendered,” according to PBS.

Contemplating Saturday’s events, Blythe said, “People say you can’t erase history by taking those statues down. They are right, but that’s not the point of those statues coming down — no one is trying to forget history at all; they are striving for an accurate recounting of it.”

He continued, prefacing the Lee excerpts, “A much better instructional source than statues are actual letters from the period we are studying. We can and should learn from those writings, so here’s a couple of quotes from the letters of a man who was very much opposed to such monuments.”

While the Lee quotes are authentic, the debunking websites Snopes maintains it’s “unclear whether, or to what degree, Lee’s antipathy toward Confederate monuments was more pronounced than his antipathy toward building Civil War monuments in general.”

Politicians are consistently using songs by bands without their permission, and these artists had enough of it.